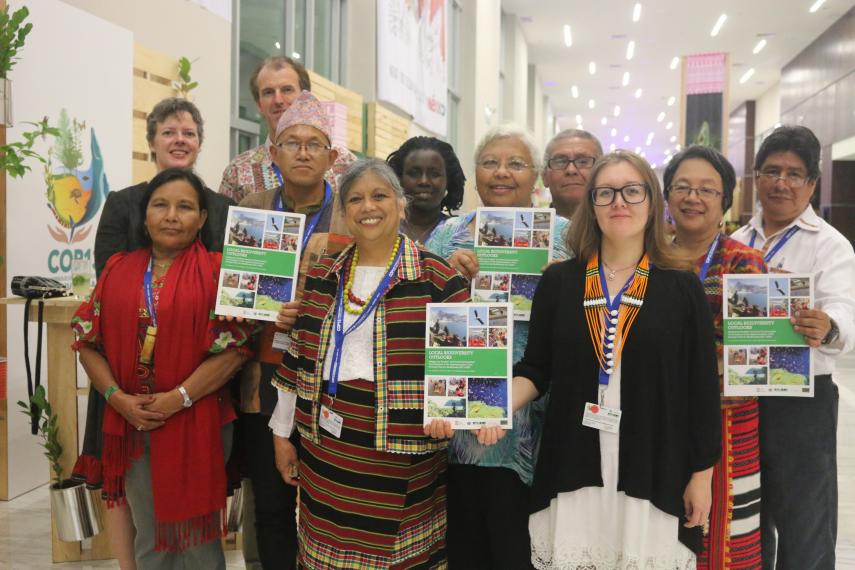 The need for greater respect for indigenous peoples and local communities was high in the political agenda of the thirteenth meeting of the Conference of the Parties to the Convention on Biological Diversity (CBD COP13).

Throughout the two-week meeting, which was held in Cancun, Mexico, from December 4, indigenous and community representatives fought to have their voices and actions on the ground given greater recognition.

During COP13, Forest Peoples Programme (FPP) and the International Indigenous Forum on Biodiversity (IIFB), with support from the CBD Secretariat, launched the Local Biodiversity Outlooks, a publication showcasing how indigenous peoples and local communities across the world are contributing to the Strategic Plan for Biodiversity 2011-2020, and the 20 Aichi Biodiversity Targets. There were several local case studies that set an example to the global community about efforts that were successfully safeguarding and using biodiversity sustainably. This included the Kirant people of Nepal protecting the endangered red panda, and the Plan de Vida (Plan of Life) of the Misak people of Colombia, which is being passed on to younger generations through the peoples’ oral tradition and, more recently, modern communication tools.

We argued that the research, carried out with the International Indigenous Forum on Biodiversity (IIFB) and the Secretariat of the Convention on Biological Diversity, showed how the global community needed to recognise the contribution of IPLCs, responding to it, supporting it and setting up projects and programmes in partnership with them to learn from their expertise, protect their rights to allow them to continue their work, and to grow biodiversity initiatives globally.

The serious concerns raised included the requirement for FPIC before accessing and using IPLCs’ traditional knowledge - including their right to not give consent – how customary law should not be subjected to national legislation, and the importance of international obligations, including human rights.

In a statement released at the COP, Preston Hardison from Tulalip Tribes in the USA said:

“These discussions concern our traditional knowledge, that we have traditionally held since time immemorial. This is the knowledge given to us by our Creator and our ancestors…  Some parties seemed intent on qualifying and limiting the value of the guidelines. … We believe that indigenous peoples’ and local community rights cannot be limited in this way.”

“Indigenous peoples and local communities face constant battles for both acknowledgement of their contributions to society, and respect for their rights under national and international law. We saw a huge groundswell of support and interest in the role of indigenous peoples and local communities in advancing the implementation of the CBD. To have this progress undermined in the last days of COP13 is disheartening and needs to be addressed by the Parties in order to cement real partnerships with us.”

FPP and IIFB plan to augment the evidence about the contribution of IPLCs towards the objectives of the Convention by building on the positive experience gained through the production of the Local Biodiversity Outlooks, which can be accessed at www.localbiodiversityoutlooks.net