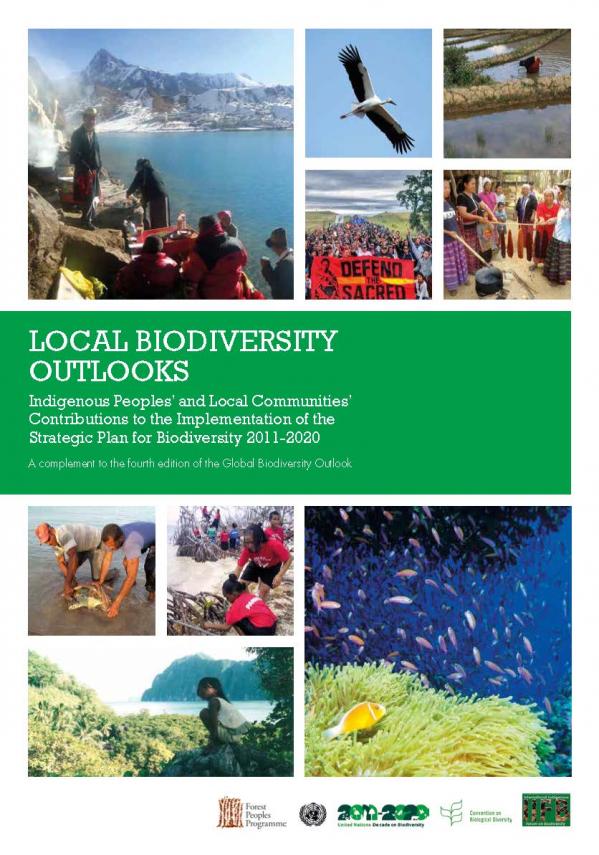 A publication bringing together the perspectives and experiences of indigenous peoples and local communities (IPLCs) on the implementation of the Strategic Plan for Biodiversity has been officially launched at the thirteenth meeting of the Conference of the Parties to the Convention on Biological Diversity (CBD COP13) in Cancun, Mexico.

Local Biodiversity Outlooks presents the perspectives and experiences of IPLCs and describes their contributions to each of the Strategic Plan’s goals and targets.

Speaking at the launch, Joji Carino, coordinator of the IIFB working group on indicators and senior policy advisor for Forest Peoples Programme, said: “It is with great joy and satisfaction that during the 20th anniversary of the IIFB, we’re launching this compilation of the experiences of indigenous peoples and local communities in implementing the Strategic Plan for Biodiversity. It complements the Global Biodiversity Outlooks, which was launched at COP12.

“At the time IIFB had a meeting, and we said ‘wouldn’t it be wonderful if the perspectives of indigenous peoples and local communities were compiled into a publication?’. We agreed that the IIFB would produce an Outlook from indigenous peoples and local communities and the idea was conveyed to the Secretariat who agreed it would be an excellent complement to their work.”

The publication was based on a series of case studies from indigenous people and local communities from countries as diverse as Colombia, Kenya and the Philippines.

Its key messages include:

One contributor was Chief Tony James, from the Wapichan in Guyana, in South America. He said: “During the past decade, the Wapichan people have carried out research on traditional knowledge and customary sustainable use, leading to the adoption of a collective plan for territorial management and sustainable management. Community mapping and monitoring is being used to advance our territorial land claims, and will lead to better policy and legal institutional support. As a result of this research, we have also seen an increase in the recognition and respect for our knowledge and customary sustainable use.”

Further information can be found at http://localbiodiversityoutlooks.net/