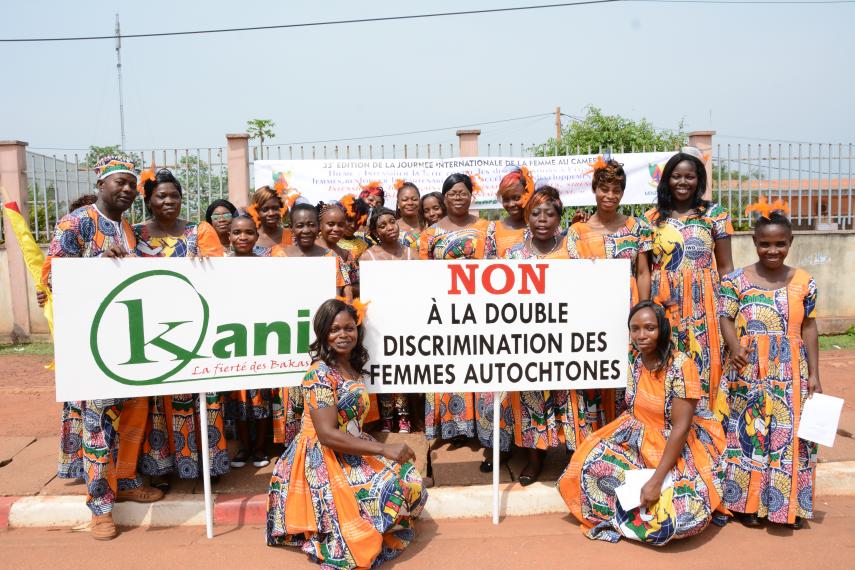 The indigenous women of Cameroon’s forests made their presence felt in a parade celebrating the 33rd edition of International Women’s Day through strong advocacy messages concerning their rights (click through for videos in french): 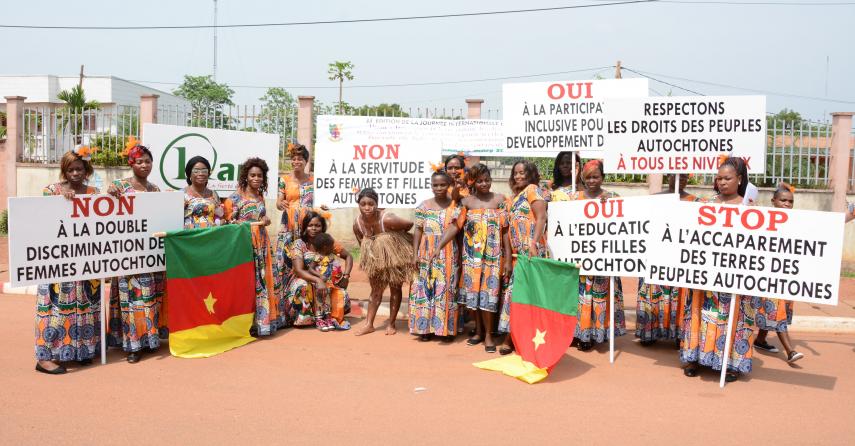 In Cameroon, indigenous forest peoples comprise four distinct groups: the Baka predominantly living in the East and South regions of Cameroon; the Bakola and Bagyéli in an area of around 12,000 km² in the South of Cameroon (most notably in the Akom II, Bipindi, Kribi and Lolodorf arrondissements); and the Bedzang in the Center region, North-east of Mbam in the Ngambè Tikar region. All of these groups have in common their attachment to their ancestral lands, the forest they know inside out and which they consider a common good that represents to them the basis of their existence. However, the indigenous women of Cameroon’s forests cannot fully enjoy their rights. On a daily basis they are victims of multiple forms of discrimination which prevent them from taking advantage of opportunities to assert their rights. Cameroon has ratified or voted in favour of multiple legal instruments, both at the international level and the sub regional African level, concerning indigenous women’s rights, among those are:

There are some advances concerning the rights of indigenous women, but these advances are not yet sufficiently felt and much remains to be done to ensure that indigenous women and girls can fully enjoy their rights like other social strata. Several key issues can be listed, among them: 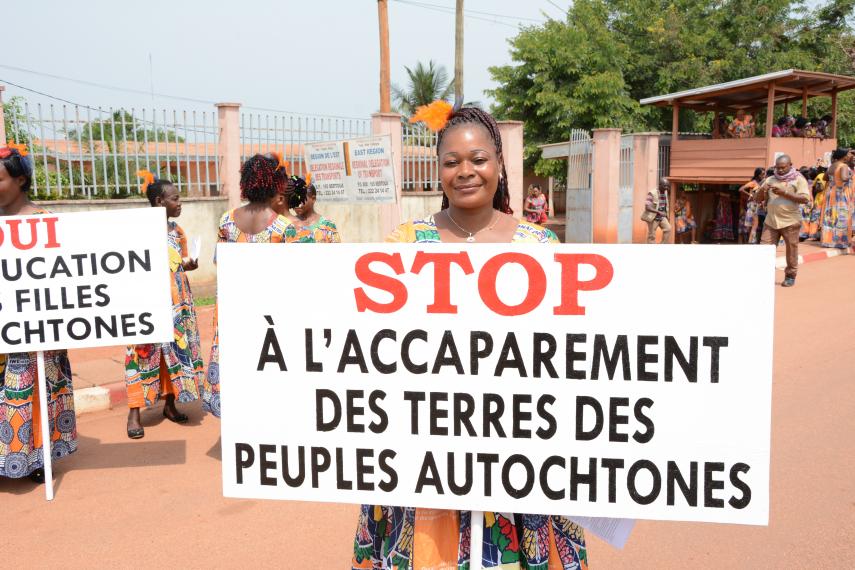 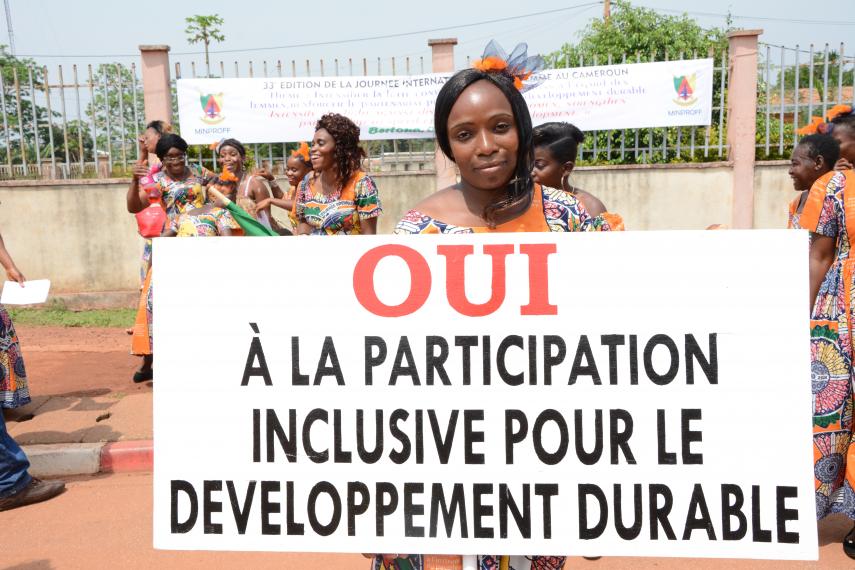 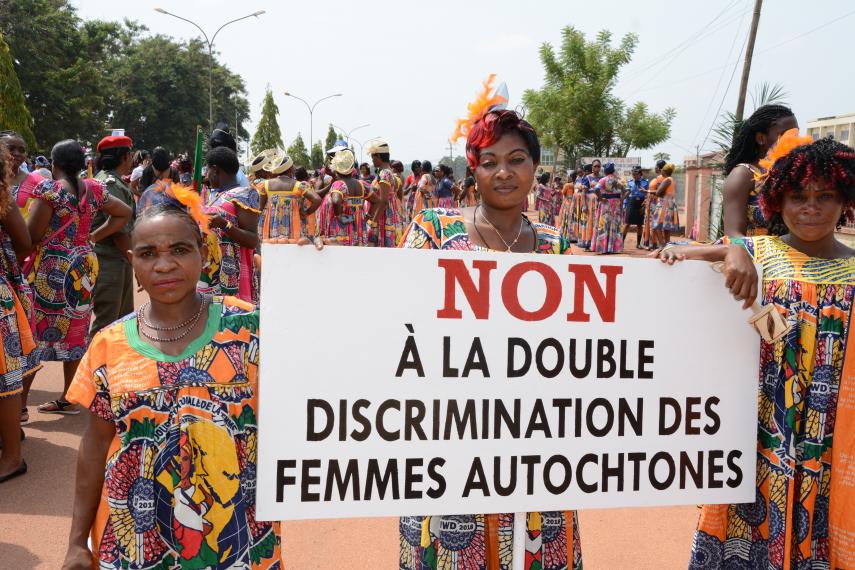 NO to the double discrimination of indigenous women 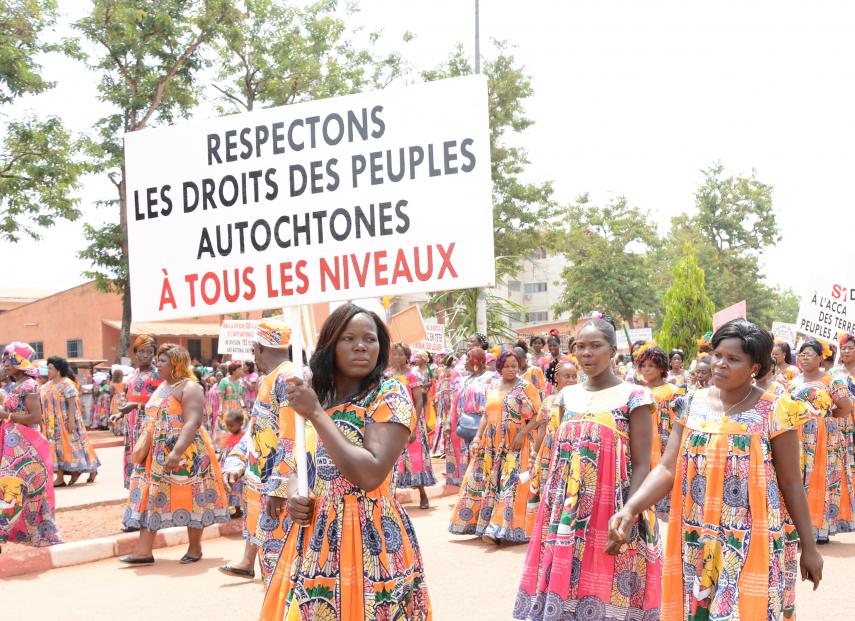 Let us respect indigenous peoples’ rights on all levels 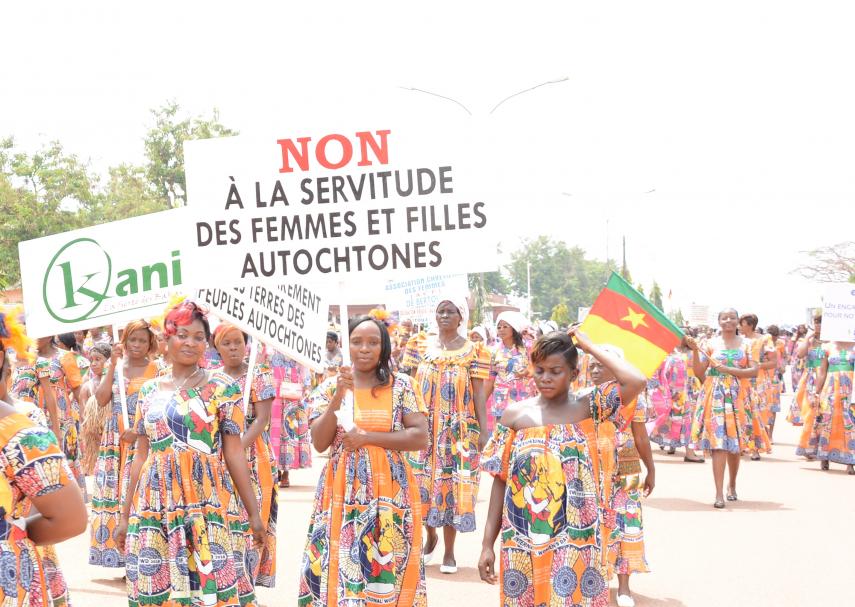 NO to the servitude of indigenous women and girls 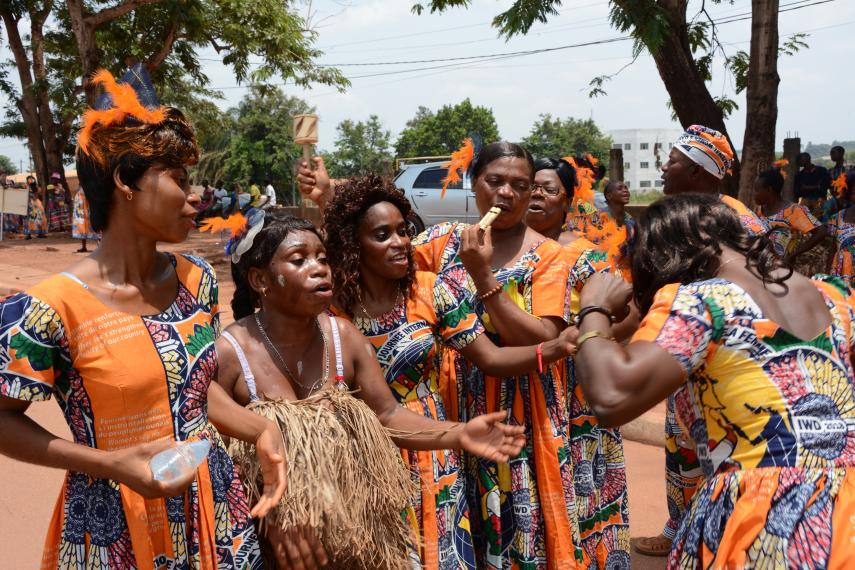 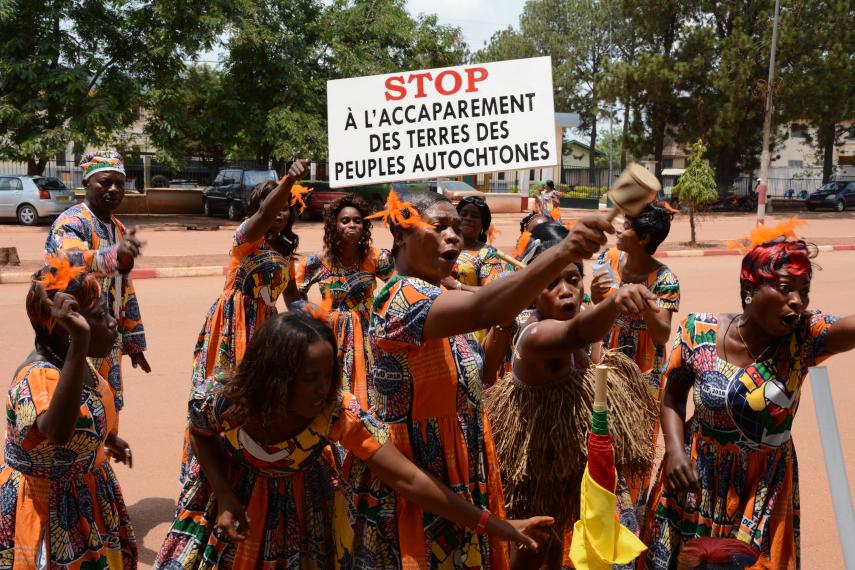 The ladies bring it!