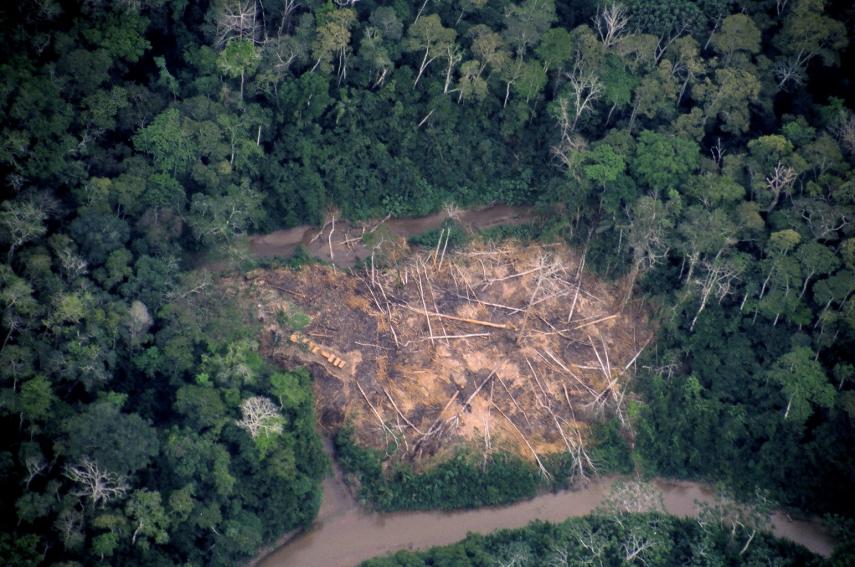 The future of an 80 million USD land titling project in Peru, financed by the Inter American Development Bank (IDB), is on a knife-edge. AIDESEP, Peru’s national indigenous Amazonian peoples’ organisation, argues that conflicts over land and forest destruction will be intensified as a result of the initiative. Indigenous organisations have filed a petition to the Peruvian government demanding a formal process of consultation before the project proceeds.

The project aims to register and issue land titles for over 700,000 migrant farmers. However it fails to guarantee the protection of hundreds of indigenous communities in the Amazon, whose lands remain without protection despite years of protests by the communities, and the existing legal obligations of the Peruvian government to provide such protection.

“It can’t be possible to continue thinking that the Amazon is only a wilderness without indigenous communities,” said Henderson Rengifo, President of AIDESEP. “We demand that this project respects our right to life by securing our territories…"

Land conflicts and forest destruction are rife in the Peruvian Amazon, yet the Peruvian government continues to promote agricultural colonisation in the Amazon driving up deforestation rates as detailed in a recent AIDESEP-FPP report. At the same time the Peruvian government fails to provide secure legal recognition for over 1000 indigenous communities and approximately 20 million hectares of unprotected indigenous territories, identified in a comprehensive report compiled by AIDESEP. Horrific events like the recent assassinations of Asháninka leaders defending their territory will continue while these contradictions exist.

Failure to prioritise the titling of indigenous lands not only disregards the lessons learnt in formal evaluations of land titling investments commissioned by the IDB, but also violates Peru’s legal obligations to protect indigenous peoples’ territories. This includes the State obligation to abstain from issuing concessions or “any actions that might … affect the existence, value, use or enjoyment of the property”* until the delimitation, demarcation, and titling of indigenous peoples’ territories have been completed.

They also point out that the programme jeopardises the parallel efforts of other IDB projects in Peru, including the Forest Investment Programme, to arrest and slow down deforestation rates as well as the Peruvian government’s own lofty ambitions to reduce net deforestation to zero by 2020.

The IDB** and senior officials from Peru's Ministry of Agriculture responded to AIDESEP’s formal petition by announcing that they hope to redesign the project and recommend that the titling of indigenous lands is prioritised. AIDESEP leader Bernabé Impi insisted that they will proceed to filing a formal complaint to the IDB’s grievance mechanism if the project is not reformulated as promised.