Call to respond to the threats to the Sengwer 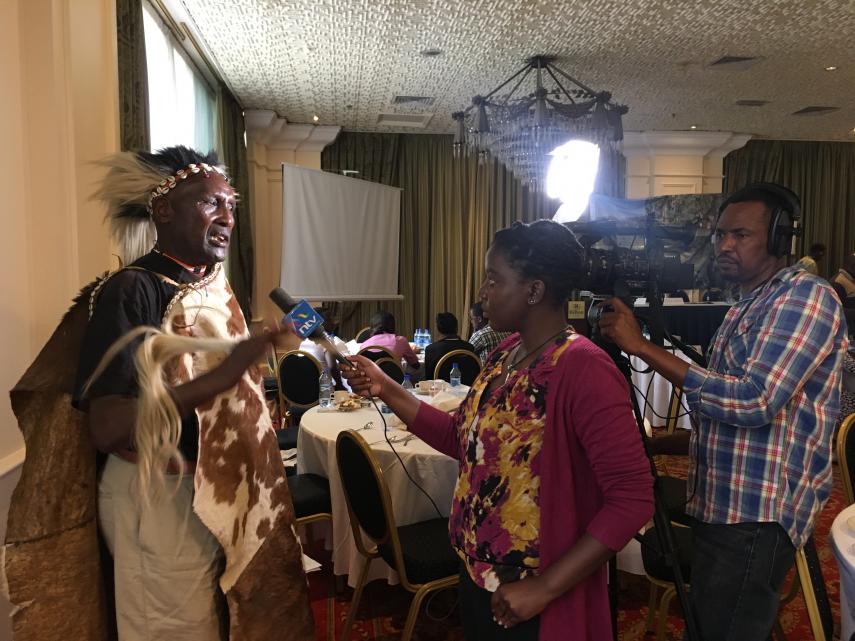 A powerful press conference was held this morning, 4 January 2018, in Nairobi, attended by over 20 press representatives and 26 Sengwer community members. Milka Chepkorir and Yator Kiptum spoke powerfully about the suffering their Sengwer community are experiencing at the hands of the Kenya Forest Service.

Call to respond to the threats to the Sengwer

On Monday evening on the 25th of December 2017 our marginalized community, the Sengwer forest indigenous peoples of Embobut forest, received a Christmas present that no one should have to receive.

Over 100 armed Kenya Forest Guards (KFS) were deployed to Tangul KFS camp in Embobut forest. They brought great fear to our community:

On 29th December KFS guards started to forcefully and unlawfully evict us from our ancestral lands in Kapkok, Koropkwen and Kaptirpai glades in Embobut forest:

The fact that KFS chose to come at Christmas and operate at New Year shows that they are not acting in good faith. They are acting in a way to avoid scrutiny. They know the courts are closed at that time, that the media and politicians are on holiday then. They want to do damage when no one is there to see. Is this how state agencies act when they are acting according to the law?

We have a court case that should protects us. We secured an injunction against being evicted in March 2013 and yet have been evicted many times since. Those evicting us should follow the due process of the law not act outside the law. We are following up our issues with the rightful people - both the courts and the National Land Commission. Meanwhile, KFS and the Ministry are taking short cuts and acting maliciously. We will be asking the Clerk of the National Assembly and the Clerk of the Senate to make sure that Parliament investigate the actions of KFS and the Ministry of Environment and Natural Resources. They need to obey the law.

This is nothing new for us. We have repeatedly experienced forced evictions at the hands of the KFS. Its wardens have regularly burned our homes, along with stores of food, blankets, school uniforms and books. Over the years they have made thousands of our people homeless in what at night can be a cold high land to have no home. Old people and others have died from cold and illness resulting from evictions. Community members have been continually harassed, including women being raped.

The Ministry and KFS continually claims that they are evicting squatters, while at the same time blocking visits by KNCHR, by Amnesty International and by other independent bodies, because they know full well that the truth is that these are our ancestral lands, and our rights to our ancestral lands are recognised in Article 63 of the Constitution.

Why are they doing this?

They say it is because the high forests of Embobut and the Cherangany Hills are one of the 5 water towers of Kenya, that these forests need to be protected for the water in Kenya to flow.

We agree that our forests need to be protected, both because they are fundamental to our way of life, and because they regulate the flow of water to downstream communities. But we know that from bitter experience that when our community rights to our lands are not recognised then we cannot protect our forests and our lands. We have seen first the colonial government and then governments since independence allow the marginalisation of communities like ours:

The only way to secure these lands and protect these forests is to secure our community's rights to our lands. Across the world where indigenous peoples collective rights to their forests is recognised their forests are far better protected than when armed guards are brought in from outside: armed guard and institutions who have no long term interest and care for these lands.

Even the World Bank acknowledged the same. In their plans for the Natural Resource Management Project (the NRMP) that started in 2007 they focused on the need to secure our community tenure. In 2011 they dropped that part of their work in the NRMP, and when we brought our complaints to the World Bank who were funding KFS actions from 2007 to 2013, the World Bank's own Inspection Panel found in our favour. They acknowledged that they should not have been strengthening a body, KFS, that remains committed to forceful evictions.

After that the World Bank brought experts from across the world to Eldoret to explain in the 2015 Colloquium that securing ancestral communities rights was the best way to protect forests. But the Permanent Secretary at Environment didn't listen, instead he insulted us for wanting to live in our forests. KFS didn't listen, instead they sought for funding from the EU to fund the WaTER project in order to carry on the same failed and violent approach to forcefully taking our lands.

Many many many of our people were forced from our lands due to harassment, destruction and the poverty that results. But many many many of us remain and insist on returning to and caring for our ancestral lands.

The EU is in the process of funding the Water Tower project (WaTER) in our lands as well as at Mt Elgon.

The approximately 3.6 billion Kenya shillings includes funding to a KFS whose actions run completely counter to our human rights as recognised both under the constitution and in international law. We complained to the EU that our rights were being violated. They sent a EU Human Rights team in March 2017, and immediately after that one of our community members was shot at and badly wounded as he sought to document the evictions and burning of our homes that were carried by KFS guards between 31st March – 2nd April 2017.

We hope ears are hearing now.

We call on Parliament to investigate and act to stop the Ministry of Environment and Natural Resources and KFS trampling on our right to live peacefully in our ancestral lands, and to live in a way that protects our forests.

We want assurance from UNDP that they will modify project document to ensure that evictions are not going to happen under UNDP REDD + funding in Kenya?

We call upon Ministry of Environment and Natural Resources to implement 2014 World Bank Inspection Panel recommendation on dialogue process that will promote conservation while protecting our rights to live in our ancestral lands sustainably on conservation conditions.

And now KFS are going house to house searching for that very community member who they shot at and badly wounded. Their response is never to enter dialogue and find a solution that protects the forests and the community. They have never given any evidence they care about either, but consistently demonstrate that they believe in seeking to conceal and destroy any evidence of their activities. Activities that amount to nothing less than an attempted land grab from the poor by the powerful. Something which Kenyans know all too well has happened throughout our history.

Just because it has happened before does not mean it should happen now.

Just because thieves operate under cover of darkness does not mean that their actions will not be seen for what they are in the light of day.

We ask our press, our Parliament and our people to shed light on what is happening and to insist on the rule of law, to insist that colonial attitudes need to end.

It is a new year, let's make it one of hope.

Summary of the situation of the Sengwer Community of Embobut96.66 KB 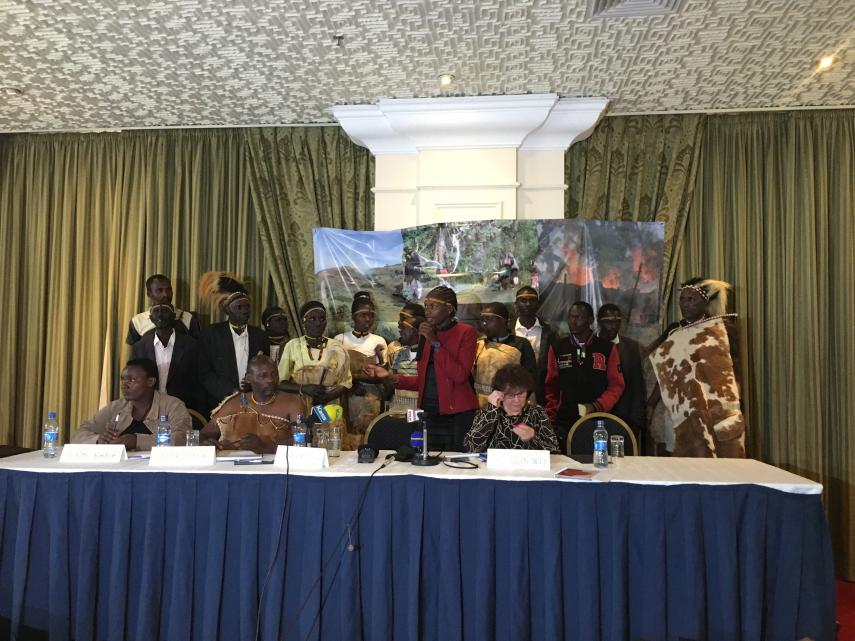