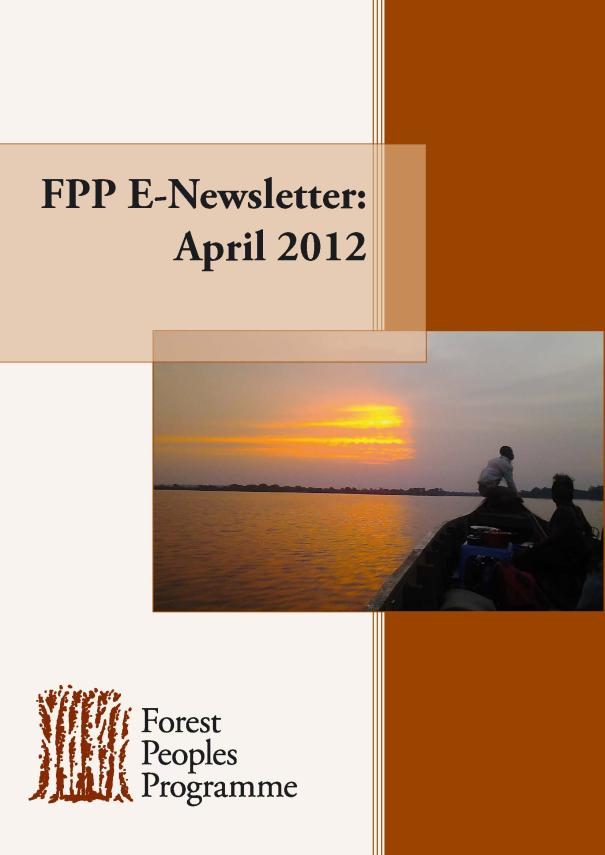 The continuous, sometimes subtle, violence of conservation and development against indigenous peoples continues, unchecked even at the highest levels by the most worthy-sounding agencies of the United Nations.

As this newsletter reports, the Global Environment Facility, the international mechanism of choice for helping developing countries meet their global obligations under the UN Convention on Biological Diversity, is stumbling badly, adopting an out-dated policy on indigenous peoples designed to ‘mitigate’ impacts rather than respect rights already affirmed by the UN. Meanwhile, conservation organisations in Central Africa are paying lip service to a requirement to consult with indigenous peoples, before asking for international recognition of protected areas as UNESCO-recognised World Heritage Sites.

Now, indigenous peoples preparing for the United Nations 20th anniversary of the Rio Declaration on Environment and Development express concern that a similar sham will be played out in Rio de Janeiro in June, where they fear a focus on the ‘Green Economy’ promises to do more to promote corporate ventures than ensure respect for their human rights. All this despite the fact that it is now nearly five years since the UN General Assembly agreed ‘minimum standards’ to protect indigenous peoples’ rights and explicitly required United Nations bodies to ‘promote respect for and full application of the provisions of’ the UN Declaration on the Rights of Indigenous Peoples (citing Article 42).

And this is doubly anomalous when it is these same UN-derived standards that are being, slowly but surely, applied through national and local problem-solving processes. The UN Special Rapporteur on the Situation of the Human Rights and Fundamental Freedoms of Indigenous Peoples is working hard to remedy the problems of the Teribe people of Costa Rica, who are facing forced resettlement from their territory due to the Diquís dam.

The so-called voluntary standards of the Roundtable on Sustainable Palm Oil, which, consistent with the UN’s human rights regime, require member companies to respect communities’ customary rights and their right to Free, Prior and Informed Consent (FPIC), are helping the Vai people of western Liberia to enter into negotiations with the Malaysian transnational, Sime Darby, and seem to have encouraged the Liberian Government to rethink a policy of development at all costs and replace it with a rights-based approach to development. Let’s hope that the forest peoples of the Democratic Republic of Congo, whose lands carbon brokers are speculating on, can now ensure the same respect for their rights by companies like Wildlife Works Carbon, which ascribe to similar principles through the ‘Verified Carbon Standard’.

We all know that so-called sustainable development only works if people’s rights are respected. We need joined-up-thinking by the UN to make this real. The ‘Rio +20’ conference in June would be a good place to make this evident.