Peru commits to respecting indigenous peoples’ rights to land and resources in its forest and climate plan: but will it keep its promise?

On 2 August 2013 indigenous organisations and representatives of the Peruvian government reached an agreement to modify controversial aspects of the government’s draft Forest Investment Plan (“FIP Plan”), an initiative financed by the World Bank’s Forest Investment Programme (FIP), to address deforestation. The plan was due to be presented to the World Bank’s FIP sub-committee in October 2013 but a draft version was roundly denounced by indigenous organisations in July as it continued to ignore indigenous proposals and violated Peru’s legal obligations to respect indigenous peoples’ rights to land and resources and the World Bank’s own safeguard policies.

The draft plan proposed measures that would have resulted in the expansion and preference for large scale logging concessions, oil palm plantations and protected areas, many of which would have overlapped with indigenous peoples’ customary lands and triggered conflict. At the same time, the plan failed to meet previous government commitments to earmark sufficient funds to recognise more than 20 million hectares of indigenous peoples’ pending land applications and guarantee that implementation of the national REDD strategy would not undermine those lands that remain without legal recognition.

These protests by indigenous organisations triggered the suspension of a formal consultation process and resulted in a landmark meeting in Lima attended by more than 40 regional and national indigenous peoples’ representatives. More than three dozen specific agreements to modify the text were reached to recognise and respect indigenous peoples’ land and resource rights as well as address underlying problems in the forest sector that are contributing to illegal logging and deforestation. Some of the most notable agreements include:

These commitments have been achieved as a result of the energetic interventions and advocacy of Peru’s indigenous peoples’ organisations (principally AIDESEP) since 2010, as repeated drafts of government proposals failed to reflect indigenous peoples’ concerns or respect their rights and even reneged on prior commitments to respect indigenous peoples’ rights. These FIP Plan promises come on the back of other important commitments made by the Peruvian government in its Readiness Preparation Plan (RPP). This was endorsed by the World Bank’s Forest Carbon Partnership Facility (FCPF) Participants committee in 2011 after a similar process in which the inputs of indigenous peoples were continually disregarded until the eve of their review by the World Bank, when 15 key agreements were reached with AIDESEP.

These commitments made in the governing body of the FCPF included pledges to reform national land legislation to align it with international obligations to respect indigenous peoples’ traditional lands (currently Peruvian laws only respect ‘titled’ indigenous lands and do not adequately recognise collective property rights over non-agricultural forest lands).

Despite this progress, the commitments from 2011 are yet to be implemented, which raises further questions about the Peruvian government’s intention to implement the reforms as the final version of Peru’s RPP still remains unpublished.

In a statement issued on 8 August 2013, immediately after the agreements were reached, AIDESEP highlighted that other agreements have still yet to be finalised on mechanisms to ensure indigenous administration and oversight of the $14.5 million USD allocated to components of the FIP Plan related to indigenous peoples as well as measures to ensure ‘the accreditation, supervision, and sanction of carbon brokers, especially “carbon cowboys”’.

AIDESEP emphasises that ‘the process has not terminated and unity, vigilance and our capacity to propose ideas need to be maintained until commitments on paper are made into reality…….We achieved 15 agreements and the FCPF Readiness Preparation Proposal was modified and improved, but these have not been implemented. Today we are adding 40 agreements more and we hope the same situation doesn’t happen – that time passes and everything stays on paper’.

Despite these commitments, a subsequent draft of the Forest Investment Plan was published on 17 September 2013 that still left out certain agreements although the most important elements remained intact. As a result, AIDESEP is once again engaged in further intense dialogue with the government in order to try and ensure that all agreements on rights issues are duly included in the final version of the Forest Investment Plan. In this regard, they have also compiled a letter to the FIP protesting that the latest draft “fails to include some points already agreed…and includes new texts that have never been discussed’. They call for the immediate rectification of these changes, and guarantees that this does not recur by including indigenous organisations in the design phase and implementation of all FIP projects and their participation as observers in the FIP sub-committee meeting on 30 October 2013 in Washington DC. If no solid guarantees are secured in current dialogues this letter of complaint will be communicated to the FIP and elsewhere. 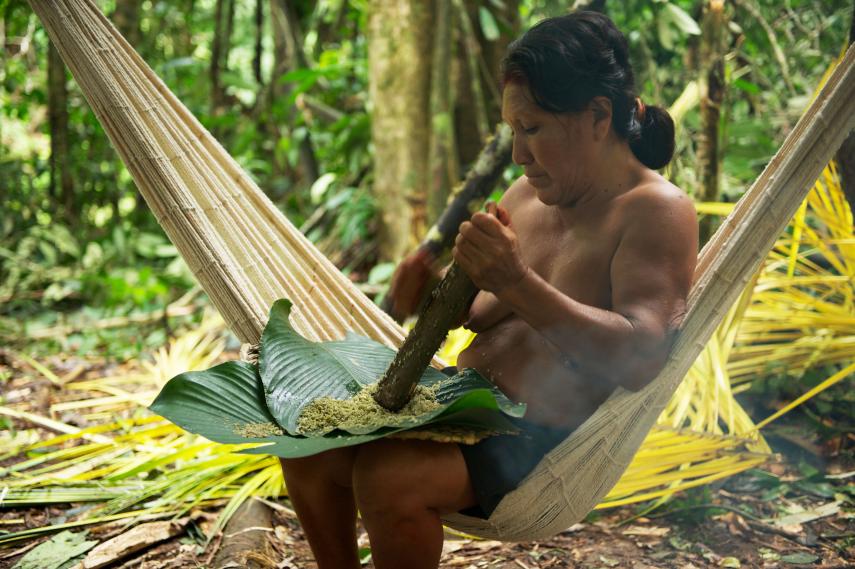