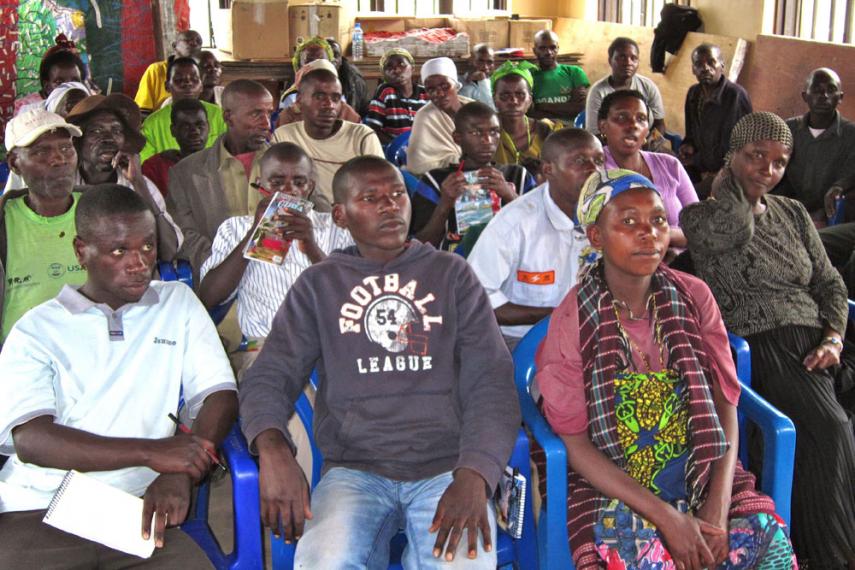 A gender workshop organised in Kisoro, south-western Uganda, from the 19-21 November 2012 that aimed to initiate indigenous people in general aspects of gender, has ended successfully.

The workshop was facilitated by the United Organisation for Batwa Development in Uganda (UOBDU) and Forest Peoples Programme and hosted fifty Batwa men and women from the districts of Kanungu, Mbarara, Kabale and Kisoro. Youngsters aged 14 - 20 also attended the workshop.

In the workshop various topics were covered. These included general aspects on gender (distinctions in gender roles, gender equality, and gender discrimination), the relationship between gender and culture, relevant international conventions like the Convention on the Elimination of all Forms of Discrimination Against Women (CEDAW) and its importance, plus other national legal instruments.

The workshop also used different methods of delivering messages on gender such as video clips and story books. Most touching was ‘Meena’s story’ created by UNICEF, the story of a young girl who was being forced into marriage before the age of eighteen by her father. Many Batwa saw this as a real life experience among the different communities and promised to encourage  others to change. They also realised that there is great value in educating girls, so girls should be educated.

The participants, who were very excited about the interactive discussion, actively participated in the workshop by responding to various questions, sharing life experiences back in the community, advising their fellow Batwa and also asking questions. Nteziki Kedress, a Mutwa woman, remarked that, ‘I request you all to clap for this teaching we have received, it has been so educative’.

The participants promised to Learn, Understand, Change and Educate others (LUCE), and to encourage change when they go back to their communities. Above all they promised to first be exemplary as leaders so that others can learn from them. 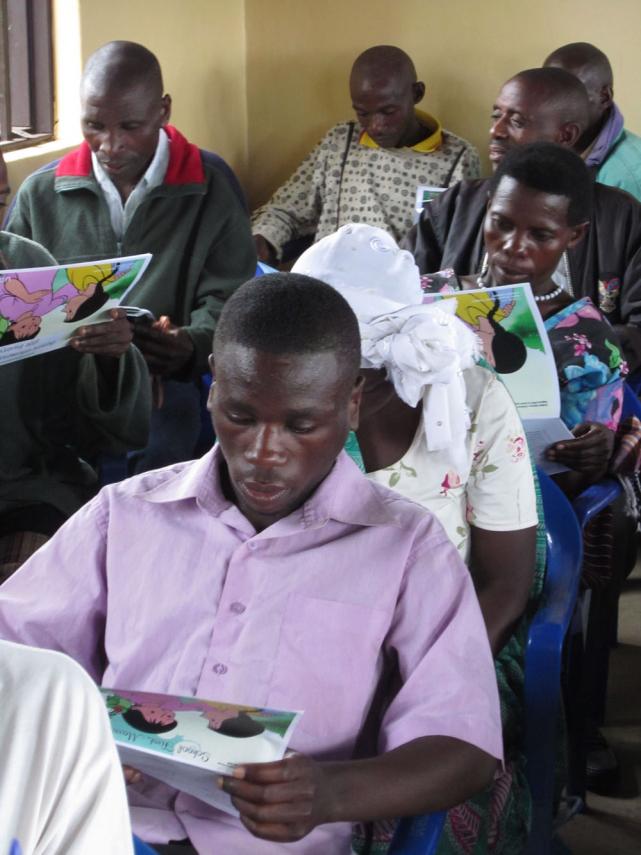