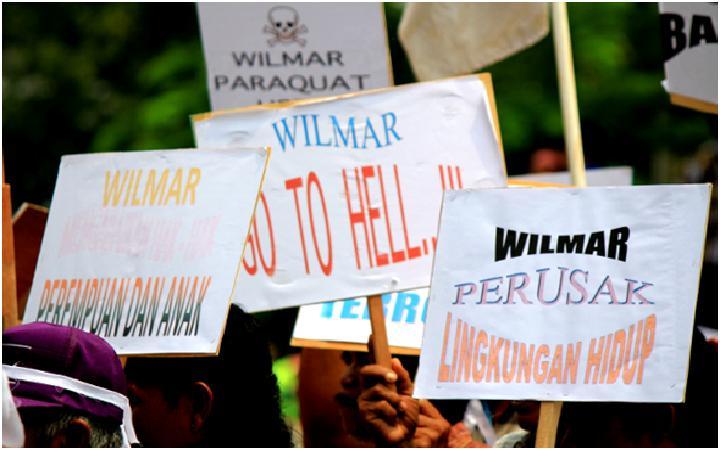 Following the widely publicised launch on 7 November of a landmark study on Free, Prior and Informed Consent in 16 oil palm operations in Southeast Asia and Africa titled ‘Conflict or Consent? The Oil Palm Sector at a Crossroads’, over 40 civil society organisations from Indonesia, Malaysia, Thailand, the Philippines, Cameroon, the United Kingdom, the United States and South Africa congregated in Medan, North Sumatra (Indonesia) in a three-day workshop organised by Forest Peoples Programme, Transformasi Untuk Keadilan INDONESIA, ELSAKA and BothENDS on 8 – 10 November. The objective of the workshop was to take stock of the lessons learned from the various conflict resolution mechanisms used to date in relation to the palm oil sector by affected local communities, and to develop a joint advocacy action plan based on what is working and what isn’t to get justice and redress for communities.

Presentations by the authors of the different case studies featured in ‘Conflict of Consent?’ were followed by lively and critical discussion and debate over the strengths and weaknesses of various conflict resolution avenues deployed by NGOs in support of local communities at the grassroots, national and international levels. These included inter alia the Roundtable on Sustainable Palm Oil (RSPO)’s Complaints Panel and Dispute Settlement Facility, the International Finance Corporation Compliance Advisor/Ombudsman (IFC CAO), local and national courts, National Human Rights Commissions, companies’ own complaint mechanisms and Standard Operational Procedures, as well as land reclaiming, protest and community mobilisation. Particular concern was voiced over the rapid and ill-regulated expansion of oil palm plantations in West Africa, including in Liberia, Cameroon and Nigeria, by the same RSPO member companies that are neglecting the right of communities to give or withhold their free, prior and informed consent in Southeast Asia. A growing recognition of the need for South-South joint advocacy and networking was also identified as crucial towards lesson-sharing, strategy-devising and collaborative appeals for redress and justice for affected communities.

In-depth breakout group discussions led to the elaboration of specific action points on identified needs such as community empowerment, alternative community livelihoods, national and regional advocacy, the RSPO, international human rights mechanisms, legal and governance reform, and use of the media to raise public awareness of the consequences of oil palm expansion where carried out without respect for the rights, livelihoods and self-determined futures of indigenous peoples and local communities. Whilst the importance of voluntary commodity standards was acknowledged where existing national legal frameworks fail to protect rights and recognise the land claims of indigenous peoples and other local communities, it was also agreed by all that such initiatives in no way lessen the obligation of States to protect and respect the rights of their citizens. Instead, private sector initiatives such as the RSPO can and should play a key role in terms of pushing for legal reform and better land governance in the countries where member companies are operating, such that companies are better able to implement their operations in a sustainable manner.

The workshop led to the development of an action plan and actor mapping exercise to support future advocacy in relation to the palm oil sector, as well as a letter to the European National Task Forces  working towards certified palm oil, requesting them to review the new report and formulate actions which help ensure that all palm oil entering the market is indeed “free of conflict”.

Another letter was also produced addressing the RSPO, urging it to:

Both letters request verification by the National Task Forces and the RSPO in the field and in consultation with the communities of the conditions under which palm oil is being produced, and help to co-design and implement measures to bring the RSPO standard into practice.

The newly launched book was widely disseminated at the RSPO’s 11th Annual Roundtable Meeting (known as ‘RT11’) on 11 - 14 November also in Medan. Over the course of RT11, Forest Peoples Programme co-led three Open Space Discussions on the HCV 5 and 6 Monitoring and Management Protocol, FPIC and Conflict, and the newly formed RSPO Human Rights Working Group, in multi-stakeholder dialogues involving NGOs, auditors, companies, traders and smallholder oil palm farmers. This year’s RT was also the scene of a joint protest by around 2,500 oil palm plantation labourers and affected local communities. They called in particular on the RSPO to sanction RSPO member company Wilmar International for its systemic violation of indigenous peoples’, local communities’ and labourers’ rights in its concessions across Indonesia. A meeting was granted to representatives of the communities with RSPO representatives, in which a joint statement and petition were submitted, reiterating the protesters’ demands and demanding immediate and concrete action and remedy for land grabbing and exploitation. 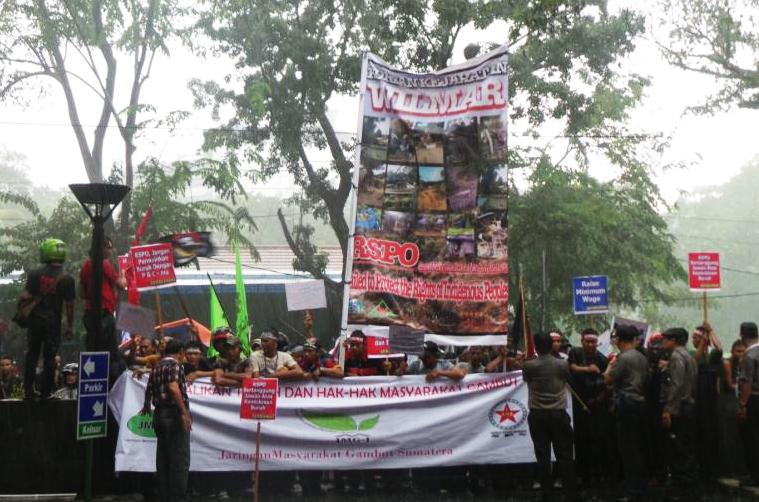 Wilmar International: the target of protests held by plantation labourers + local communities at the RSPO Annual Meeting
By
Sophie Chao 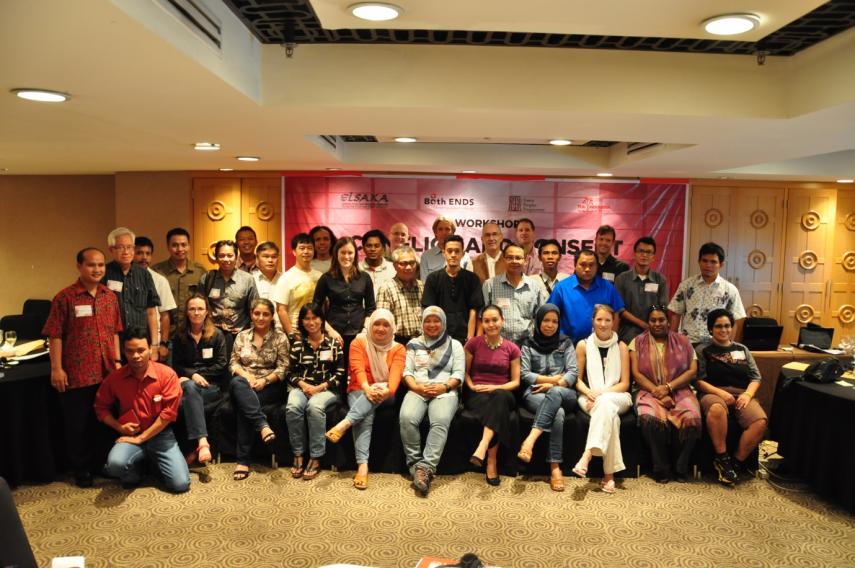 Participants of the Conflict or Consent workshop, Medan, North Sumatra
By
Holly Shrumm 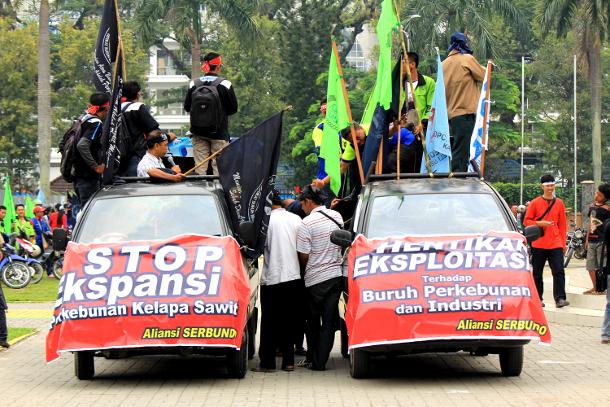