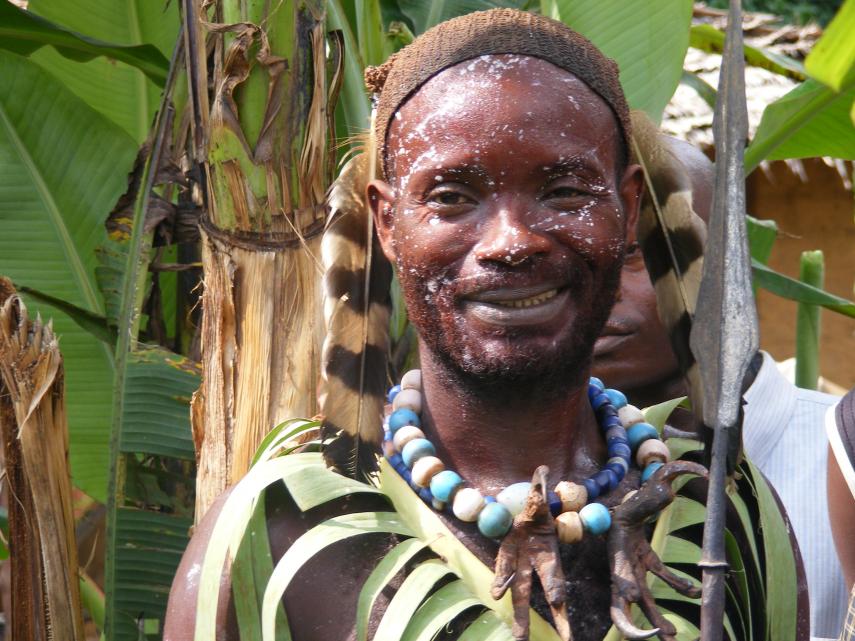 Forest Peoples Programme staff recently visited forest communities in Equateur province, Democratic Republic of Congo (DRC), who they have been supporting since 2009 with information-sharing and consultation meetings related to REDD and conflict prevention. During training and project monitoring visits FPP and our local partner CEDEN (Cercle pour la defense de l'environnement) held public meetings with around 2000 forest people from across the Lac Tumba conservation landscape. Along with the Mai Ndombe region further south into Bandundu Province, the Lac Tumba conservation landscape is targeted for REDD pilot funding, as part of DRC’s efforts to protect its forests in response to global agreements about climate control.

CEDEN’s staff are working hard on the ground in Equateur Province – a region the size of France - supporting around 50 forest communities to become better informed about REDD policies and development plans for their areas; to learn about their rights under national and international laws; and to identify and develop viable benefit-sharing mechanisms to help overcome the severe poverty that plagues rural areas everywhere in DRC.

These visits gave FPP an opportunity to document further community views on forest management in their areas, and the negative impacts of unfair logging and conservation practices. These include forest damage and loss of forest access which undermine livelihoods, increasing community poverty. During the public meetings we shared advice in response to numerous questions from indigenous and local forest people about REDD processes at national and international levels, community rights and the laws protecting them, and their tenure of forest lands.  The community meetings were characterised by heated discussions and significant intra-communal debate over the future of their customary areas.

We were very impressed by the political sophistication of these Equateur forest communities, who, with a history of extractive colonial powers, powerful and unaccountable logging companies and conservation projects moving in on their lands, are seriously concerned about the erosion of their rights and forest tenure. Indigenous and local forest peoples in Equateur Province are further motivated by a huge desire to develop their communities with accessing and developing clean water sources, improved health care and cost effective education for their children. These are clearly their top priorities, which they share with forest peoples across the Congo Basin.

However, like elsewhere, these Equateur forest peoples are cynical about delivery.  Over many decades they have watched government and donor funds axed as they cascaded down administrative levels, until nothing was ever left to benefit them.  They believe this is what will happen to REDD funds.  Everywhere we went indigenous and local people made it clear to us that they wanted separate and accountable benefit-sharing channels to be established and proven before discussions commenced about re-zoning or re-classifying their customary forests to meet REDD funding requirements, as they have too much at stake.

This project’s results will be reviewed during a meeting organised by CEDEN in Mbandaka at the end of June, where the outcomes and community recommendations will be shared with the government and other REDD stakeholders. 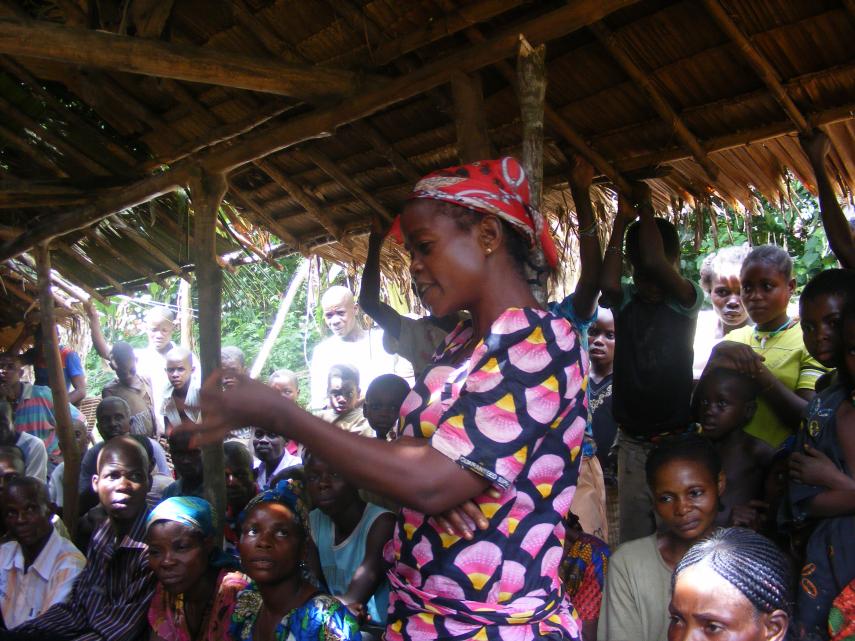 Indigenous and local peoples are interested in benefits that could come from REDD projects, but doubt anything will reach them
By
John Nelson, Forest Peoples Programme 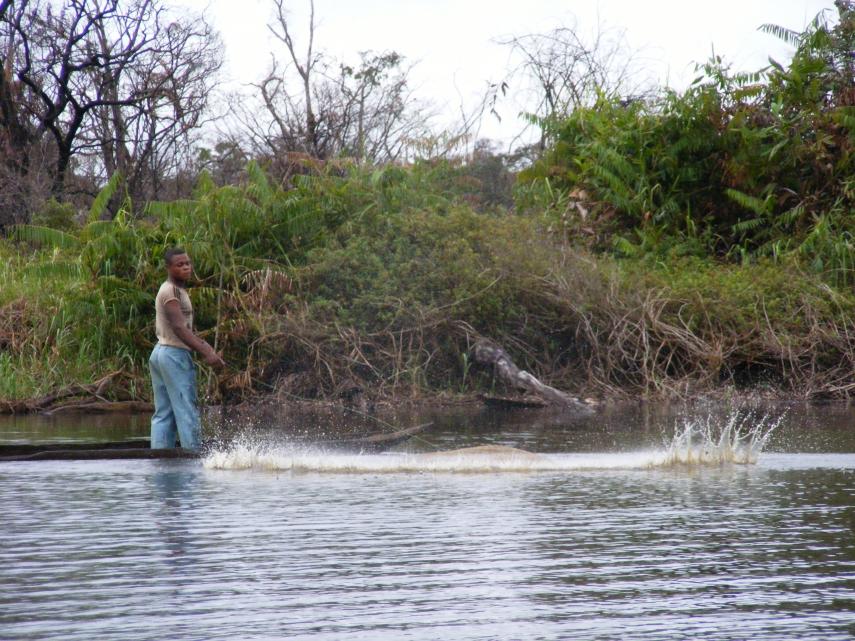 Fishing in Lac Tumba and Lac Mai Ndombe is a key activity of local peoples surrounded by flood forests in Equateur and Bandun
By
John Nelson, Forest Peoples Programme 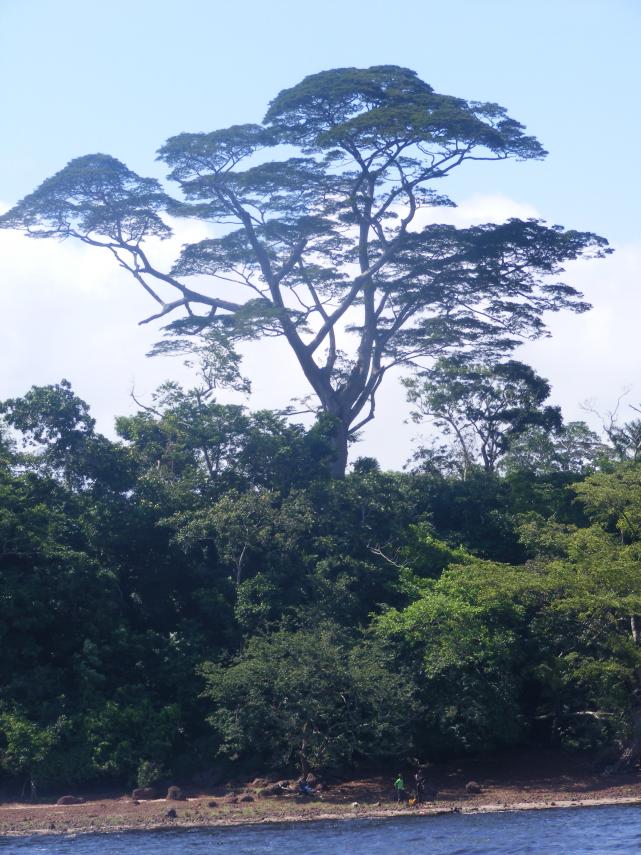 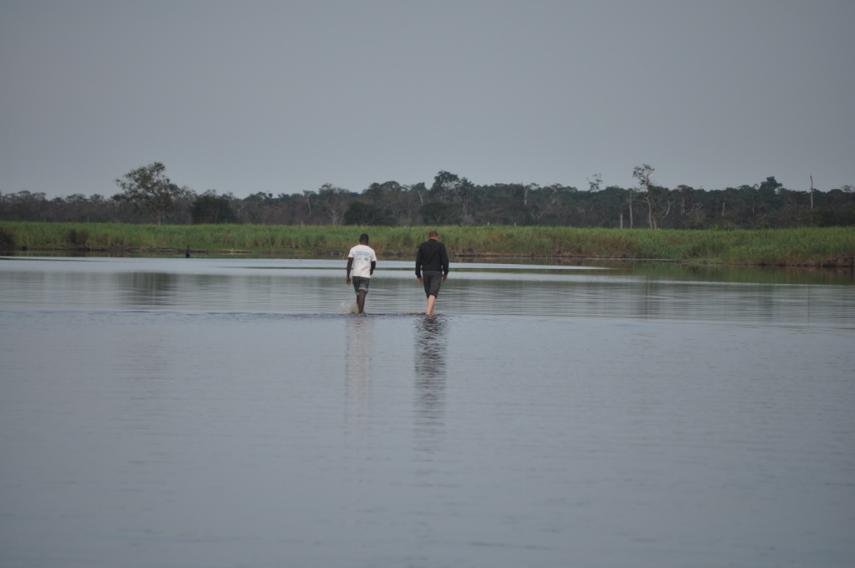