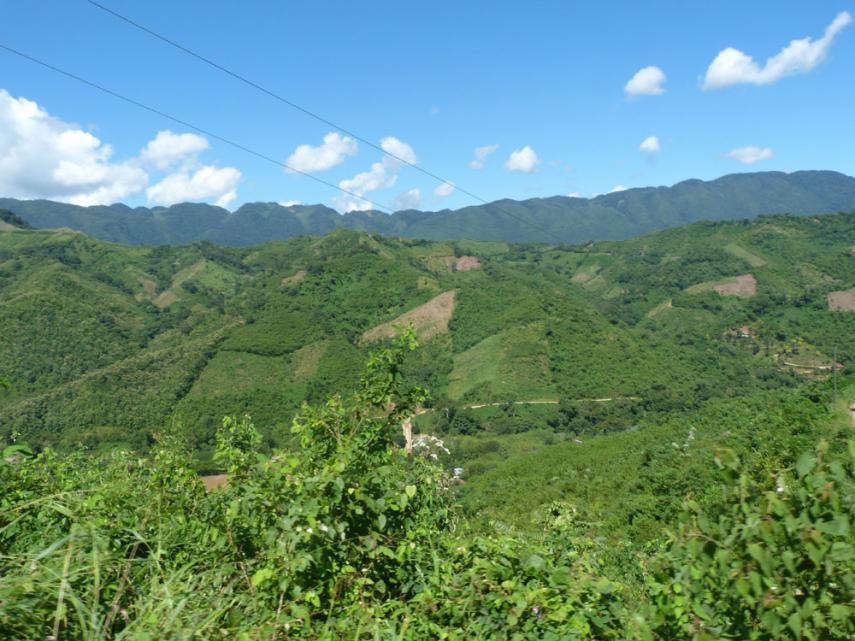 In common with many other countries in Latin America, Guatemala suffers from a highly unequal “bimodal” distribution of land. More than half of the land in the country is covered by private land estates owned by either families and individuals or by mining, logging, agribusiness and plantation companies. In contrast, smallholdings amount to one fifth of the land area and are occupied by peasants and small farmers who make up 80% of the population. Indigenous peoples are the customary owners of land throughout the country, but in many cases do not have legal demarcation nor titles to their ancestral territories. Despite promises to recognise indigenous peoples’ and peasant farmers’ land rights, made in the 1996 Peace Accords and in stagnant proposals for agrarian reforms, little has been done to secure the land rights of indigenous peoples and local communities.[i]

History of land grabbing and dispossession

Many of the large private estates in the country today have their origins in State land policies of the nineteenth century under which the government sold vast swathes of forest and fertile land to foreign investors seeking land to grow and export coffee. Land sales were made over the heads of indigenous peoples and peasant farmers living off the land, who then found themselves obligated to give their labour to the new rural overlords for minimal or no pay in return for access to small plots of land for subsistence and housing.

In many cases families bonded to rural estates never received title to their lands and still endure insecure tenure and face the constant threat of eviction from their homes and farms. Families and communities struggling for legal recognition, trying to secure land to grow food, are often subjected to intimidation and human rights abuses at the hands of henchmen working for powerful landowners and companies. The lack of access to fertile land means that more than 6000 rural communities across Guatemala suffer from high levels of malnutrition and lack food security.[ii]

As part of the peace agreements in 1996 the National Land Fund (Fondo de Tierras) was set up to resolve the land crisis by offering mortgages to communities to enable them to buy land. However, the Fund’s procedures are bureaucratic, it has limited financial resources and it has little land available due to the reluctance of private owners to sell. Furthermore, access to land for indigenous people is made even more difficult as the State continues to allow large multinational companies to buy up rural lands for mining, mega dam projects, logging and bio-fuel plantations.

Ineffective and unjust land policies and weak redistribution mechanisms have led to an increasing number of land disputes with over 1000 land conflicts affecting more than 20,000 rural families. As more and more land is sold off to companies, peasant communities and landless families are increasingly desperate and hungry. Faced with ineffective legal remedies, many rural communities have had no choice but to occupy private estate lands in order to survive.

The struggle of the 20th of October Community

One such case is that of 700 indigenous families of Qeqchi origin who, on 20th October 2011, began occupying a large plantation in Cahabon, Alta Verapaz (North East Guatemala) owned by the logging company Interforest S.A. This commercial forestry site exports timber products to Asia and is certified to sell carbon credits, yet communities complain that their issues and grievances have not been properly recognised by the company or the state.[iii]

Indigenous peoples’ communities in the Cahabon region have historically been displaced by foreign land owners and armed conflict. Today, displacement is caused by international companies intent on exploiting natural resources. For instance, the Canadian-owned mining company CGN has licences to exploit nickel, copper and other metals in more than half the Cahabon area. At the same time,  an estimated 50 per cent of the rural population living and working on smallholdings in Cahabon are still awaiting legal recognition to their lands.[iv]

After a year of dialogue between the 20th of October Community and the government on ways to secure land ownership, on 14th November 2012 the community was  forcefully and brutally evicted by the National Civil Police force using firearms and tear gas. Community leaders were arrested, crops and houses were burned and the evicted families were offered no temporary shelter. The community is now appealing to the government and the international community for justice and redress, including immediate release of the community leaders detained and for the government to respect the promises to buy land for the 700 families.[v]

The case of La Primavera Community

The La Primavera Community in the Alta Verapaz highlands of San Cristobal have also been struggling for recognition of their land rights for over a century. The lands in question were first taken over by a German investor in 1821 who used the peasant families as unpaid labour to produce coffee for decades as the land was handed down through generations of a large landowning family. In 1979 the landlord promised the inhabitants that on his death the land would pass back to them in return for protecting the estate's forest, yet this promise remains unfulfilled. The National Land Fund has also refused to expedite the community application to buy the land, first made in 2001.

In November and December of 2011, La Primavera community members working for recognition of their land ownership rights were subjected to violence at the hands of a private security firm working for the landowner. Tragically, in January 2012 two community elders were found dead with their hands and feet tied and signs of torture on their bodies. These abuses drew attention from the international human rights community and visits from UN representatives[vi]. Even though La Primavera is high on the government’s list of land conflicts needing resolution, three months ago the estate was inscribed into the National Property Register under the name of a company called Eco-Tierra. Despite the company's possible links with logging interests, members of the regional human rights ombudsman acted as witnesses of honour during the estate's legal inscription to the company. At the end of 2012 the situation remains tense and community members continue to receive threats and are under pressure to give up their land claim.

UVOC recommends that urgent measures are taken to address the land tenure crisis in Guatemala and in relation to specific cases, including:

This article was compiled by Samuel Jones who is working with UVOC. UVOC is a campesino (farmer) and indigenous organisation dedicated to securing land rights and reversing the history of oppression against indigenous and minority peoples in Guatemala. It embraces Mayan tradition and the diversity of the indigenous community and promotes respect for the many peoples and languages represented within it.

You can contact Samuel through the organisation’s email address info.uvoc@gmail.com or personally through glassworks5@yahoo.com.

We thank the author(s) for contributing this article to the FPP E-Newsletter. The views expressed in this article may not necessarily reflect the views of Forest Peoples Programme. 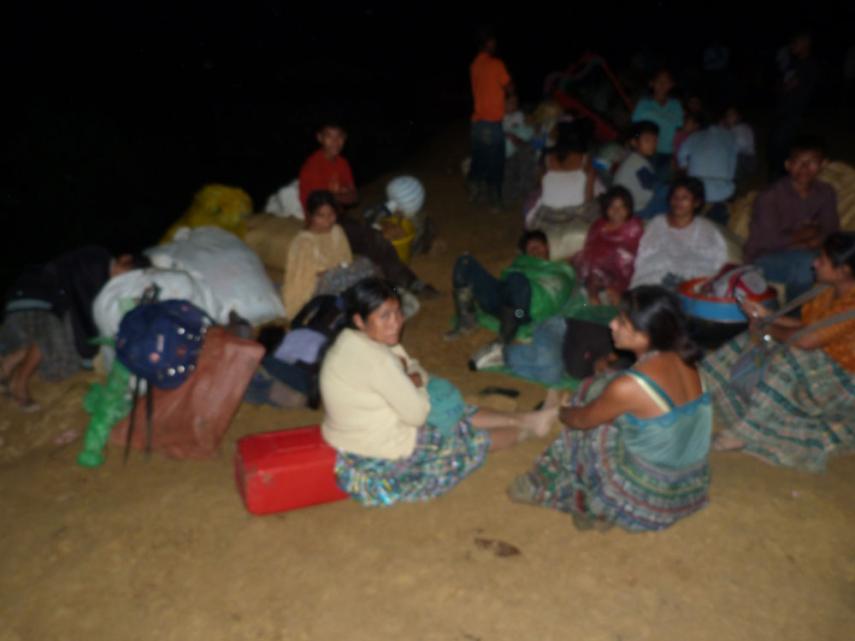 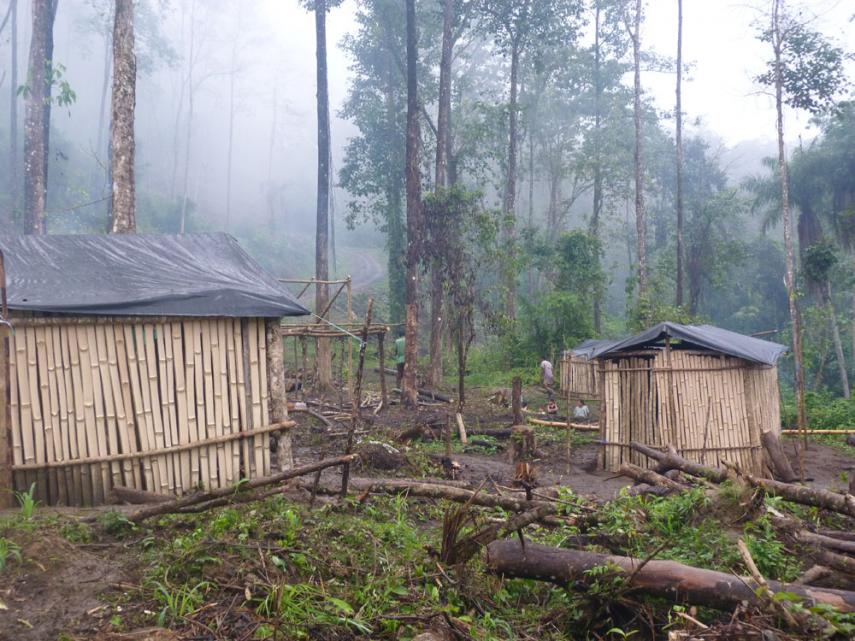 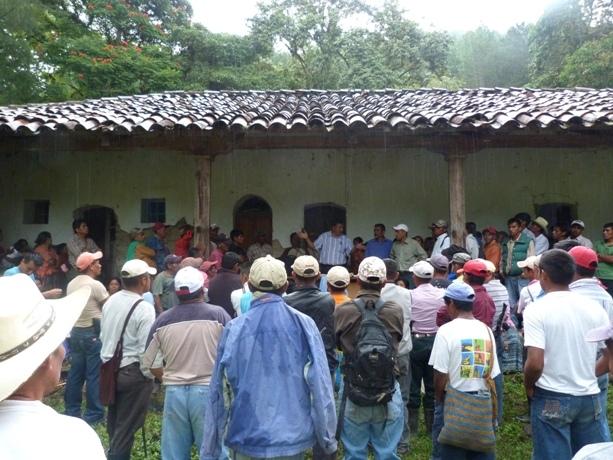