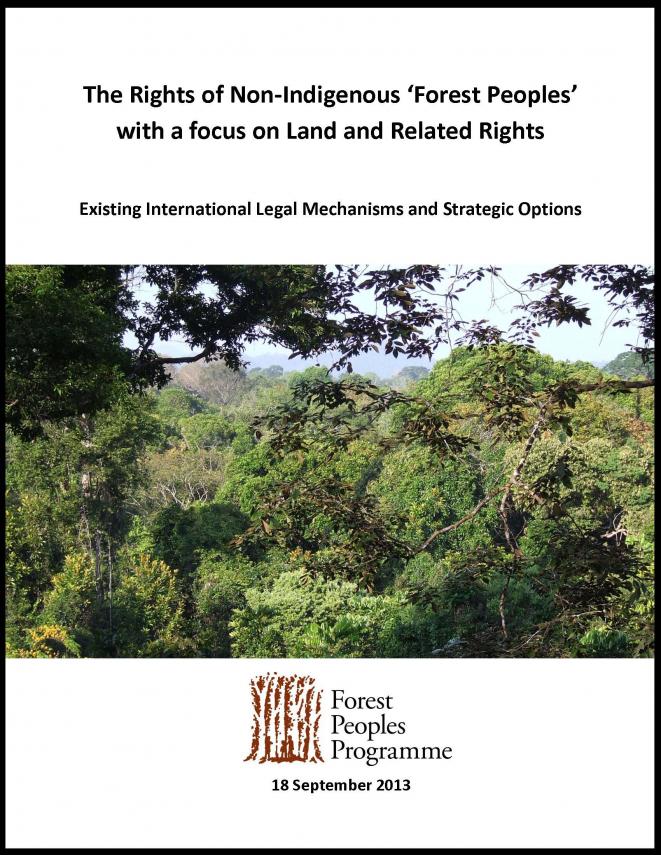 The rights of indigenous and tribal peoples are relatively well defined in international law and to some extent, however imperfectly, also in a growing number of national laws. This is largely due to decades of indigenous advocacy at the national and international levels, which has resulted in considerable (although still evolving) jurisprudence, international instruments on indigenous peoples’ rights, and an established institutional presence within intergovernmental organisations. Indigenous peoples’ rights are unique insofar as they represent the first time that the international community has elaborated a rights framework explicitly grounded in the right to self-determination outside of the classic colonial context. This is especially the case when the collective nature of the majority of these rights and the far reaching measures that would need to be adopted to give them effect within existing states are considered.

The same is not true however for non-indigenous ‘forest peoples’ or ‘local communities’, which have not been the subject of concerted treatment or jurisprudence under the human rights regime, at least in the sense of there being a distinct category of rights that may be associated with these terms. This is a problem in a number of settings, and at multiple levels, as there is a lack of clarity about how to conceptualise and address the collective rights of non-indigenous (forest) peoples or communities. There is also a tendency, particularly by some NGOs, to simplistically and indiscriminately transfer the indigenous rights framework to all local communities. This often causes serious problems for indigenous advocacy initiatives and is not justifiable on legal grounds given the particular characteristics and needs of indigenous peoples and the rights framework that has concretised to respond thereto.

There are a number of ways that non-indigenous forest peoples (and others, e.g. pastoralists), who have demonstrable collective tenure systems, wholly or partially governed by customary law, can assert and seek protection for rights related to their lands and territories under international human rights law.

Click here to read more in FPP's discussion paper on this issue.