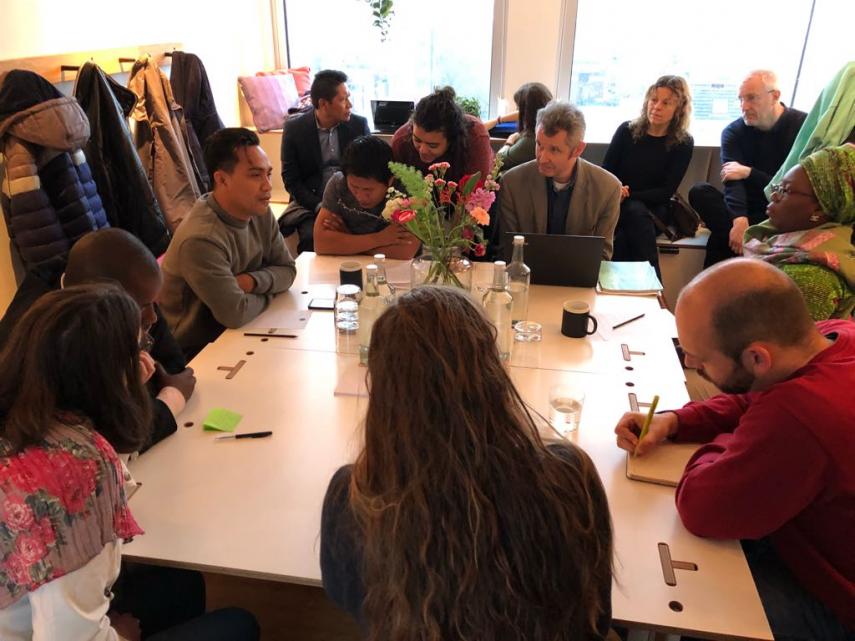 Editor’s Note: Please RSVP for the press briefing on 15 February in Amsterdam.

The event will not be livestreamed or recorded, but press materials and expert interviews will be available to those unable to attend. Embargo on press materials will lift at 9 a.m. CET on Thursday, 15 February. Please confirm in writing you will respect the embargo if you would like the press materials in advance of the embargo lift.

At a press briefing in Amsterdam on Thursday, 15 February, the delegation from Africa, Asia and Latin America will join European NGOs to present the results of a comprehensive analysis reporting on the impact of trade with the EU, and the policy implementation record in agricultural commodities. They will do so as European civil society groups and social movements scale up pressure on the EU to deliver on its promises to respect human rights and halt deforestation in the trade of commodities.

Since 2014, governments in the North and South have made dramatic and high-profile pledges to protect human rights and achieve zero deforestation in their commodity supply chains, promising to do so by 2020 or 2030; similar commitments have been made by certification schemes, investors and corporations in North America and the EU.

The stories by the leaders of indigenous and other rural communities in forest countries will suggest that governments and companies in tropical forest nations are ignoring a high-profile set of voluntary guidelines that are designed to stop deforestation and human rights abuses, all linked to commodities found in the shoes, handbags, chocolates, beef and dog food purchased by European consumers.

Citing the findings in the new report to be released on Thursday, the forest peoples will tell political leaders in the EU that, rather than addressing deforestation and conflict, trade agreements and investments in agricultural commodities often drive the expansion of agro-industrial operations into the rainforests and spur a rise in the murders of local human rights and forest defenders.

They also will point to a growing body of evidence showing that the loss of local communities puts forests at significant risk. In the Amazon alone, on indigenous lands with strong rights for local communities, deforestation is two to three times lower than it is outside of those territories.

Following a week in Amsterdam, the delegation will split and one group will go to Brussels, and the other to London.

WHO: Franco Segesso from Argentina, Romial Mabaya from Cameroon; Hernando Castro from Colombia; Jean-Marie Nkanda from Democratic Republic of Congo; Ron James from Guyana; Franky Samperante and Edi Sutrisno from Indonesia; Mina Bayan Owusu from Liberia; Mirta Pereira from Paraguay; and Jamer López and Shapiom Noningo Sesen from Peru. In addition, the delegation will include human rights defenders from Colombia, Malaysia and Suriname that cannot be named for security reasons.

Interviews as requested in Amsterdam and The Hague on 15 February, and Brussels and London 19-22 February

The Forest Peoples Programme
supports the rights of peoples who live in forests and depend on them for their livelihoods. We work to create political space for forest peoples to secure their rights, control their lands and decide their own futures.

BothENDS
supports a sustainable, fair and inclusive world where long-term environmental sustainability and social equity take priority over short-term profits. We work to strengthen global civil society in order to gain decisive influence on the use of nature and the environment, thus contributing to sustainable societies that respect all human rights.