Symptom of a deeper malaise? The killing of a Batwa youth by an eco-guard in DRC 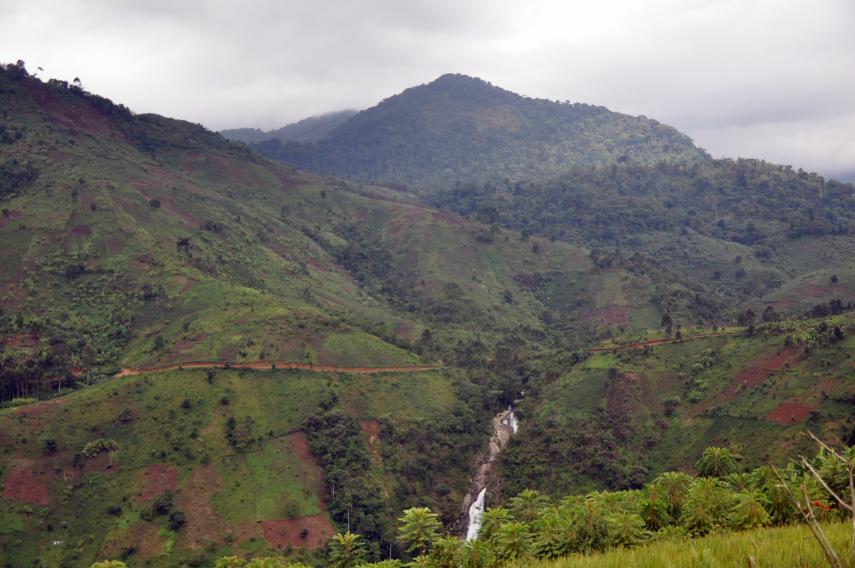 The August 26th killing of a Batwa youth by an eco-guard was tragic in itself, but also represents a far more widespread conservation-related tragedy. His father tells of how his son was killed while they were collecting medicinal plants on their ancestral lands. Lands that the Batwa have been forcibly excluded from since the 1970s by the creation of Kahuzi-Biega National Park (PNKB), a park that enforces the complete exclusion of the very people whose collective tenure rights should be the basis of, rather than forcibly denied by, conservation.

This approach to conservation is prevalent in Africa, including across the border in Uganda, where the Batwa were forcibly evicted from their ancestral lands, and - with the creation of Bwindi and Mgahinga National Parks in 1991 - were finally denied even access rights. The Batwa here have been scattered, mostly living in intense poverty on others lands, and even their language is now disappearing as those with the deepest knowledge of, abilities in, the forest continue to be ignored and have their rights to their ancestral lands denied.

Further east, the Ogiek of Chepkitale, Mt Elgon, Kenya, made use of the IUCN Whakatane dialogue process to help bring all sides to the table to seek to regain their collective rights to lands that were gazetted as an exclusionary protected area without their consent, ancestral lands they have sustained and been sustained by.

In 2014. FPP and the Ogiek brought this Whakatane process to the Batwa of Kahuzi-Biega, creating a dialogue between them, CAMV, the South Kivu Provincial Government, ICCN, IUCN, and PNKB.

Firstly, given the need to not wait for progress in Kinshasa to enable law and policy to take a modern rights-based approach, the Batwa sought immediate relief from poverty in the form of land adjacent to the park, and of rights of access and use to their lands in PNKB to sustain themselves and their culture. Secondly, and despite the issue that rights should be recognised as inherent rather than only as tools to others ends, they sought for 3 pilot areas within the park where they could demonstrate that their presence would not endanger the ecosystem or particular species. Neither request has progressed beyond talking, and the killing of the Batwa youth on his ancestral lands (PNKB) demonstrates the terrible consequences of such exclusionary conservation policies.

In its account of the killing at PNKB, der Spiegal emphasises the importance of the German Corporation for International Cooperation's (GIZ) and Germany's Reconstruction Credit Institute (KfW) funding for PNKB, and states that "about $2 million came from [KfW] in 2016 alone, representing about 60 percent of [PNKB's] budget."

After FPP drew on the account of our CSO partners to publish an article on what had happened, we were asked by PNKB to publish their account, which we did, alongside our own. We pointed out that we were not endorsing their position, but giving readers a chance to read both pieces and make up their own minds.

There has been strong (informal) support from some other conservation organisations and donors over the urgent need for PNKB to address these issues, and FPP invited a PNKB representative to come to Kenya to discuss the situation with Batwa and CSO representatives in the context of a Global Dialogue involving Conservation and Human Rights experts. The PNKB representative declined, insisting that PNKB's reputation had been damaged by the way the killing has been publicised.

How can PNKB be supported to recognise that the killing, and the conditions that gave rise to it, are the source of their reputational, and Batwa social and cultural, damage? To address that damage requires addressing not only this particular killing, but also the underlying injustice that gave rise to it.