Press release: Wapichan people expose rights violations and growing threats to their forest and communities from mining and illegal resource use 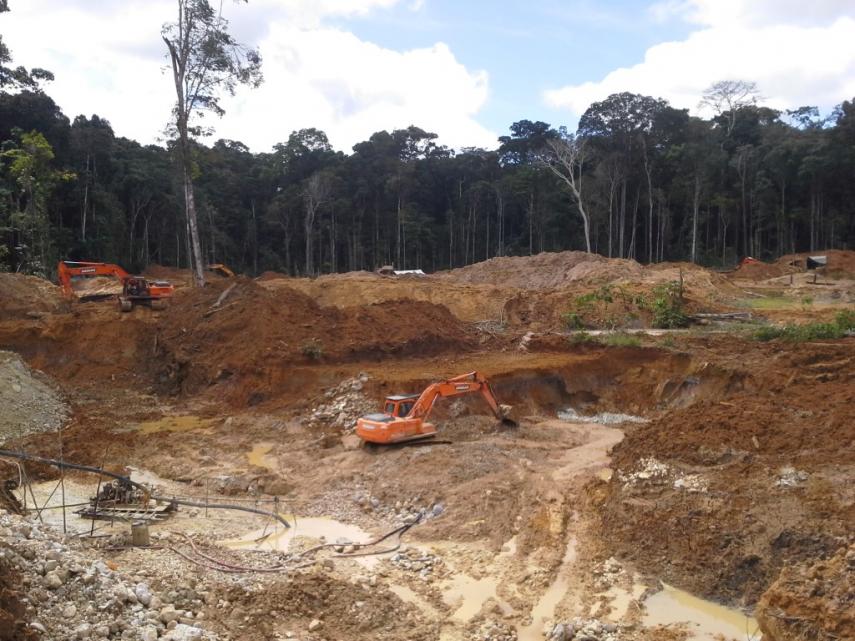 Lethem, Guyana, 19 September 2017: Amidst increasing concerns about threats to their forests, wetlands and way of life, the Wapichan People of Guyana (South America) have set up their own ground-breaking system to defend their human rights and monitor their ancestral lands against harmful development. Community information has been collected using a grassroots land use monitoring arrangement that involves community monitoring teams, the use of smartphone technology, drones, and community digital maps – all controlled and managed directly by the villages. Today, the Wapichan People are launching a locally owned and managed website to present their monitoring information on the internet. The web site can be accessed here:

The hope of the Wapichan communities is that use of tools like the internet will help raise national and international awareness about the pressures on their territory. Increased visibility of rights abuse and environmental damage is expected to give momentum to their calls for secure land rights and national legal and policy reforms in support of community rights and protection of community conserved sites, including a Wapichan Conserved Forest. Paulinus Albert, Chairperson of the South Rupununi District Council (SRDC), which is the legal representative body of 21 villages and communities in Wapichan territory in Guyana, advises:

Our territory is under pressure from rampant mining and plans for agribusiness and road developments. Uncontrolled mining expansion on our lands is resulting in deforestation, desecration of sacred sites and irreparable damage to our creeks, rivers and water sources. The situation is getting worse and threats are increasing. This is why we have decided to watch over our lands and forests, and to get organised to collect and publish information to tell the world what is going on.

We need the country and the world to know what is happening here on our land, which is vital to our identity, livelihood and way of living. The trees cannot speak out, the birds, animals and wildlife cannot say stop! The fishes are defenceless as their homes and spawning grounds are destroyed. Who will speak for them? We want to stop hurtful mining. We will not allow it on our lands.

Harms recorded by the indigenous monitoring system through more than 50 site visits made since 2015 include:

By mapping the mining pollution sources we now understand how it affects wider river systems and water supplies that are essential to our villages for fishing, bathing and drinking. The headwaters of the Kwitaro, Kuyuwini and Takatu Rivers are under serious threat. We are bringing this monitoring information to the attention of the environmental and mining authorities, yet the problem continues unabated.

This is not the first time the Wapichan communities have denounced destruction caused by illegal and concession mining. They have been raising concerns since the mid-1990s about the detrimental impact of medium-scale mining and the risks posed by large concessions controlled by foreign companies in the Marudi Mining fields. The District Council has raised serious concerns regarding a current large-scale license held by Guyana Goldstrike Inc of Canada, which overlaps ancestral lands that the State still has not titled, including sacred mountains located in the forested southern part of Wapichan territory. Despite promises of environmental assessments and ‘clean’ mercury-free mining, little progress has been made. Villages protest that a genuine, good faith process of free, prior and informed consent has never taken place. 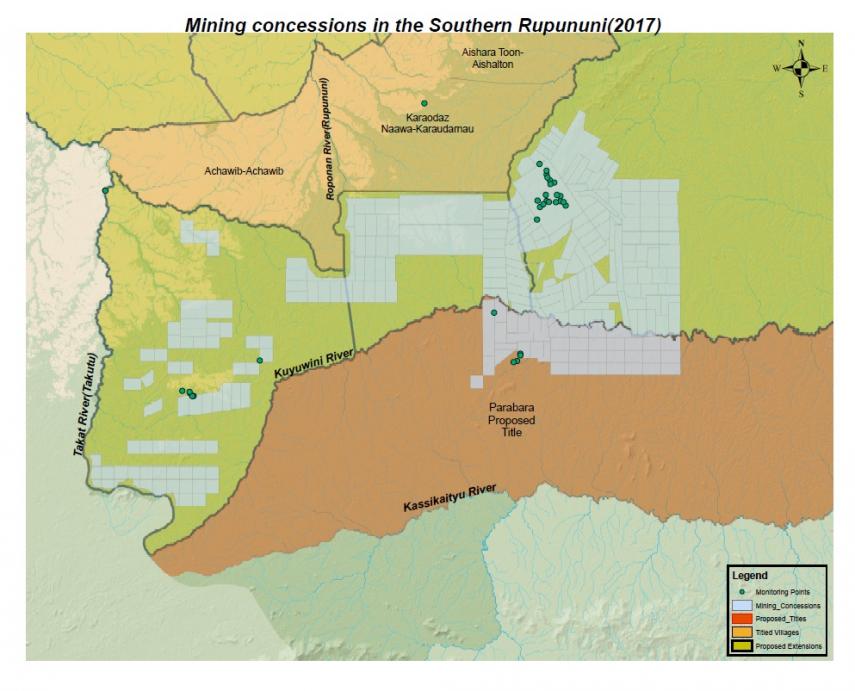 Mining concessions in the Southern Rupununi (2017)
By
SRDC
Digital Democracy

Looking towards actions and solutions, Nicholas Fredericks, Toshao of Shorinab Village and executive member of the National Toshaos Council notes:

Our Villages now plan to feed our reports on mining impacts, rights violations and threats to our territory into formal land talks with the government of Guyana, which started in 2016 and are ongoing. We also plan is to use the information to inform the proposed environmental and social impact assessment required before mining can continue in the Marudi Mining Licence. We are demanding that our villages be fully involved in the impact assessment in line with our rights as indigenous peoples.

Other key community demands and remedies include:

1. Wapichan territory is located in the SW part of Guyana. The territory’s rich variety of rainforests, mountains, wetlands, savannah grasslands and tropical woodlands are the homeland of 21 communities who make a living from small-scale farming, hunting, fishing and gathering, which they have practised over the whole area for generations. The area supports an outstanding abundance of wildlife, including endangered species such as giant river otters, jaguars, and rare bush dogs as well as endemic species of fishes and birds, like the Rio Branco Antbird.

2. In 2015, the Wapichan Villages and organisations received the prestigious Equator Prize from the United Nations Development Programme (UNDP) in recognition of their prolonged efforts to legally secure their ancestral lands and conserve extensive rainforests and diverse wildlife habitats in the South Rupununi. The community based organisation South Central Peoples Development Association (SCPDA) and individual community leaders have also received the Guyanese Arrow of Achievement national service awards for their work in support of Wapichan land rights, sustainable land use and forest monitoring.

3. The innovative community-based monitoring and publishing system the Wapichan are using has involved developing and adapting a suite of user friendly open access software tools made available on a platform called Community lands. The set up allows communities to integrate data from community monitoring and land use plans alongside third party data such as maps, boundary information and satellite imagery. The tools can be used to manage and view geo-referenced information communities have collected, run filters to select specific type of information and create customised maps. The systems allows the villages to then print monitoring reports and maps, which they can share either as Pdfs or as an online map integrated into their own bespoke website via the Community lands website manager. This website can be built and managed without the requirement for external technical support. All these tools are designed to function offline and to synchronise with the internet via unstable and low bandwidth connections or via USB transfer. The web platform will in due course be made fully available from www.communitylands.org. The tools and applications have been developed in collaboration with SRDC local community organisation South Peoples Development Association (SCPDA) and international technical partners Digital Democracy and Solertium developers in coordination with the Forest Peoples Programme (FPP). For more information please see www.communitylands.org or contact info@forestpeoples.org

4. Donors to the project include UK Aid via DFID’s Forest Governance, Climate Change and Markets Programme and the UK charity Swyddog Cymorth Prosiect/Size of Wales /Maint Cymru https://www.facebook.com/sizeofwales/ (note: The views expressed in this press communication do not necessarily reflect those of the donor organisations that have funded the activities).

5. Numerous companies—both national and foreign— have held government-granted rights to prospect for gold on Marudi Mountain over the past several decades.[1] All of these concessions and adjacent mining blocks have been imposed on Wapichan forests and customary lands without their prior agreement. The Declaration of Mining District No.6 over Wapichan territory likewise has never been the subject of free, prior and informed consent. In 2009, the Guyana-registered company Romanex Guyana Exploration Ltd. successfully converted its Prospecting License into a Mining License for the Marudi Mountain area. In October 2014, however, the Ministry of Natural Resources (MNR) and the Guyana Geology and Mines Commission (GGMC) suspended the license over “issues of non-compliance.” In the April 2016 agreement, Romanex committed to completing an environmental and social impact assessment (ESIA). The EPA and GMCC stipulated that no hard material was to be excavated until completion of the ESIA, although soft rock extraction was allowed. Although Romanex reportedly had a working version of the ESIA as of July 2016, the Wapichan communities have not seen this draft; nor have they participated in its preparation. As of the time of this press release, questions remain unanswered regarding how the company plans to ensure FPIC and full participation of the Wapichan villages during the ESIA process. Further, it is manifestly unclear how the company will avoid water and mercury contamination, ensure long-term water treatment, stabilise against erosion, prevent the release of toxic elements in the soil during the extraction process, interact with the small-scale miners, and maintain safety conditions during its operations. Despite these open questions, in September 2016, MNR reportedly reactivated Romanex’s license. In March 2017, Canadian Company Swift Resources, Inc., announced that it had acquired Romanex, bringing with it 100% of the interest in the Marudi Mountain Mining License. With the acquisition, the company changed its name to Guyana Goldstrike. Although Guyana Goldstrike is still in the preliminary stages of planning a commercial mining operation, the company has already profited from the informal miners’ work. Meanwhile, major violations and environmental harm continue uncontrolled in the area within the mining license and in areas adjoining it – as confirmed by the Wapichan monitoring reports.

Thinking Together for Those coming behind Us http://www.forestpeoples.org/sites/fpp/files/publication/2012/05/wapichan-mp-22may12lowresnomarks.pdf 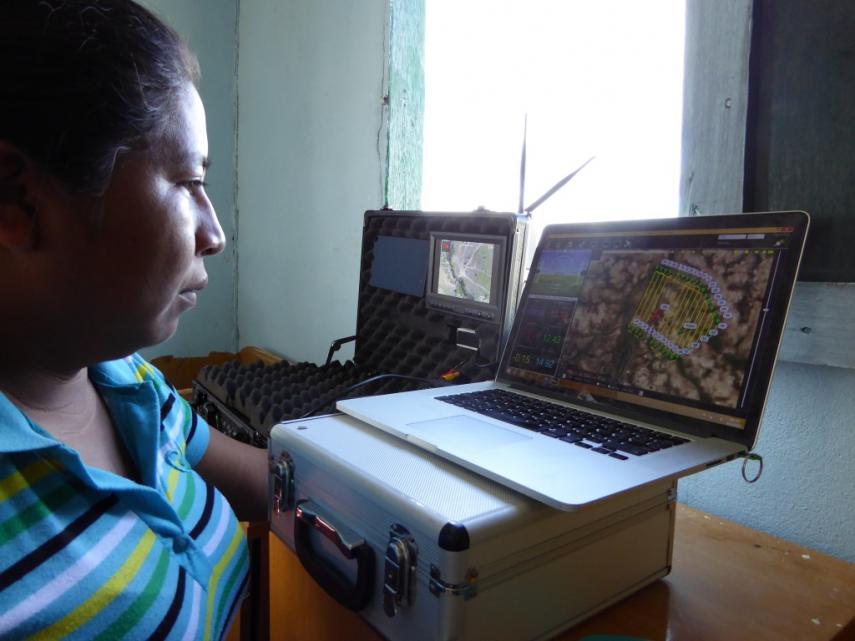 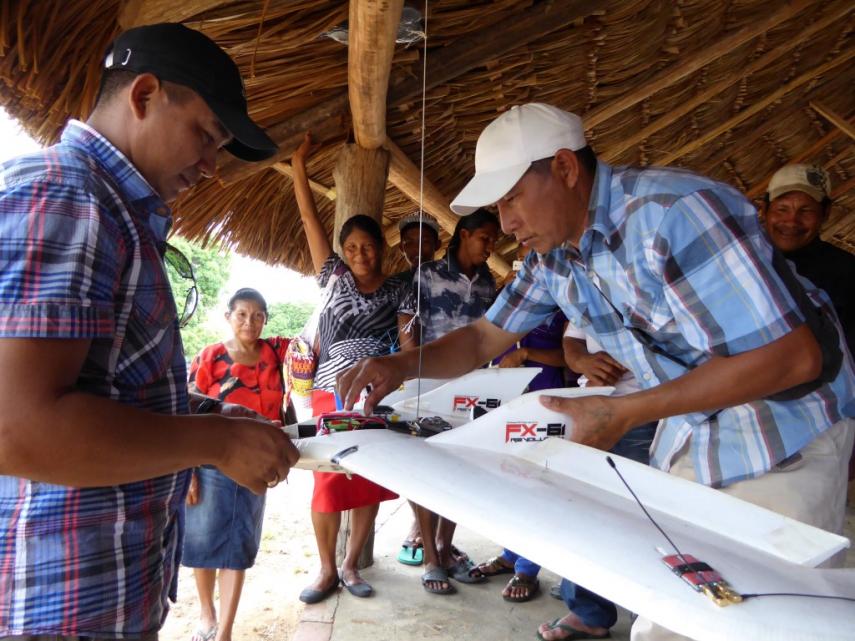 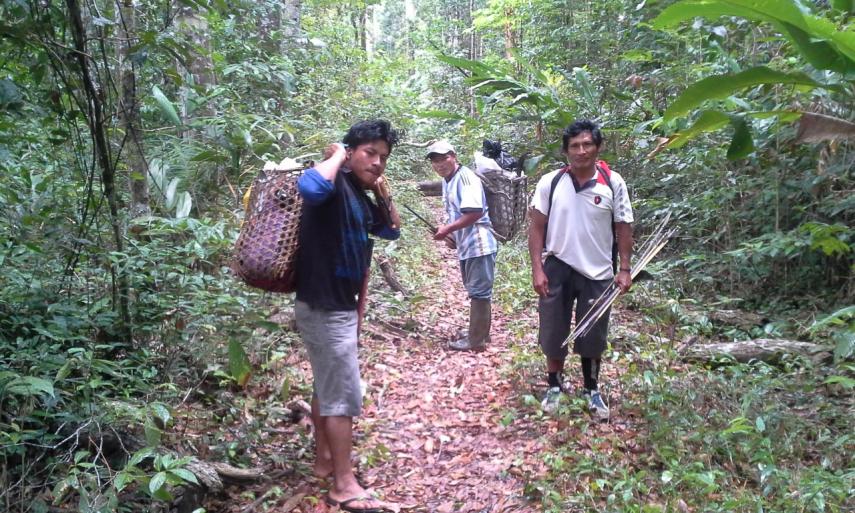 Mining concessions in the Southern Rupununi (2017)
By
SRDC
Digital Democracy 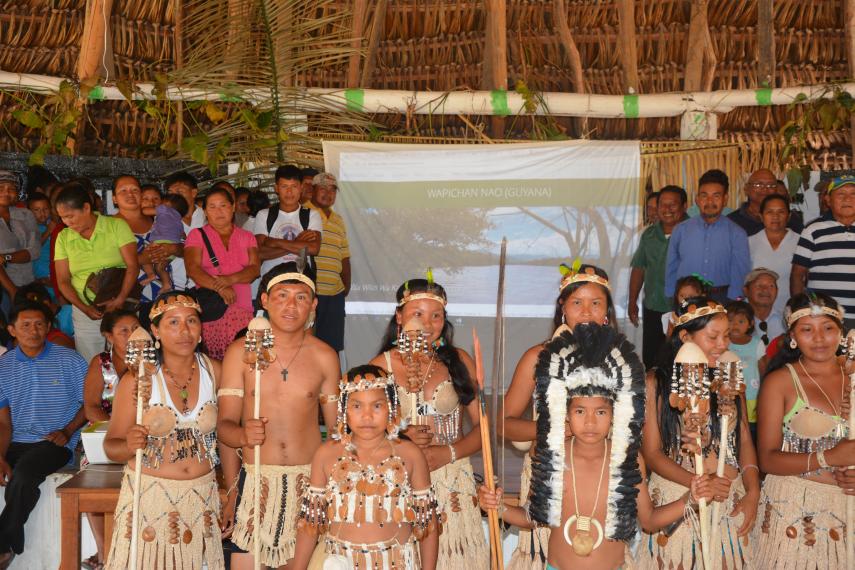