Golden Veroleum Liberia says “see you later” to the RSPO, or is it “goodbye” ? 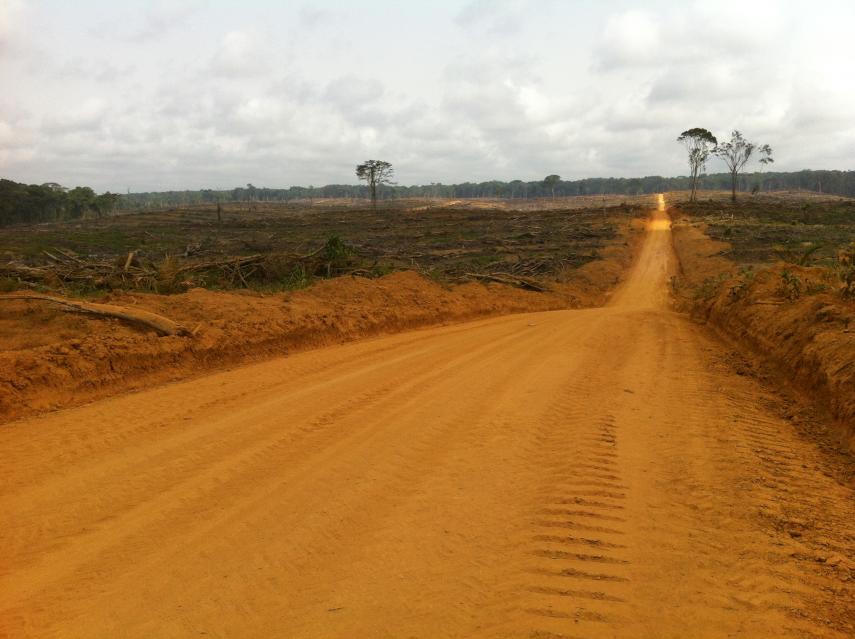 In response to the RSPO Complaints Panel’s damning verdict on GOLDEN VEROLEUM LIBERIA (GVL) – a verdict upheld on appeal (full case here)  – GVL has announced a decision to 'voluntarily withdraw' its RSPO membership.

This move seems to have had the blessing of its lead investor, the Singaporean-registered palm oil giant Golden Agri-Resources (GAR), arguably placing GAR itself in violation of the RSPO Code of Conduct. This should raise a red flag for GAR’s investors and customers, especially in light of a recent Friends of the Earth report citing GAR’s financial ties to prominent global firms such as BlackRock, Vanguard, Rabobank, Citibank, Robeco, Northern Trust and the UK’s Silchester International Investors, as well as GAR’s buyers, including Nestlé, Procter & Gamble, Unilever, PZ Cussons and PepsiCo.

GVL’s palm oil concession in Liberia has been troubled from the outset. Given GVL’s continued adherence to the ‘cheap land – cheap communities’ concession model, which externalises costs to the environment and to human rights, this is no surprise. Nor will this be a surprise to Liberian community and civil society actors who have grown tired of hearing GVL’s ‘market-leading’ rhetoric, while they report the company to the RSPO for taking community land without consent, despoiling grave sites, levelling tower-block high forests, and latterly, building their first processing mill on the Blogbo community’s sacred hill.

The Civil Society Oil Palm Working Group of Liberia has released a press statement expressing its disappointment and alarm at GVL's decision which “reflects a lack of commitment to fully abide by Liberian law, respect human rights and protect the environment”. The Working Group says that the move is a wake-up call for Liberia to adopt a long-awaited Land Rights Act that properly secures legally enforceable protection for community land rights, rather than just the voluntary regulation provided by the RSPO.

In his announcement of GVL’s ostensibly temporary withdrawal while laying out their own sustainability action plan, recently appointed CEO of GVL Patrice Lobet stated “that GVL can best honour the spirit of the RSPO P&C’s by stepping out”.

It is unclear how GVL can hope to avoid the evident contradictions in its public statement and its actions, while its real intentions seem plain: GVL rejects the RSPO’s judgment and recommendations, and by withdrawing its membership it is seeking to avoid being held to account. This move puts GVL’s self-styled ‘sustainability journey’ on a much longer, not shorter path, and indeed appears to be a final nail in the coffin for ever achieving credible sustainable palm oil certification.

GVL’s actions will also inevitably undermine the credibility of the RSPO, with a well-worn criticism of this certification scheme being that companies can easily evade being held to its sustainability standard by withdrawing their membership. The RSPO will face calls for it to develop procedures to discourage and sanction companies for giving up membership while complaints remain unresolved. That said, the RSPO also deserves huge credit. Despite a tortuous and frustrating journey for the complainants, the RSPO has beefed up its complaints system, and shown itself willing to condemn member companies who violate its standard. This will hopefully serve as a warning to other companies seeking to use membership as a fig-leaf for unsustainable practice, providing the RSPO now takes as strong a position in relation to GVL’s lead investor, GAR.