Joining the dots to protect forests, climate and rights - A Strategy Think-piece 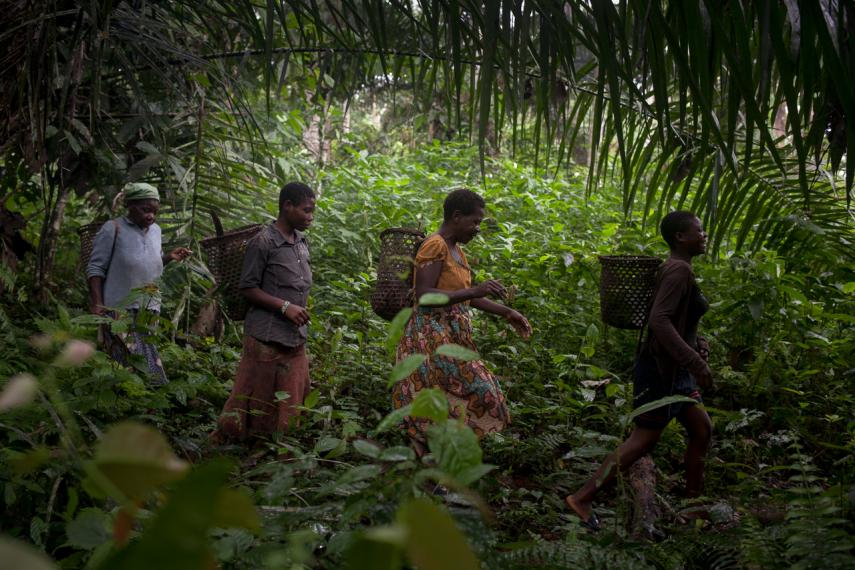 Three interlinked environmental catastrophes are facing the world, and a fourth crisis highlights where the solution lies:

As 80% of global biodiversity lies within the vast forest territories of indigenous peoples, these crises are closely linked.1 The threats to the successful conservation of forests, the associated impacts on our global climate and the cultural survival of indigenous peoples who call those forests home have their roots in the same problem: a failure to legally recognise and enforce the rights of indigenous peoples to care for their ancestral forest lands, thereby securing their lands and demonstrating sustainability is possible. FPP works at the nexus of these problems mobilising a diverse set of tools to tackle these linked crises.

FPP’s approach is rooted in deep working relationships with indigenous peoples, connecting their struggles with national and global allies in the spheres of conservation, human rights, development and trade, and using tools such as strategic litigation, and legal and policy reform to reinforce this grass roots advocacy to generate transformative change. FPP provides support to the struggles of our indigenous and community partners in twenty of the world’s most forested countries from the Amazon to Borneo to the Congo basin thereby directly contributing to the protection of 10s of millions of hectares of forest. By supporting those struggles to leverage reform in national laws and global systems (e.g. in the trade of forest-risk commodities such as palm oil) FPP’s work indirectly affects the future of 100s of millions of hectares of forest.

Increasing the agency of indigenous peoples to protect their rights and forests can be greatly helped by technology, as exemplified by FPP’s partnership with Digital Democracy employing innovative technologies that enhance indigenous peoples’ capacity to map and monitor their lands (e.g. in Guyana). Deploying equally innovative legal, advocacy and communications tools ensures that the outputs from these technologies can inform and drive systemic change in national and international law and policy.

FPP has used this approach to great effect for communities including in Peru, Kenya, Guyana, Indonesia and Liberia and via our innovative work at policy levels such as the EU and World Bank to rein in the impact of global supply chains on forests.

Furthermore, these twin aspects of the dominant paradigm (both of which treat humans as external to nature), are not even working on their own terms. The extractive industry and agribusiness systems fails to meet even their stated aim of poverty alleviation – wealth is extracted and concentrated and those benefits are frequently short term as resources are used faster than they can renew. Similarly, ‘fortress' conservation fails to achieve its stated aim of sustainable environmental protection - logging and poaching is still widespread and there is growing evidence that forests are around six times better protected where indigenous peoples have secure rights over their ancestral forests compared to ‘fortress’ conservation areas. In short, conservation works better when indigenous peoples are treated as allies, not enemies.

Evidence shows that when the rights and cultures of indigenous peoples are undermined – in industry and conservation alike – the forests and our global climate and biodiversity are undermined too. Indigenous peoples' rights are already recognised in international law, but systems for enforcing rights and holding those to account for their violation are still weak. As long as this is the case, the power to protect forests will also be weak.

While the evidence for rights-based forest protection is compelling, evidence alone is not enough. In order to drive change at the scale and pace that is needed to protect our forests and climate, we need to advance new paradigms for conservation, development and trade, in which indigenous peoples’ occupation, sustainable use and defense of forests plays the leading role. This requires building powerful alliances among a diverse array of civil society actors, including within the donor community, to channel support to communities who are defending their lives and forests. Only then will the rhetoric of a new paradigm be turned into a reality on the ground. FPP is currently working with a global movement of indigenous partners and allies in the human rights and conservation movement to turn rhetoric into reality. Join us in 2019 to begin turning the tide.