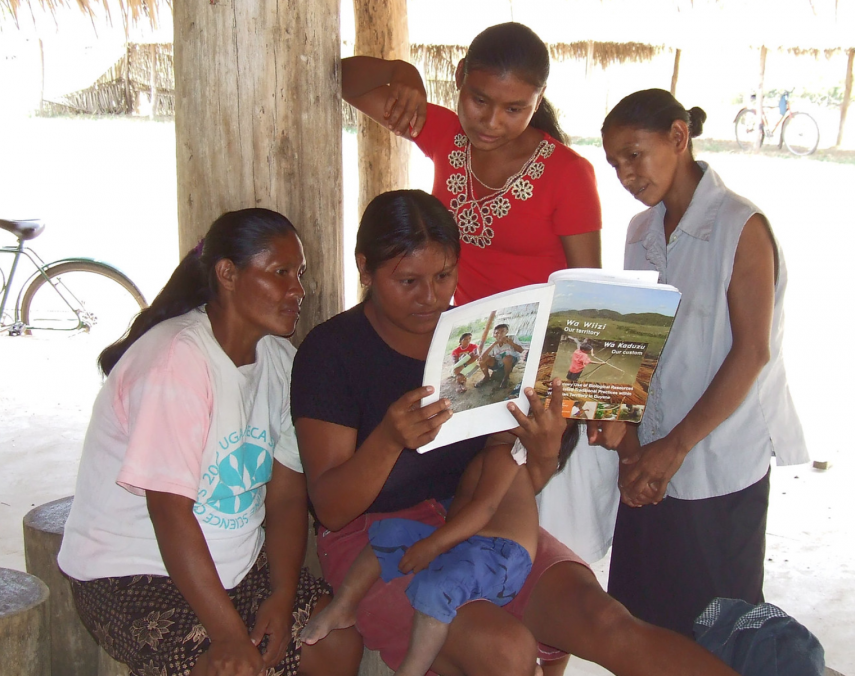 This press release was issued by our partners, South Rupununi District Council, on the need to address discrimination against indigenous women in Guyana, and their response to recent UN observations on this issue.

The South Rupununi District Council (SRDC) welcomes the Concluding Observations on Guyana by the UN Committee on the Elimination of All Forms of Discrimination Against Women released on 22 July 2019. The Committee’s Concluding Observations are timely and incorporate many of the SRDC’s recommendations for government action to address discrimination against indigenous women. The SRDC’s recommendations were made in a shadow report submitted to the Committee and presented by SRDC representative Immaculata Casimero during the Committee’s 73rd session in Geneva.

Immaculata Casimero, an SRDC representative and women’s rights activist, travelled to Geneva, where the mentoring programme From Global to Local, organized by the International Women’s Rights Action Watch, worked with her to prepare a presentation to the CEDAW Committee. Ms. Casimero both provided important inputs into the CEDAW review process and also gained significant experience, relating:

“[T]he programme fully prepared me to give an oral statement before CEDAW. I learned about how the human rights system operate, where CEDAW fits, and how CEDAW can be used to advocate for women’s rights. Being able to work with women from other countries has been a life-changing experience where I felt motivated and encouraged to do more for the women in my territory. Listening to the experiences and challenges shared by women from other countries, I built my courage and self-confidence, knowing they are all working on a common goal in advocating for women’s equality and equity which I can then voice for vulnerable women.”

Ms. Casimero’s oral presentation and private discussion with the CEDAW committee members helped shape the Concluding Observations finally issued by the Committee. Ms. Casimero briefed the committee members on the many issues affecting indigenous women and girls in our territory and also on issues affecting women nationally. The Committee incorporated the SRDC’s concerns and recommendations, as raised by Ms. Casimero, in the constructive dialogue between them and Guyana and later into the Concluding Observations.

The SRDC additionally highlights the need for the Government to improve access to justice in indigenous communities; to use verified data collection to determine the effects of mining on indigenous women and to combat the negative impacts of mining; to implement programs, in conjunction with indigenous communities and indigenous women, to assist with adapting to climate change and fighting the resulting food insecurity; to increase capacity-building efforts not only on CEDAW and women’s rights but also on sexual and reproductive health and on the negative impacts of gender stereotyping; and to address the issue of rising numbers of teenage pregnancies. We refer the Government of Guyana to our shadow report for more detailed concerns and recommendations on how to address them to ensure that indigenous women in Guyana can actually enjoy their rights protected under CEDAW in their day to day lives.

The SRDC urges the Government of Guyana to respect its treaty obligations, to implement the recommendations made by CEDAW, and to work collectively with the SRDC, other indigenous representative institutions, and indigenous NGOs to ensure that indigenous women can fully enjoy the rights recognized under CEDAW