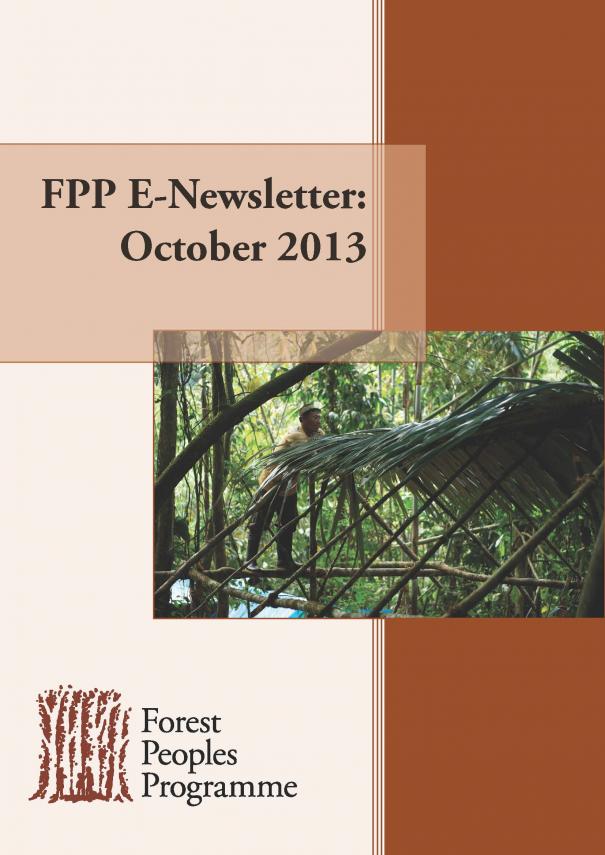 The principle that the enjoyment of human rights is both the means and the goal of development, highlights the importance of human rights monitoring as a means for empowering rights-holders to exercise their rights, whilst holding States and other actors accountable for their human rights obligations.

In Southeast Asia, prompted by evidence about serious human rights violations caused by trans-boundary investments in agribusiness, representatives from National Human Rights Institutions met together with civil society organisations in Bangkok to develop an action plan for effective enforcement of human rights in the agribusiness sector.

The Merauke Integrated Food and Energy Estate (MIFEE) project in the Indonesian province of Papua provides an example of the human rights abuses posed by agribusiness. The MIFEE project was brought to the attention of the UN Committee on the Elimination of Racial Discrimination for threatening the cultural survival of the Malind and other affected peoples, by violating their rights to food and disrespecting their cultural institutions.

In Peru, vigilant efforts by indigenous peoples since 2010 to monitor the fulfilment of government commitments on forests have resulted in the Peruvian government agreeing to modify the draft Forest Investment Plan, to recognise and respect indigenous peoples’ land and resource rights, as well as to address illegal logging and deforestation.

The World Bank’s Forest Investment Programme (FIP) provides new funding for forests in Peru and other countries under the UN Framework Convention on Climate Change (UNFCCC). Concerned about the human rights impacts of investments by international financial institutions, indigenous peoples and NGOs petitioned the UN Human Rights Council at its latest meeting to provide guidance on the human rights obligations of multi-lateral development banks and proposed due diligence procedures to ensure that investments do not lead to human rights violations. Furthermore, NGOs have been monitoring the UK government’s process of developing a new fund on Forests and Climate Change (FCC) for tackling drivers of deforestation, and have proposed measures that would maximise social and environmental benefits.

The World Conference on Indigenous Peoples, being convened in September 2014 as a UN General Assembly High Level Plenary Meeting, will review progress being made in the implementation of the UN Declaration on the Rights of Indigenous Peoples (UNDRIP), seven years after its adoption in 2007. Surely it is timely for the Convention on Biological Diversity to adopt the use of the term “indigenous peoples” as recommended by the UN Permanent Forum on Indigenous Issues?

The recent Global Conference on Community Land Rights held in Interlaken, Switzerland, called for a doubling of secure community land rights by 2018.  Meanwhile, a global workshop on community participatory mapping and monitoring was held in Lake Toba, north Sumatra, Indonesia and called for customary forests to be mapped and demarcated as distinct from state forests.

Finally, we are happy to highlight the work of FPP Partner Organisation of Kalin’a and Lokono Peoples in Marowijne (KLIM) in Suriname, and the Pancur Kasih Empowerment Movement in West Kalimantan on the occasion of the recent publication of 2 books on the history of their movement.

Overall, human rights monitoring has been serving its role to help realise human rights for all and such work deserves further strengthening and support.