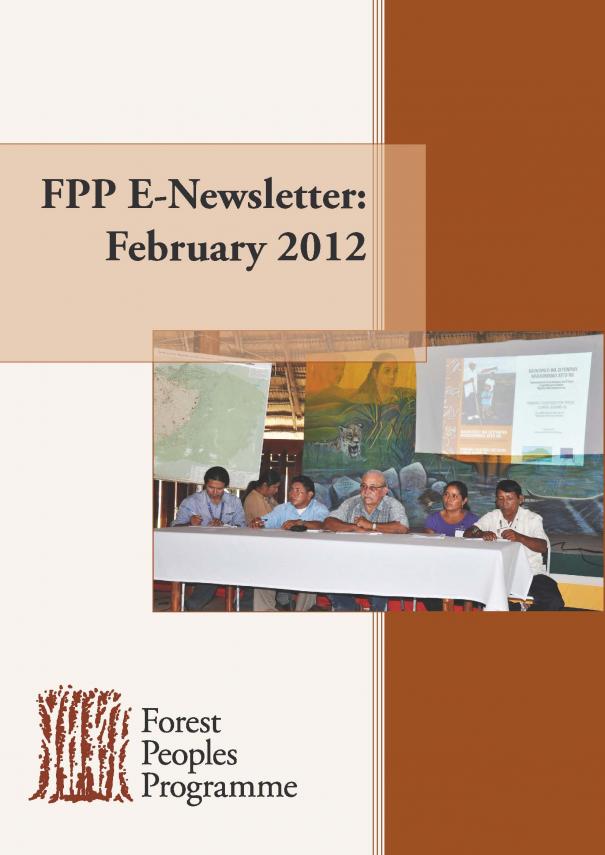 Balancing human beings’ need for decent livelihoods against the imperative of securing our environment is, arguably, the biggest challenge facing our planet. This struggle between ‘development’ and ‘conservation’ is being played out in global policy negotiations, with the decisions of so-called policy-makers being imposed on the ground. But not everything is or should be ‘top down’. Enduring solutions also spring from the grassroots, from the ‘bottom up’.

In this newsletter we celebrate the sterling achievement of the Wapichan people who after a ten year effort mapping and agreeing how to use their ancestral lands in south Guyana, have released a comprehensive plan to secure their people’s livelihoods and set aside 1.4 million hectares of forest for conservation. The Wapichan now look to the Government of Guyana to secure their area and so make these plans effective. The example contrasts startlingly with the case of the Kaeng Krachan National Park in Thailand where security forces have been torching Karen villages and burning their rice stores to expel them from their forests. FPP joined with the Karen in appealing to the Thai Prime Minister to halt these abuses. This is an example of the old ‘Yellowstone Model’ of exclusionary conservation that seeks to create uninhabited wildernesses in indigenous peoples’ territories. It is a model of conservation that most conservationists have rejected in favour of a ‘new paradigm’ that respects people’s rights in Protected Areas. A pilot assessment of the Ob Luang National Park in northern Thailand has just been carried out, under the newly agreed ‘Whakatane Mechanism’, to see how far this new approach had been applied there. The team of observers, from IUCN, FPP, local communities, local NGOs and National Parks authorities, found that National Parks staff in Ob Luang have adopted a policy of joint management, accepted Karen and Hmong communities’ presence in the Park, and have explicitly endorsed these communities’ rights to their farmlands and to regulate the sustainable use of their forests.

Meanwhile, back at the top, the climate negotiations in Durban brought mixed results. The conference agreed that policies to reduce emissions from deforestation must go beyond securing carbon to ensure livelihoods and fair-sharing of benefits, but government parties baulked at accepting monitoring of rights, which is what indigenous peoples had demanded. The UN-REDD Programme however is near finalising its guidance on how Free, Prior and Informed Consent should be respected in forest and climate programmes. Moreover, a regional meeting in South East Asia of National Human Rights Institutions, with concerned community voices, indigenous peoples and NGOs, issued a Bali Declaration on Human Rights and Agribusiness which calls on States to protect community and indigenous peoples’ rights and for agribusinesses to observe human rights. Encouragingly, international banks who have adopted the Equator Principles recently affirmed that they will adhere to the revised Performance Standards of the International Finance Corporation, which requires indigenous peoples’ ‘Free, Prior and Informed Consent’ to projects planned on their lands.

Getting such standards applied on the ground is the bigger challenge. In Indonesia, communities have no recourse to the law, as the judiciary is not independent and the legal framework is unfavourable, so FPP partner NGO Scale Up has been pioneering alternative processes of dispute resolution. Already there are over 7,000 government-registered land disputes in Indonesia crying out for resolution. Across the world, in Belize, oil companies are moving in on Mayan peoples’ lands without their agreement. Not only are ‘development’ and the ‘environment’ still in collision, but policies are still being imposed from the top down without any room for a local voice. It is FPP’s role, when requested, to support these peoples to ensure they do have a determining voice about resource use in their areas. This is how ‘development’ and ‘conservation’ can really be balanced.