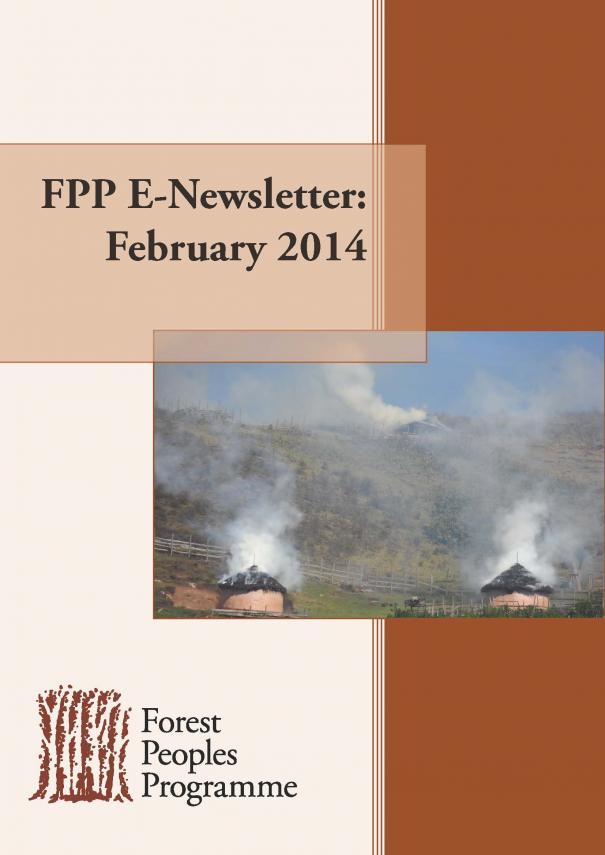 The UN General Assembly during its 69th session, on 22-23 September  this year, will convene a high-level plenary meeting - the World Conference on Indigenous Peoples  – to review the implementation of the UN Declaration on the Rights of Indigenous Peoples (UNDRIP) since its adoption in 2007, and to identify outstanding issues and actions pertaining to indigenous peoples and development.

Reports included in this issue of FPP’s Newsletter highlight some of the issues that need to be urgently addressed, including ethnic and gender-based discrimination and violence.

Foremost among these is the human rights obligation to avoid and minimise involuntary displacement which has been shown to cause serious harms and impoverishment for affected persons and communities. For indigenous peoples, whose lives, cultures and well-being are closely tied to their lands, territories and resources, their free, prior and informed consent is required for any proposed action or decision that may affect their rights and interests. Forced relocation is expressly prohibited under international law and voluntary relocation may only take place after agreement of fair and just compensation (preferably in the form of alternative lands and territories), appropriate benefit sharing arrangements, and, where possible, the option of return.

The violent eviction of the Sengwer people from the Embobut forest by the Kenya Forestry Service,  despite the High Court’s injunction forbidding such actions, has drawn widespread national, regional and international concern, including from James Anaya, the UN Special Rapporteur on the Rights of Indigenous Peoples. The World Bank Inspection Panel is investigating related human rights violations with respect to its Natural Resource Management Project (NRMP) in the Cherangany Hills, in a case possibly illustrative of its wider record of social and environmental harm, as chronicled in the book “Foreclosing the Future? The World Bank and the Politics of Environmental Destruction”, a review of which is included in this newsletter.

Also threatened are the indigenous peoples living in voluntary isolation in Peru, following formal approval by the Ministry of Energy and Mines of the Camisea gas project’s expansion plans within the Kugapakori, Nahua and Nanti Reserve.

Strongly criticised clearances of forests and peatlands by palm oil companies has led to their adoption of forest conservation standards. In Indonesia, field investigations of efforts by Golden Agri Resources (GAR) to pilot its Forest Conservation Policy in its subsidiary PT KPC  in West Kalimantan, revealed on-going land grabs and resulting land shortages experienced by Dayak communities, in clear violation of standards set by the Roundtable on Sustainable Palm Oil (RSPO). Similar conservation approaches being applied more widely by GAR and sister companies in Borneo, Sumatra, Kalimantan and Liberia, must learn lessons by starting with respect for communities’ land rights.

The EU’s Forest Law Enforcement Governance and Trade (FLEGT) Action Plan, could also be strengthened by integrating international law and the customary law of indigenous peoples and local communities, in its approach and definition of “legality” in its voluntary partnership agreements.

An International Workshop on Deforestation Drivers and the Rights of Forest Peoples to be held on 9-14 March in Palangkaraya, Central Kalimantan, Indonesia will address all these issues, share lessons and generate recommendations to stem deforestation, promote human rights and local livelihoods.

The UN Declaration on the Rights of Indigenous Peoples sets out the minimum international standards for the protection of the rights and well-being of indigenous peoples.  The need for robust standards and, crucially, improved mechanisms for their implementation, is borne out by the severe impacts on indigenous communities when its principles and rights are violated.  Hopefully the World Conference on Indigenous Peoples will strongly communicate this message to governments, financial institutions, business, civil society and indigenous peoples, so the reported problems can be justly addressed.