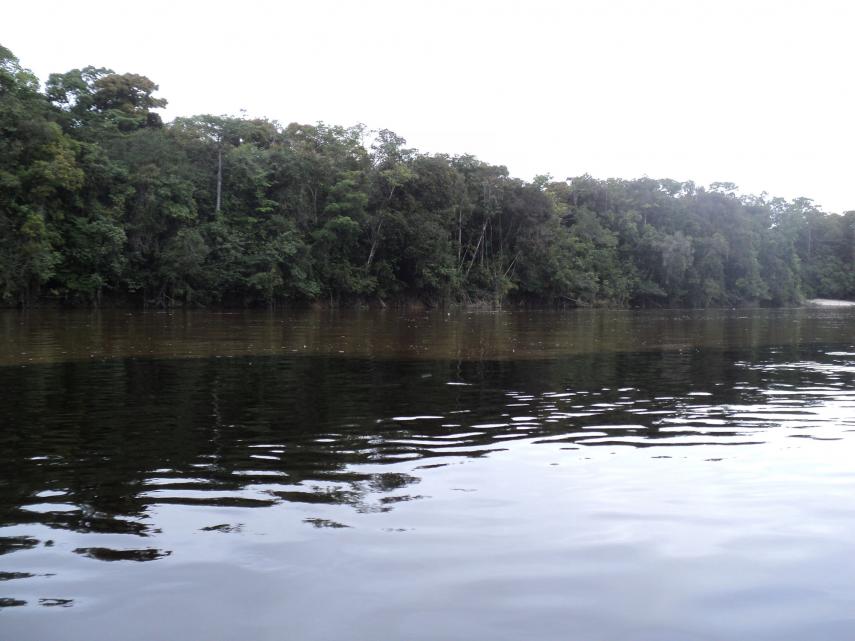 At the beginning of 2013, indigenous peoples in Guyana are becoming increasingly alarmed over continuing and growing disregard for their legitimate rights by miners and government agencies and gross rights violations which have been endorsed by the judiciary in two recent cases. In 2012, the mining lobby publicly attacked indigenous peoples’ land rights in the Guyanese press and pledged to oppose recognition of customary lands. Meanwhile, the government agency responsible for regulating the mining sector appears to be accelerating the issuance of mining permits and concessions on Amerindian customary lands, despite the fact that these same lands are the subject of legal actions in the courts seeking recognition of traditional ownership rights and/or unresolved village applications for land title and title extensions.

Recent events and court rulings on mining conflicts on Akawaio Village lands in the Middle and Upper Mazaruni are tragic examples of this blatant violation of indigenous peoples’ rights by the mining sector. In response, Akawaio leaders and communities are standing up for their rights and challenging mining encroachment on their traditional lands and waters. For the past year, Kako Village in the Upper Mazaruni District has been forced into a court battle brought against them by a miner when they refused her entry to the Kako River to start a mining operation. The Village leader (Toshao) has also been cited for contempt of court and now faces possible imprisonment after his people took peaceful direct action to prevent the miner from entering their land in contravention of a court issued injunction that the miner be allowed to proceed unhindered.

“It is known that we are the protectors of these lands and we depend on these lands. Our land is our life!” declared Toshao Mario Hastings as he spoke of the importance of his community’s land to his people.

In July 2011, the Village Council and residents of Kako first learned that the regulating agency, Guyana Geology and Mines Commission (GGMC), had issued a ‘prospecting permit’ to this miner. During a first interaction the residents strongly objected to any mining activity taking place upriver or on their traditional lands since this would result in their water source becoming polluted and their traditional lands being degraded. They were adamant that these would affect their livelihoods since these areas are where they fish, hunt and farm. There are also homesteads in this location that have been in existence for many generations and many years prior to Guyanese independence from Britain.

On two occasions in July and August 2012, the miner tried to pass through but the villagers were persistent in opposing the entry. In the meantime, the Toshao tried to meet with relevant agencies to highlight their concerns but to no avail. On 18 September 2012, the miner filed an injunction which was granted and then served on the Toshao. On the 5 October 2012, while the Toshao was in another community attending a district council meeting, he was suddenly called to intervene in what appeared to be a ‘face-off’ with this miner whom the residents had stopped again from passing through the river. The miner has since filed a notice of motion of contempt of the order that was granted and is demanding that “The Toshao of Kako Village be committed to the Georgetown Prison for his willful and brazen disobedience” and is insisting that he is the “initiator and organizer” of the resistance of the Akawaios of Kako Village.

As is the case for many Amerindian Villages in Guyana, Kako’s existing titled land does not correspond to the full extent of its customary lands that are traditionally used and occupied; including lands extending westwards up the Kako river valley. These customary lands make up the traditional resource areas used by Kako villagers and are shared under customary law with the neighbouring Akawaio villages of Kamarang, Jawalla and Phillipai, who use these lands in common with Kako residents for hunting, fishing and gathering. In November 2012, the Toshao acquired a copy of a mining concessions map and shockingly discovered that most of their traditional lands are now extensively covered by prospecting and mining blocks, in some cases multiple blocks issued to one miner.

Recently, in what may be seen as another blow to the struggle of the people of Kako, a judge in the High Court has ruled that the Isseneru Village Council in the Middle Mazaruni has no authority to give directions to miners on their titled lands on the basis that the miner was the concession holder before Isseneru Village received title to their lands and also because the Amerindian Act could not support the powers since the law was enacted after the concession was granted.

Meanwhile, on 26 January 2013 the miner at the centre of the land conflict in Kako moved her equipment up river and on 3 February another miner went up river to put up mining claim notices. Once again, neither miner informed the community and did not seek their prior agreement.

The court case against the Kako Village leader continues with a possible judgement expected this month: will the interpretation of the laws uphold the rights of indigenous peoples? At a recent press conference held in collaboration with Isseneru Village Council, the Toshao of Kako has frankly stated that: “This is proof that the Amerindian Act, which the government has been telling us is the best Act in the world, is a blatant lie. I demand that this law is revised immediately so that our rights are guaranteed.” 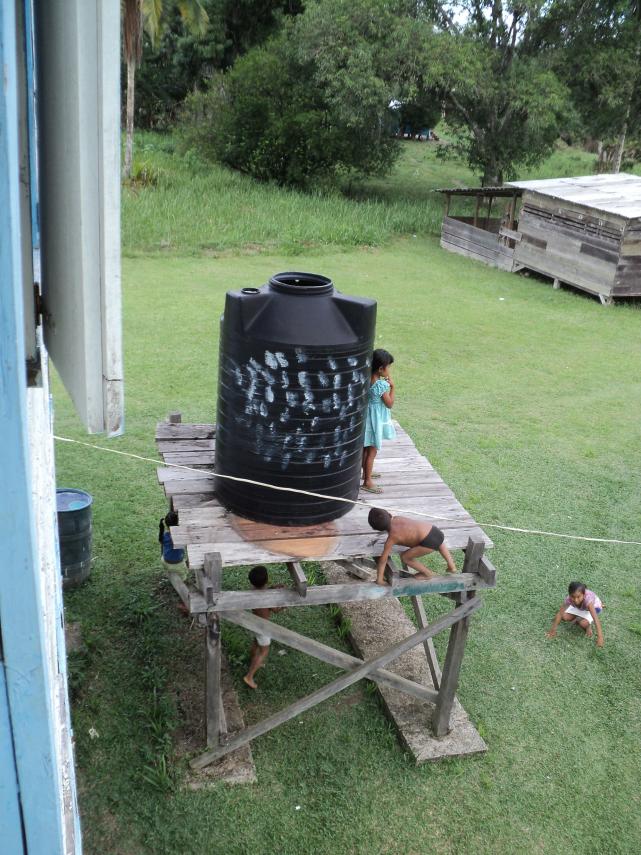 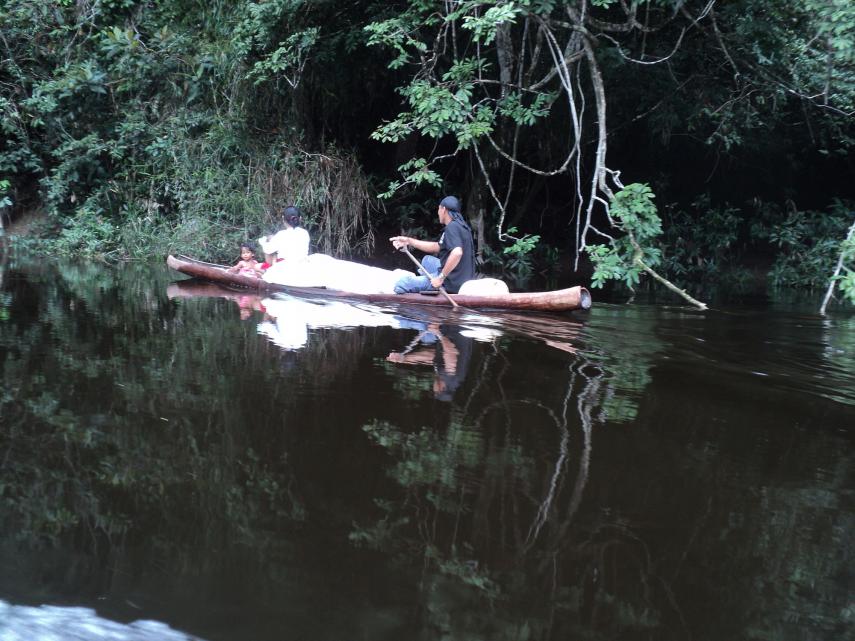 A family on their way home on the Kako river. They live very close to the mining concessions
By
Oda Almas 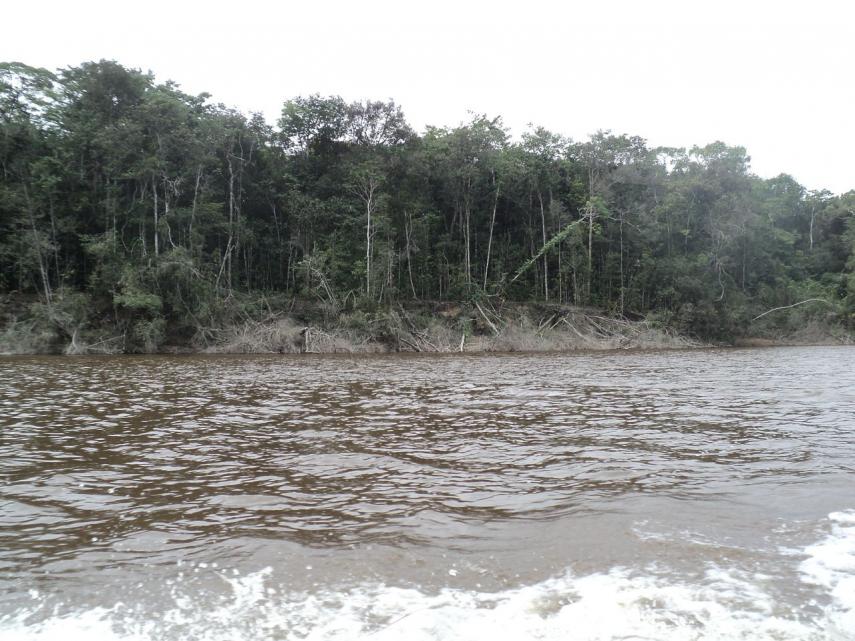