Renewed threats of terror against the indigenous Emberá Chamí of the Cañamomo Lomaprieta Reserve, Colombia 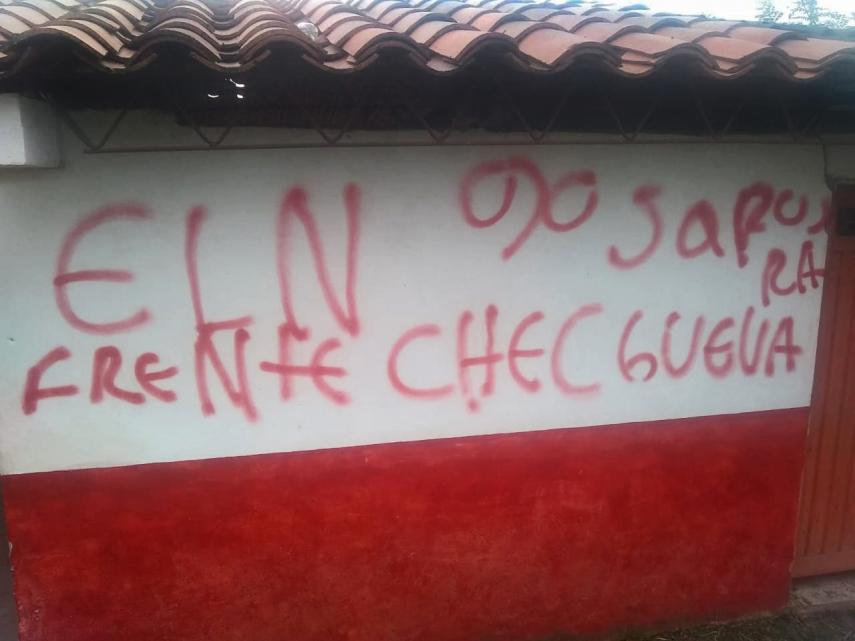 On 14 February, residents and leaders of the Resguardo Indígena Cañamomo Lomaprieta were targeted by a new armed actor defacing the walls of community buildings, and outlining threats in pamphlets under household doors.

An armed group named “Frente de Guerra Chec Guevara”, which claims links to the National Liberation Army (ELN), put its name to these actions, instilling fear among the Embera Chamí people living in this Colonial Indigenous Reserve, in the departments of Ríosucio and Supía, Caldas, Colombia. 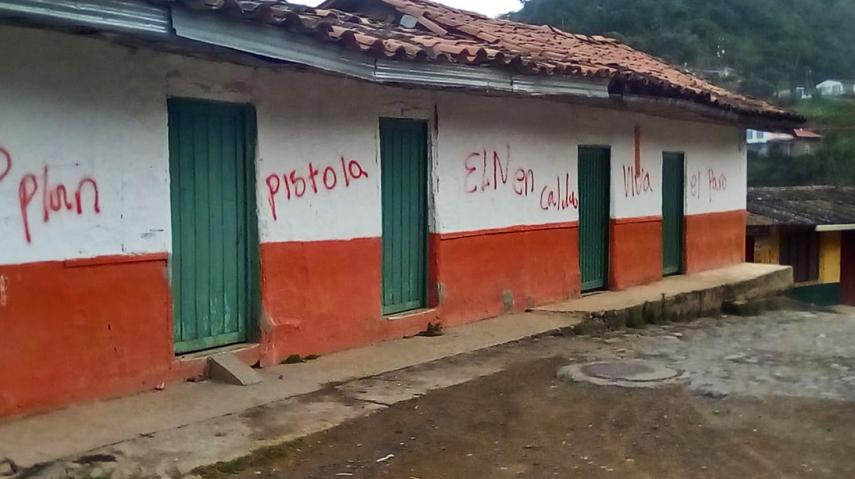 “We condemn the actions of armed groups of any type trying to instil terror in communities,” stated a public declaration issued by the Cabildo, the traditional indigenous authority, that same day.

The Cabildo further condemned the disregard for the autonomy and exercise of self-government of indigenous peoples, and all actions that violate human rights and international humanitarian law.

The defacement of community buildings came as the ELN declared a four-day national strike across the country. Their declaration counters Emberá Chamí self-governance, and their position that their territory “is a territory for peace and coexistence, never for war.”

For the Resguardo this horrific action is one of a series of threats from outside actors wanting to control its gold-rich territory. Indeed, it has been the victim of several massacres and the beneficiary of precautionary measures issued by the Inter-American Commission for Human Rights in 2002; safeguard plans ordered by Colombia’s Constitutional Court in 2009 through Auto 004; and the delimitation of its colonial territory through Constitutional Court decision T-530/16.

RCMLP press release - Spanish393.77 KB
Related content
Statement to the public: A new homicide in the indigenous territory of Riosucio, Caldas, Colombia
BLOG: We are the scream of those who no longer exist - Living with death in a Colombian Indigenous Resguardo