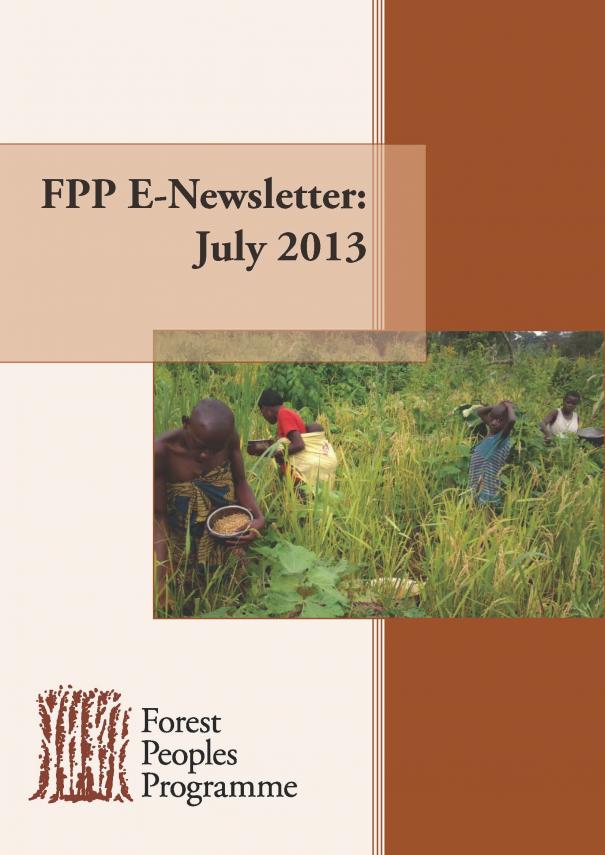 Mutual recognition, mutual respect and mutual benefit are among the desirable attributes of all human relationships. Indigenous peoples and other forest peoples also expect these qualities in their relationships with others – be they governments, private corporations, NGOs or other indigenous peoples’ organisations and communities. This issue of Forest Peoples Programme’s E-Newsletter reports on the state of various relationships between forest peoples and different institutions – as these are forged, tested or broken –in the course of assertions for upholding basic human rights, social justice and solidarity.

This case underscores the importance of official recognition of indigenous peoples as legal subjects having standing to claim their customary forests, and to pursue cases when their rights to lands, territories and resources are not respected or are violated.

If respect and recognition for forest peoples becomes the norm to be applied in all development processes affecting them, then they will no longer be routinely ignored when significant development projects on their territories are planned or implemented. Such was the case in the auction of mining lots in Amerindian villages in the Upper Kwitaro River area in Guyana which holds special spiritual and livelihood significance for the Wapichan people. In Jambi, Indonesia, the Wilmar palm oil concession PT Asiatic Persada has been sold to another corporation, whilst undergoing a mediation process by the International Finance Corporation’s Compliance Advisor/Ombudsman (IFC CAO), to redress earlier evictions of the affected indigenous Batin Sembilan communities. The sale of the concession was carried out without prior consultation or respect for the free, prior and informed consent (FPIC) of the communities engaged in the mediation process.

This E-Newsletter also reports on the self-directed actions being taken by forest peoples and their supporters to engage UN bodies and international processes, including the Committee for the Elimination of Discrimination against Women (CEDAW), the Convention on Biological Diversity (CBD), the Intergovernmental Science-Policy Platform on Biodiversity and Ecosystem Services (IPBES) and the World Indigenous Network (WIN). An alternative report was submitted to CEDAW about the situation of indigenous women in the Democratic Republic of Congo (DRC) highlighting the glaring gap in government reporting. This report will be presented to CEDAW by a delegation of indigenous women from the DRC this month.

Collaboration among indigenous organisations also takes place through community exchanges to share and learn about actions such as community mapping and land use planning, as demonstrated by the Organisation of Kalin’a and Lokono peoples in Marowijne (KLIM) from Suriname and the South Central Peoples Development Association (SCPDA) in Guyana.

Finally, in order to commemorate the 10 year anniversary of Réseau CREF, one of FPP’s partners in the DRC, we interview their Director about their goals, vision and future activities. The organisation has been supporting the rights of forest peoples and conserving forests in the DRC for a decade, and we hope they continue their valuable work for many years to come.