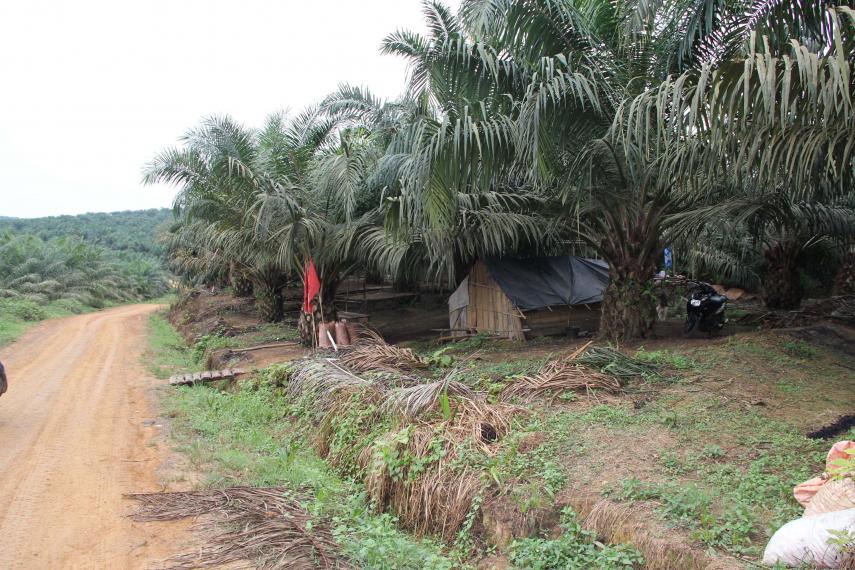 Globally oil palm plantations continue to expand at a rapid rate. World leader, Indonesia, has raced past Malaysia to become the number one producer. Latest data from the Indonesian watchdog NGO, SawitWatch, suggests that oil palm plantations in Indonesia now cover 11 million hectares, up from 6 million hectares only five years ago. New plantings are spreading to the smaller islands of the archipelago and to the less developed areas of eastern Indonesia. Hopes that a Presidential promise of a 2 year moratorium on forest clearance would slow the crop’s expansion – part of a deal to reduce green house gas emissions - have also evaporated as the government has excepted areas where preliminary permits have already been handed out.

Doubts are growing about whether the Roundtable on Sustainable Palm Oil (RSPO) can really change the practice of even the more responsible companies. A recent report by the Forest Peoples Programme (FPP), HuMa and SawitWatch exposes the very serious problems in the Province of Jambi on the island of Sumatra where the world’s largest palm oil trading company, Wilmar, has several holdings. The new report details how Wilmar’s 51%-owned subsidiary, PT Asiatic Persada, has taken over the customary lands of the Batin Sembilan people without consent and without due compensation. In August, mobile police contracted by the company working alongside company staff using heavy machinery carried out a week-long operation to expel three small settlements from the estate. Firing their guns and shouting at the people ‘run, dogs, run!’, they proceeded to destroy 83 dwellings and bulldoze even their concrete floors into the creeks.

When FPP raised concerns about the evictions, in August, with Singapore-based Wilmar (a board member of the RSPO), it initially issued a point-by-point rebuttal of our allegations. In September, it claimed these were also refuted by an independent audit. Our more recent field review, carried out in October, however, shows that the initial claims of police firings, forced evictions and serious land disputes were well founded. Local community members with FPP and other supportive NGOs appealed (yet again) to the Compliance Advisory Ombudsman (CAO) of the International Finance Corporation to re-start its conflict mediation in the 20,000 hectare concession. The CAO has accepted the complaint. Wilmar has also agreed to mediation by the CAO, raising expectations that the communities may get redress, but the case shows the huge gap that remains between paper policies and actual practice.

Meanwhile other Asian companies like the Malaysian palm oil giant, Sime Darby, another Board member of the RSPO, are expanding their operations in Africa. Sime has plans for some 200,000 hectares in Liberia, but already there are serious problems. Alerted by FPP that the RSPO has a grievance process they could activate, community leaders complained to the RSPO about the impacts: in Bomi and Grand Cape Mount County where Sime Darby is currently engaged in active land clearing, active planting of oil palm, destruction of our sacred sites, destruction of our crops, damming of our creeks and streams, filling in of our swamps, destructions of grave sites, destruction and pollution of our drinking water sources, forceful displacement of our people without adequate compensation, active planting and cultivation of oil palm including the massive establishment of an oil palm nursery without our free prior informed consent.

Forest Peoples Programme wrote a supportive letter calling on the RSPO to ensure Sime Darby adheres to the RSPO standards and procedures. Sime Darby has now agreed to suspend its operations and engage in bilateral discussions with the communities to resolve the dispute. It remains to be seen what can be done.

Working with our partners, FPP has been tracking palm oil expansion in other parts of the world. A new publication by FPP and partners examining the impacts of palm oil expansion in Southeast Asia shows that oil palm does not have to expand at the expense of local communities and indigenous peoples. Where land tenure regimes recognise local people’s rights and where there is adequate law enforcement, then the crop may be chosen by smallholders to plant on their own lands.

For example, in Thailand, over 70% of oil palm is held by small and medium farmers which not only means they can choose to which mill they want to sell their fruits but also ensures they get a fairer share of the profits. Sadly however Thailand is the exception and expansion in Cambodia, the Philippines and Papua New Guinea is all too often predatory. Voluntary standards such as that of the RSPO may provide some room for people to complain about malpractice but systemic change is only likely to come about with legal reforms that secure peoples’ rights to their lands and an independent police and judiciary that can enforce the law. That may be a long time coming.