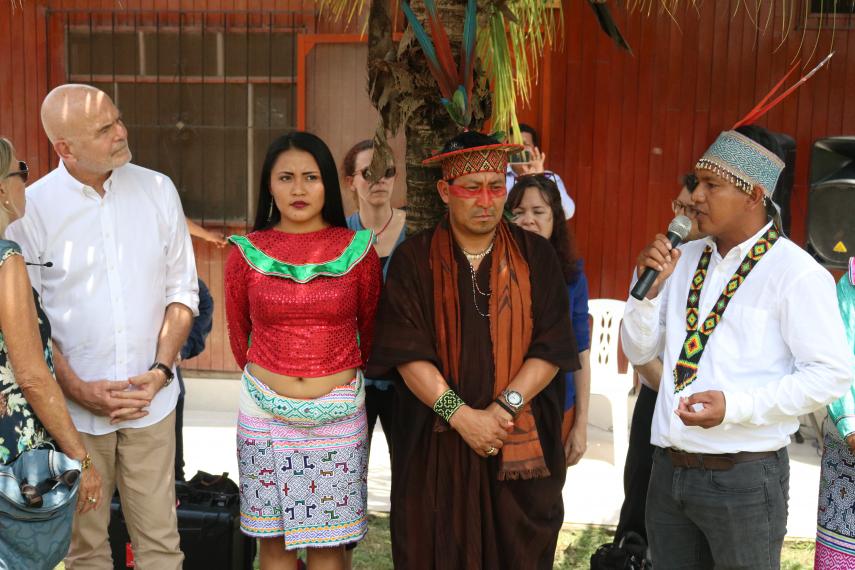 During his mission to Peru, UNSR Forst met with and listened to the testimonies of hundreds of human rights defenders. Forst signalled that indigenous and peasant communities who defend their lands face the greatest risks. Credit: IDL

The United Nations Special Rapporteur (UNSR) on the situation of human rights defenders, Michel Forst, has concluded his visit to Peru stating he is “appalled” by the criminalisation of environmental defenders. UNSR Forst has outlined key measures the Peruvian Government must now take to protect those defenders at greatest risk - Indigenous communities, peasants, land rights and environmental defenders. 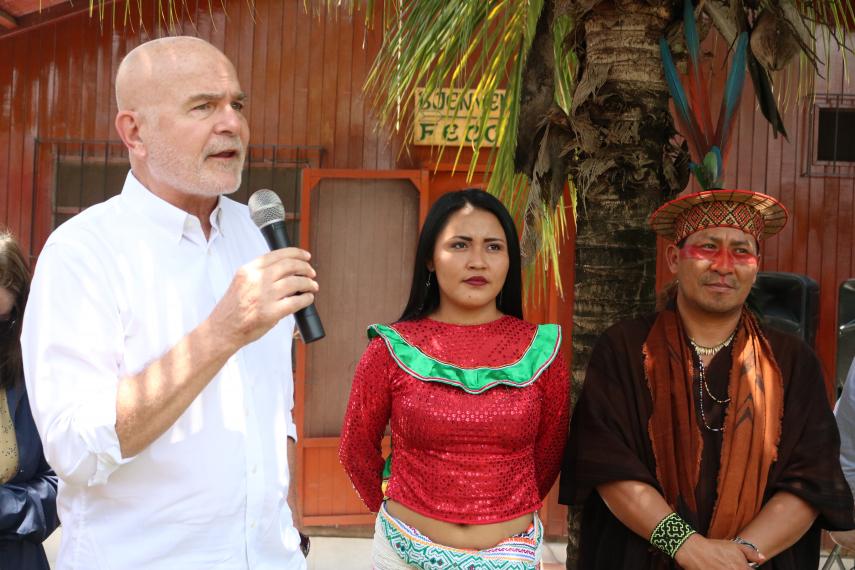 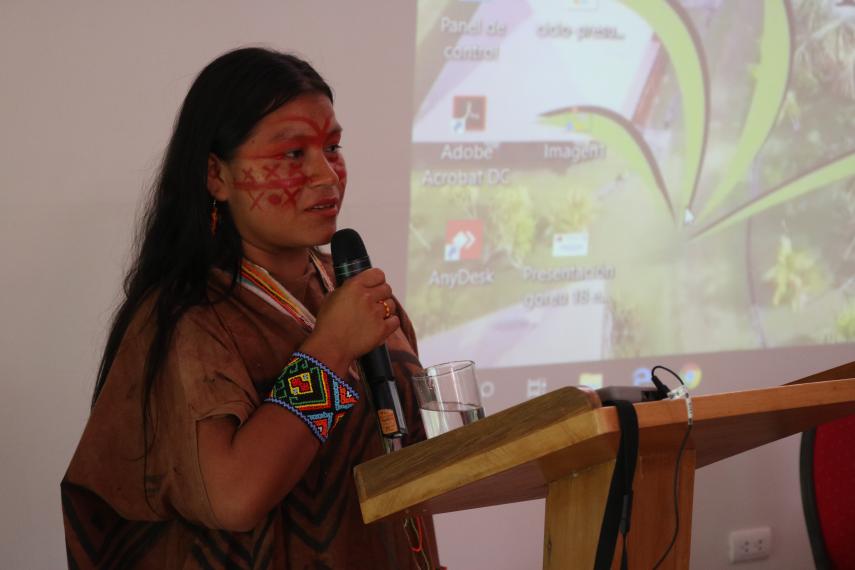 Key trends cited by the UNSR include:

Underlying all of this, Forst notes is "a systemic deficiency in the reaction by authorities against big economic interests, particularly at regional and local levels," warning that “a number of large-scale extractive projects have flourished thanks to weak environmental regulations, corporate capture and corruption.”

Forst highlights that it is land and environmental rights defenders, particularly Indigenous and peasant communities, who find themselves most at risk, with Indigenous and rural women defenders constituting some of the most at-risk groups. For demanding that their rights be respected, these communities are subjected to "smear campaigns, exclusion from decision-making fora, criminalisation including with fabricated prosecutions, wrongful detentions, surveillance, threats, violence and murder."

In this regard, Forst highlights the case of the Indigenous Shipibo community Santa Clara de Uchunya as emblematic of communities struggling to defend their untitled ancestral lands against deforestation and agribusiness expansion and the failure of the local authorities, police and judiciary to provide effective protection and access to remedy. In this well-documented case, the community’s traditional lands were never fully titled by the Peruvian Government. Instead, the Regional Government of Ucayali facilitated their acquisition by palm oil developers, resulting in the destruction of over 7000 hectares of forest and severe threats to community leaders who stood up to the devastation.

On 30 January, Forst travelled to Ucayali where he met with and heard testimonies from community leaders from Santa Clara de Uchunya, as well as other indigenous defenders from across the Amazon whose lands are threatened by illegal logging, mining, oil and gas extraction, narcotics production and infrastructure megaprojects (see note below).

During his mission to Peru, UNSR Forst met with and listened to the testimonies of hundreds of human rights defenders. Forst signalled that indigenous and peasant communities who defend their lands face the greatest risks. Credit: IDL

Amongst the root causes driving the social conflicts engulfing defenders' communities, the UN Rapporteur indicates the State’s failure to properly consult with communities before approving projects affecting their lands and natural resources, in line with Peru's legal obligations.

He also cites problems with the land titling system, which means that for indigenous and peasant communities, "obtain[ing] official recognition and formal land ownership rights [is] a slow and costly process compared to the granting of logging and mining concessions."

The UNSR’s recommendations to the Peruvian State centre the actions needed to reduce risks to human rights defenders:

The UNSR’s recommendations resonate with recent calls by representatives of Indigenous Peoples, rural and Afro-descendent organisations and communities to States and companies at the UN Forum on Business and Human Rights to tackle the root causes of threats and violence against them in commodity supply chains, as part of what has emerged as the Zero Tolerance Initiative.

Miguel Guimaraes, President of the Federation of Native Communities of Ucayali, which hosted UNSR Forst during his visit to Ucayali, said,

“Special Rapporteur Forst’s visit marks a historic milestone in making visible the ongoing work of human rights defenders in Peru, most of whom are indigenous. For dedicating themselves to this work, instead of recognition they receive threats and in some cases they are criminalised or even killed. Most of these cases result from conflicts over lands and resources where the government has failed in its duty over decades to legally recognise our peoples’ territories. Our peoples are dying, it is no longer enough for the government to say it is taking steps to recognise our lands. While we wait for the consultants and bureaucrats to do their work our people live in fear. We need immediate measures to protect all these untitled lands while the government continues to delay. “

UNSR Forst is expected to present his full report on the situation of human rights defenders in Peru to the United Nations in April 2020.

UNSR Michel Forst’s end of mission statement is available both in English and Spanish.

Note: The Special Rapporteur’s statement also notes with concern the Regional Ordinance 010-2018-GRU-CR, by which the Regional Government of Ucayali threatens to dissolve legal protections over millions of hectares of forests within what Forst describes as "a context marked by corruption, land trafficking and threats against local villages." Another UN entity, the Committee for the Elimination of Racial Discrimination (CERD), requested in August 2019 that the GOREU consider cancelling the ordinance, comply with its duty to adequately consult affected communities and protect community members from Santa Clara de Uchunya from intimidation, harassment, threats and attacks from land-traffickers. The 18 November deadline for the GOREU to respond has passed and at the time of writing, the Government was yet to issue a response to the CERD.