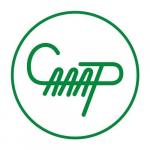 The Amazonian Center for Anthropology and Practical Application (CAAAP) is a non-profit civil association, created in 1974 by the nine Bishops of the Catholic Church of the Peruvian jungle as an institution serving the marginalized populations of the Amazon, especially the indigenous peoples.

The Amazon is a vast region that covers 7 million km2, and 8 countries in South America. Peru is the second country after Brazil with an Amazonian area of ​​more than 70 million hectares (60% of the national territory), a population of 3'672.292 inhabitants, that is, 13% of the total population of the country. According to the INEI, there are 51 indigenous Amazonian peoples that represent 13 linguistic families. CAAAP works with seven of them: Awajún, Asháninka, Mai Huna, Kechwa-Lamistas, Kukama, Shipibo-Konibo and Yagua.

The CAAAP collaborates with indigenous peoples to develop their negotiation skills, management of socio-environmental conflicts and political incidence; contributing to the enforcement of their human rights, environmental governance and indigenous state institutions, in alliance with other national and international actors.

From the institutional objectives, the Amazonian indigenous problem is strategically responded to and development processes are promoted with identity, prioritizing 5 areas of intervention:

Enforceability and exercise of the human rights of indigenous peoples: the capacities of indigenous men and women are strengthened in the negotiation and resolution of socio-environmental conflicts to ensure the validity of their rights. It promotes organizational strengthening and political advocacy, prioritizing territorial rights to build democratic environmental governance and develop mitigation and adaptation strategies to climate change from the indigenous world view.

Democratic Governance and Citizen Participation of Indigenous Peoples: It is important to broaden the citizen vigilance work of indigenous organizations, emphasizing environmental monitoring and the analysis of environmental impact studies and their impacts on the lives of indigenous peoples and the environment. Indigenous peoples, in alliance with other actors, must politically influence the design, implementation and evaluation of intercultural public policies.

Positioning interculturality as a strategic component of development: The challenge of our country is to build a project of coexistence and an ethical-political project in which dialogue, typical of democracy, has a defining role. This means modifying the democratic system to include the different cultures of the country, ensuring plural and diverse political representation.

Church, intercultural dialogue and human promotion: Contributions will be made in the processes of pastoral reflection and the updating of the pastoral agents in the knowledge and analysis of the cultures, the socio-environmental problems of the Amazon and its strategic importance, favoring the care of the goods of creation and a life worthy of the indigenous peoples.