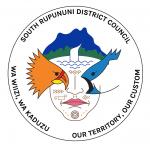 The Wapichan people and their ancestors have occupied and used the whole area that they call Wapichan wiizi in the Southern part of Guyana for generations. The Wapichan territory in Guyana is located in the southwest of the country and its western boundary lies along the Takatu River, on the Guyana-Brazil border .

In April 2017 the Wapichan's collective representative body, the South Rupununi District Council (SRDC) was legally recognised in Guyana. The SRDC has many projects and initiatives to implement the vision set out in the Territorial Plan adopted by all Wapichan villages in  2012. One core project is to develop a unique system for monitoring and watching over Wapichan land and resources, which is training and supporting 17 monitors resident in all of the main villages and strategic settlements. Other work includes efforts to enable the transmission of traditional knowledge to young people. Wapichan elders lead the youths to special places, and share legends about the land and customary use of the forest, mountains, savannah and waters.

The SRDC leads the land talks in the region, and is appealing to the government to settle land claims and title extension applications to the full satisfaction. The Wapichan want recognition of their rights andsupport in moving forward with their territorial plan.

Let us work together to realise the vision of the Wapichan people for this beautiful land we call Wapichan wiizi.

The SRDC's vision is that in 25 years’ time its people, its communities and their lands will be like this:

We will continue to live together on our traditional lands as Wapichannao.

The entire Wapichan wiizi (territory), as defined in the documents submitted to the Amerindian Lands Commission in 1967, will be legally recognised and secure.

Wapichannao will legally own and control all types of lands and waters, and all other resources within their territory. They will freely use their forest, farmlands, fishing grounds, hunting and gathering grounds, grazing lands and bush islands and share them among their villages.

The Wapichan's rights to govern and care for Wapichan wiizi through their own institutions will be accepted by the government of Guyana and by outside agencies.

The Wapichan will respect their elders and traditional leaders, and their own institutions will be strong, so they can use and care for their lands wisely and prevent outsiders from exploiting Wapichan resources.

Baokopa'o wa di'itinpan: we will stick to our decisions, agreements and rules.

They will live communally and help each other through their traditional activities, including farming, building and other works.

The communities will have good primary and secondary schools, with Wapichan teachers. Young people will be well-educated and will be strong future leaders of their communities.

The younger generation will know about and use traditional knowledge and practices, such as bush medicine. New people will be trained to carry on the role of marunao.

The school leavers who gain professional qualifications through higher education will use their knowledge to support development in their communities.

All development will be guided by Wapichan culture, and benefit the people. There will be no harmful development in Wapichan wiizi.

The economy will be strong, with new markets for our products, providing jobs and a better standard of living for the Wapichan people. Children and elders will be well looked after. Communities will be healthy and eat good food.

The Wapichan will own and control community businesses and provide jobs for through farming, ranching, community tourism, crafts and other activities that are in harmony with customs and traditional practices.

Guyana: ‘All the creeks are polluted. People have a lot more mercury in their system’