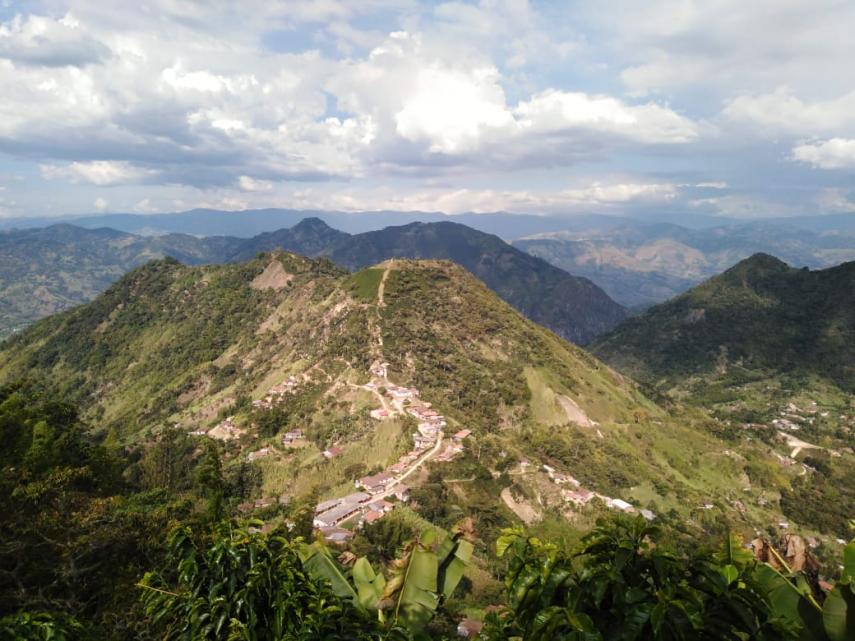 The situation of violence, discrimination and hate discourses against Forest Peoples Programme's indigenous, Afro-descendant and campesino partners in Colombia has taken a drastic turn for the worse in recent months, despite the 2016 Peace Accords that won then president Santos a Nobel Peace Prize.

With commanders of the Revolutionary Armed Forces of Colombia (FARC) threatening to take up arms again in light of the Colombian government’s failure to implement the Peace Accords, and municipal elections slated for October, fear is spreading that violence will once again be on the upswing against human rights defenders speaking out for their territorial rights.

Already, Front Line Defenders and Global Witness have documented evidence that Colombia is among the top two most dangerous places to be in the world for land and human rights defenders. But as the Inter-American Commission on Human Rights has denounced, when municipal elections are thrown into the mix, the lethal concoction spurring renewed violence is at an alarming all-time high.

Indeed, the rural homelands of indigenous, Afro-descendant and campesino groups in Colombia are among the most coveted by licit and illicit economic interests. Their minerals, water and forest riches - and their strategic locations as potential corridors for narcotrafficking - are some of the reasons these lands are heavily disputed by warring factions, who have a keen interest in the outcomes of political elections.

At FPP, we are receiving almost daily accounts of these realities our partners are confronting.

Our Afro-descendant partners in the Palenke Alto Cauca, in northern Cauca, have had grenades hurled into the midst of their community gatherings, and they are receiving a wave of new death threats from illegal armed groups. Just two weeks ago, as the IACHR reported, a mayoral candidate for the municipality of Suarez was brutally assassinated, her body incinerated along with her bodyguards in a car that was provided by Colombia’s National protection Unit.

Indigenous leader Héctor Jaime Vinasco, of the Resguardo Indígena Cañamomo Lomaprieta in Caldas, was forced to leave his territory temporarily following escalating assassination threats, despite being the beneficiary of bodyguards and a bullet-proof car. He has been actively upholding indigenous law over mining in his territory, and working towards implementation of a precedent-setting Constitutional Court win T-530 that orders the Colonial Resguardo to be demarcated. This has set in train pushback from landowners and others with interests in the Resguardo lands, including former president Uribe.

Through videos that have gone viral, he has been rallying the elite to fight against what is perversely being construed as ‘landgrabbing’ by the Resguardo. This is leading to a new wave of hate discourse against the Resguardo and its leaders. It also attempts to use the country’s legal framework to erode the Resguardo’s Constitutional Court win, through a proposed law 354 that would interfere with the delimitation process already in train. Academic and social justice organisations, including FPP, have spoken out against this regressive law that has been drafted without consultation or consent. Violence is also escalating on account of municipal elections especially in Riosucio, an urban area that encroaches on the Resguardo’s territory, where conservatives are attempting to defeat the currently indigenous-held mayorship.

In the Amazonian lowlands, indigenous leaders and forest defenders in Caquetá, Amazonas, Putumayo and other departments are likewise facing new death threats, attacks, intimidation of community members; and renewed encroachment on their territories by armed groups. These include illegal resource users, drug traffickers and alleged dissident groups.

At FPP we echo the IACHR’s grave concern for the spiral of violence Colombia’s social leaders are currently experiencing. With renewed urgency, we continue to support our partners’ efforts towards territorial defence, the strengthening of their autonomous self-protection mechanisms such as the Indigenous and Cimarrona Guards, and ongoing dialogues with State agencies towards recognition and support of these individual and collective measures. We are watching the situation in Colombia closely, and extend our solidarity to all of Colombia’s indigenous, Afro-descendant and social leaders.