I. INDIGENOUS PEOPLES’ REALITY BEFORE 1980
The history of the Indigenous Peoples of the Peruvian Amazon during the colonial period is well known. The continuity of colonial policy in many policies of the Republic of Peru is also well documented, including the dark history of the rubber trade (“cauchería”) in the early twentieth century.  What still remains largely unwritten is the history of these Amazonian Peoples and the “DEVELOPMENT POLICIES” of the Peruvian State, from 1960 up until the emergence of drug trafficking and the terrorism in the last two decades of the twentieth century.

Before AIDESEP was born, Amazonian Indigenous Peoples already had their own organisational traditions, based on their way of life and traditional practices.  The creation of their own organisations began with the support and orientation of religious groups (Catholic orders and Evangelical churches), which fell away when these facilitators left.  The first real attempts to establish autonomous organisations began as a mechanism for defence against the penetration of settlers and companies looking to exploit the Amazon’s raw materials.  These organisations were at first local or community based, but later on they joined forces to form organisations based around political regions or different river basins. The Asháninka, Amuesha and Aguaruna communities from the Alto Marañón river were the pioneers of this movement in the late 60’s and early 70’s.

The socio-political context of the early 70’s was highly favourable to the development of Indigenous People’s Organisations. On one hand, there were convulsive social processes taking place throughout the world, and on the other hand there was a populist military government in Peru that saw the approval of the LAW OF NATIVE COMMUNITIES in 1974.  It was at this time that the process of community land titling began.  As part of this process, indigenous peoples took their organisational development one step further when, in 1979, they created the COORDINATOR OF NATIVE COMMUNITIES OF THE PERUVIAN JUNGLE (COCONASEP), which a year later became, in 1980, the INTERETHNIC ASSOCIATION OF THE PERUVIAN AMAZON (AIDESEP).

II. REASONS FOR THE CREATION OF AIDESEP
The requirements under the Law of Native Communities (1974) encouraged indigenous peoples to establish increasingly complex forms of organisation. After ten years, the formation of AIDESEP was their response. While peoples make their own history, it is also true that in each historical moment, peoples are reflected in their leaders. The first generation of AIDESEP’s founding leaders is engraved in the memory of those who know and love the history of their people in the Amazon.

III. AIDESEP OBJECTIVES
With the experience gained in the struggle for self-organisation, AIDESEP’s federations or grassroots organisations have drawn up the following general objectives:

1. To represent the immediate and historical interests of all the Indigenous Peoples of the Amazon

2. To guarantee the conservation and the development of the cultural identity, territory and values of each of the Indigenous Peoples of the Amazon.

3. To make the exercise of self-determination of indigenous peoples possible within the framework of Peruvian national law and international law.

4. To promote the human and sustainable development of Indigenous Peoples.

IV. THE LEGAL STATUS OF AIDESEP IN PERU
The Interethnic Association of the Peruvian Amazon (AIDESEP) is legally established as a not-for-profit non- governmental organisation with legal personality in private law recorded in the Public Registry of Associations of the City of Lima dated May 27, 1985 (file No. 6835, Seat A-1). 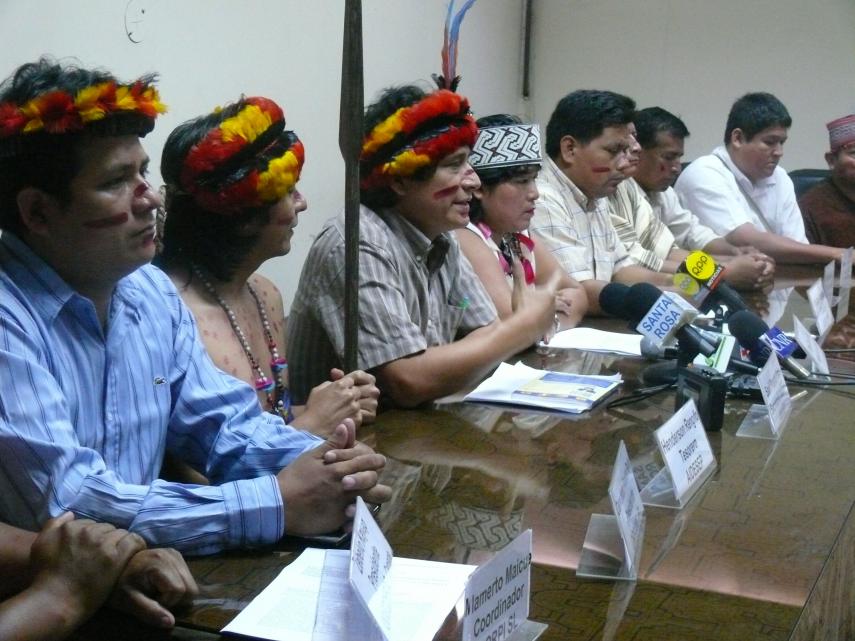 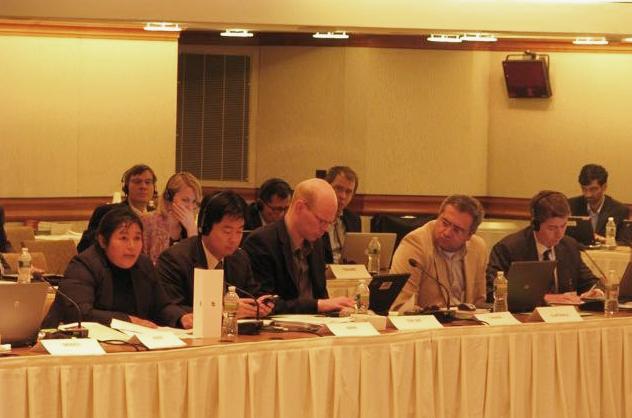 A marathon not a sprint: The role of international climate finance in securing indigenous land rights in Peru

AIDESEP insists that Peruvian government meet its commitments to recognise indigenous peoples’ land rights including legal reform and land titling of over 1,300 communities