SETARA Jambi is is a non-government organisation established as a response to concern about ecological destruction, the exclusion of local and indigenous communities as well as palm farmers from natural resource management and expansion of large-scale palm plantations threatening not only forests but also the lives of local communities and other living creatures.

The decline in forest area and cover, the deprivation of local communities’ rights by plantation establishment, the marginalisation of small-scale palm farmers in the palm industry chain, bring the organisation to undertake advocacy work against three pillars of change: community, state and market. In addition to the external factors noted above, SETARA’s choice of work is driven by the concerns of SETARA’s activists – who used to be active in Jambi-based NGOs – with regard to massive community and environmental problems versus largescale palm plantations. The expectation of partners such as palm farmers (smallholders and independent farmers) and of indigenous and local communities to have an organisation focusing on improving these people’s well-being and fostering changes in plantation policies laid a strong basis for the creation of what is now Yayasan SETARA, an organisation working on both advocacy and empowerment.

Yayasan SETARA was legally founded in May 2007, and registered under the Act of Notary Novita, SH, No. 1 Year 2007. It is now based in Jambi Province and has forged a network with many national organisations such as Sawit Watch, Walhi, JKPP, Forest Watch, LEI, Telapak, Bina Desa, Masyarakat Peduli Pangan Nusantara and several international ones including Rainforest Action Network, EDF and DTE.

Its operations are supported by donor agencies such as Hivos, Misereor, Samdhana and Stiching DOEN (for the period 2006-2007). 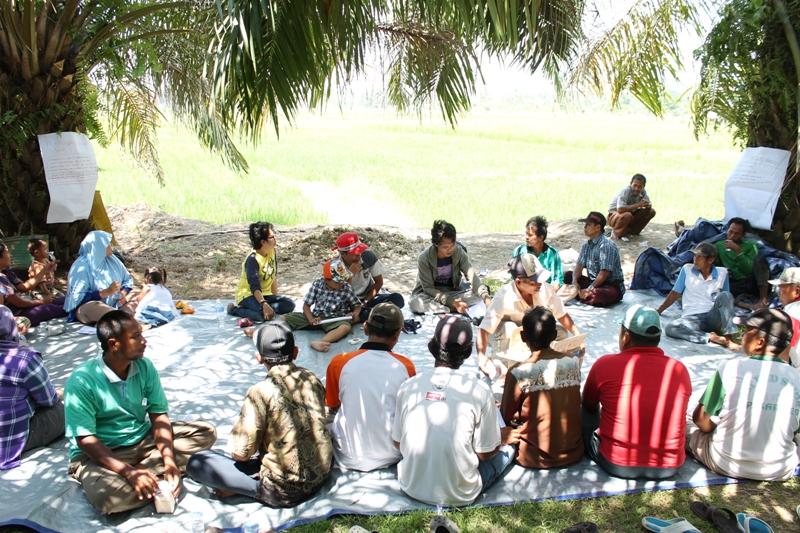