Georgetown, 7 February: The indigenous Wapichan people of Guyana, South America, will make public today a locally-made digital map of their traditional territory alongside a ground-breaking community proposal to care for 1.4 million ha of pristine rainforest for the benefit of their communities and the world. The territory’s rich variety of rainforests, mountains, wetlands, savannah grasslands and tropical woodlands are the homeland of 20 communities, who make a living from small-scale farming, hunting, fishing and gathering, which they have practised over the whole area for generations. The same area, located in the South Rupununi District, south-west Guyana, has an outstanding abundance of wildlife, including endangered species such as giant river otters, jaguars, and rare bush dogs as well as endemic species of fish and birds, like the Rio Branco Antbird.

The grassroots proposal comes at a crucial time because the entire Wapichan territory in Guyana, like many other parts of the Amazon basin and Guiana Shield, is threatened by mega road and dam projects as well as external plans for logging, mining and agribusiness development. In common with many indigenous peoples across Guyana and South America, the communities are vulnerable to land grabs and marginalisation because they lack secure legal title over much of their traditional lands.

The Wapichan people have responded to these threats by mapping their customary land use as part of a long-standing campaign to have their rights to their traditional lands legally recognised. The mapping project has been carried out by Wapichan communities under the leadership of their former and existing Toshaos (community leaders) who have been assisted by their own community-based organisations. As Mr Kid James of South Central Peoples Development Association (SCPDA), said,

Mappers from our own communities have used GPS technology to map the location of key livelihood, spiritual and cultural heritage sites that hold deep importance to our people and sustain our way of life. After ten years of painstaking work, we are very proud of the end result. We are now keen to share our territorial map with government authorities to show how we occupy and use the land according to custom and how we are attached to our territory.

Building on the mapping work and community research to document traditional knowledge and customary resource use, the Wapichan organised more than 80 community consultations, workshops and public meetings between 2008 and 2011 to draw up collective proposals to promote sustainable land use, support local livelihoods and protect Wapichan territory against harmful development. The proposals are contained in a detailed territorial plan titled Thinking Together for Those Coming Behind Us, that elaborates the customary laws for caring for the land and contains more than 40 community agreements to secure community land rights, safeguard and sustainably use valuable livelihood resources and conserve important cultural heritage and wildlife sites under community controlled reserves. Toshao Habert Wilson, Chairperson of the South-Central District Toshaos Council, said,

All of our communities have worked together within the frameworks of Guyana’s Amerindian Act and the United Nations Declaration on the Rights of Indigenous Peoples to document traditional land use and practices and to put forward our own proposals for securing and caring for this beautiful land we call Wapichan wiizi.

Our land use agreements in our plan have been validated by the communities and include a proposal to establish a large Wapichan Conserved Forest in the eastern and southern parts of our territory as well as numerous plans to protect our sacred sites and local sites important for fish, game animals and wildlife. Our plan also contains agreements made among our villages on common title boundaries and proposed title extensions. Community rules and principles for dealing with external developments affecting our lands, including rules relating to our collective right to free, prior and informed consent (FPIC), are also included in our document.

Wapichan leaders emphasise that securing their rights over their forests would bring important co-benefits for the regional and global climate and would facilitate implementation of the United Nations Declaration on the Rights of Indigenous Peoples and related human rights instruments, as well as environmental treaties signed by Guyana. Angelbert Johnny, Toshao of Sawari Wa’o Amerindian Village, said,

Recognition of our rights to control and manage our traditional territory would be one of the best ways of helping Guyana to fulfil its commitments to tackle climate change and meet its obligations under the Convention on Biological Diversity, which aims to conserve and sustainably use biodiversity.

The hope is that the public presentation and sharing of the community map and innovative territorial plan will foster dialogue with the government and international organisations on ways to help the Wapichan realise their vision for their homeland. Patrick Gomes said,

We call on the government and national and international allies to help us take this plan forward: let us work together to have our land title extensions recognised in full and let us put our community agreements to work for the benefit of the Wapichan people, all the citizens of Guyana and the international community. 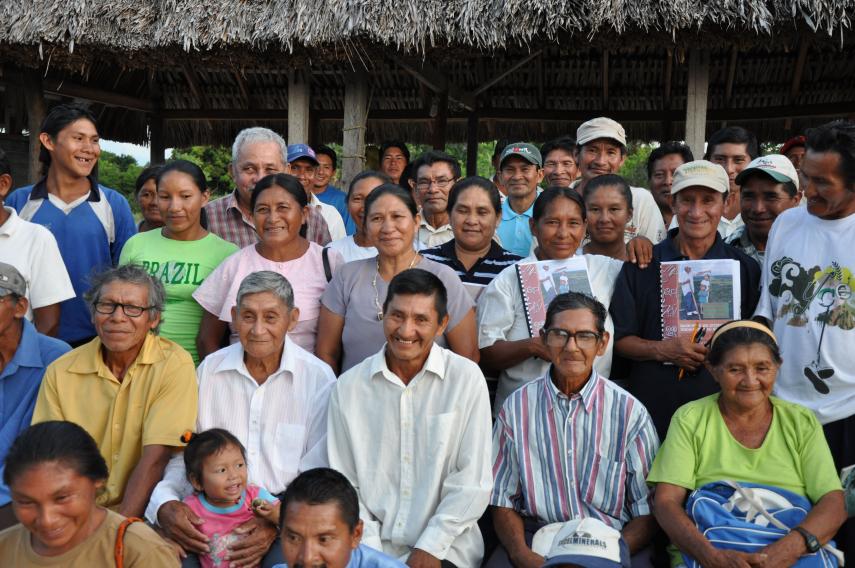 The Wapichan have organised more than 80 community consultations, workshops and public meetings to draw up and agree their plan.
By
T. Griffiths 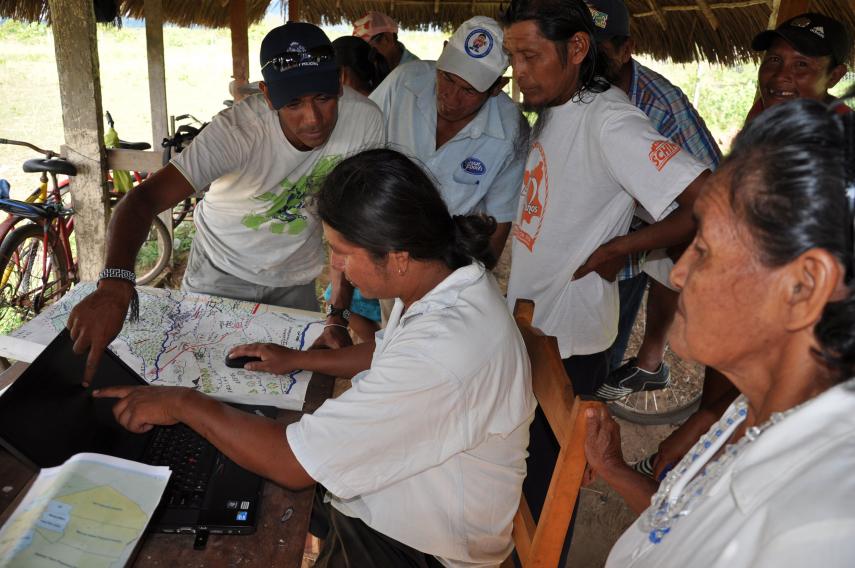 Community mapping has used GPS technology to map land use and forest sites of livelihood and cultural importance.
By
T. Griffiths 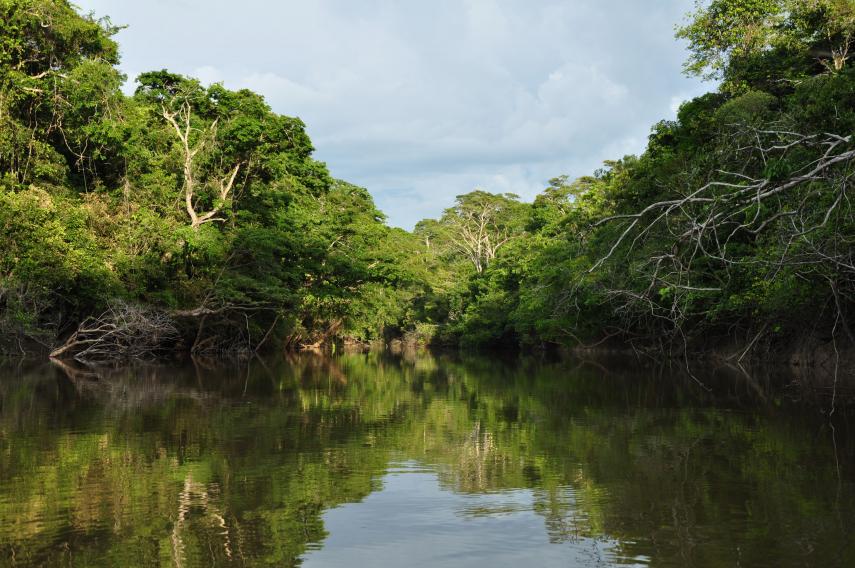