Toolkit on the Inter-American human rights system for indigenous women 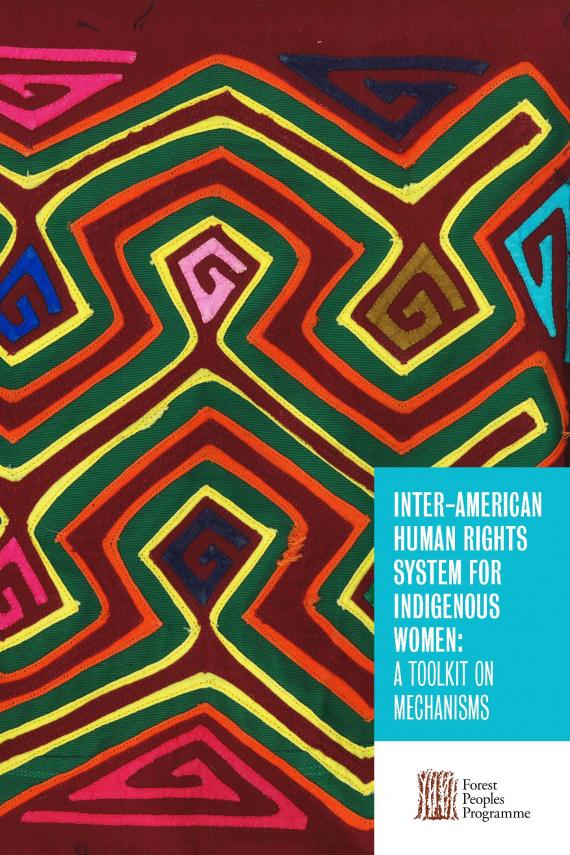 It is the result of a collective effort by indigenous women from Argentina, Costa Rica, Chile, Canada, Colombia, Guatemala, Guyana, Honduras, Mexico, Nicaragua, Panama and Paraguay, among other countries. They have worked together for many years to raise awareness about the opportunities offered by the Inter-American human rights system with regard to the rights of indigenous women.

Between 2011 and 2014, Forest Peoples Programme, with the financial support of Oxfam Novib, worked with indigenous women from the above-mentioned countries to create this training resource, which can be updated in the future and further developed by indigenous women and indigenous peoples organisations.

The Inter-American human rights system comprises several treaties and declarations which can be used to support advocacy activities. Information Note #2 describes the key legal instruments: the American Declaration, the American Convention, the Protocol of San Salvador, the Convention of Belém do Pará and the Draft Declaration on the Rights of Indigenous Peoples. It also includes documents and resolutions by the political bodies of the OAS which may be relevant to indigenous women.
Supervision of member states’ compliance with human rights norms takes place mainly through a system of reporting, on-site visits and court decisions in response to complaints submitted by individuals and groups. Information Notes #3–6 explain how the supervisory procedures operate, including details on submitting individual complaints.

The Inter-American Commission of Women is the principal forum within the OAS for creating policy on the advancement of women’s rights and gender equality. Information Note #8 describes other forums that can be used to advocate for indigenous women’s rights. The mechanisms to monitor compliance with the Protocol of San Salvador, which addresses economic, social and cultural rights, and the Inter-American Commission on Women are explained in this document, which also gives a brief overview of the mechanisms available at the United Nations level.