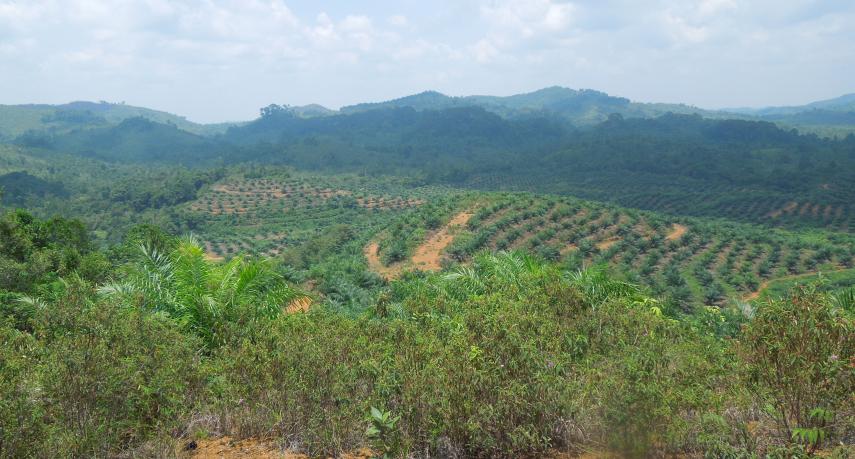 Today the Roundtable on Sustainable Palm Oil (RSPO) accepted a complaint against Golden Agri-Resources (GAR), alleging numerous violations of Indonesian law and RSPO standards. Based on state-of-the-art GIS and satellite imagery, the complaint alleges that GAR is illegally operating oil palm plantations inside Indonesia’s protected Forest Zone. The complaint, lodged by Forest Peoples Programme and Elk Hills Research, cites recent bribery convictions of multiple GAR officials in Central Kalimantan as evidence that the company was both aware of these land-use violations and corruptly tried to cover its tracks.  According to the complaint, over 75,000 hectares of GAR’s land appear to be being used for unlawful oil palm production, representing over 15% of GAR’s total plantation area.

FPP and Elk Hills Research have called on RSPO to investigate these serious violations of RSPO standards and to suspend the sustainability certificates of GAR’s operations.

“RSPO knew about this bribery case when it was first reported but took no action. The RSPO Complaints Panel has also delayed for years taking action on the numerous other human rights violations and land disputes by GAR that we have exposed in previous complaints but which remain unresolved” says Marcus Colchester, FPP’s Senior Policy Advisor.

“The RSPO is meant to ensure accountability but instead allows impunity. This must end,” said Colchester.

“For too long, Golden Agri has benefited financially from unsustainable and unethical practices, while using its RSPO membership to represent to investors and customers that it behaves sustainably and ethically,” said Brennan Bilberry, co-founder of Elk Hills Research. “The serious evidence of deforestation, bribery, and general lawlessness we have uncovered warrant quick action by the RSPO, so it can put an end to what appears to be GAR’s systemic misconduct. It is time for multinational consumer goods companies to make good on their sustainability commitments by re-examining their relationship with companies that contribute to deforestation and corruption.”

Elk Hills Research’s contributions to this complaint to the RSPO were funded by US investors interested in environmental, social, and governance (ESG) objectives, which make it a first for RSPO.

“It’s time for investors who are serious about ESG to move from mere passive avoidance to more active engagement, either by demanding that problematic companies change their practices or, if necessary, by exposing flagrant violations of environmental and good-governance laws. By working to uncover wrongdoing like that alleged in our complaint, investors can ensure that the worst offenders suffer real consequences, which may be key to preventing corporate wrongdoing,” said Jamie Crooks, co-founder of Elk Hills Research.

FPP is an international human rights organisation registered in the Netherlands and United Kingdom that defends the rights of forest peoples. It works in some 22 countries around tropics including Indonesia. FPP is a long-term member of the RSPO being represented on numerous RSPO standard-setting and implementation committees as well the RSPO Board of Governors.