GeoPark withdraws from Wampis and Achuar territories in the Peruvian Amazon, but annulment of Lot 64 remains pending 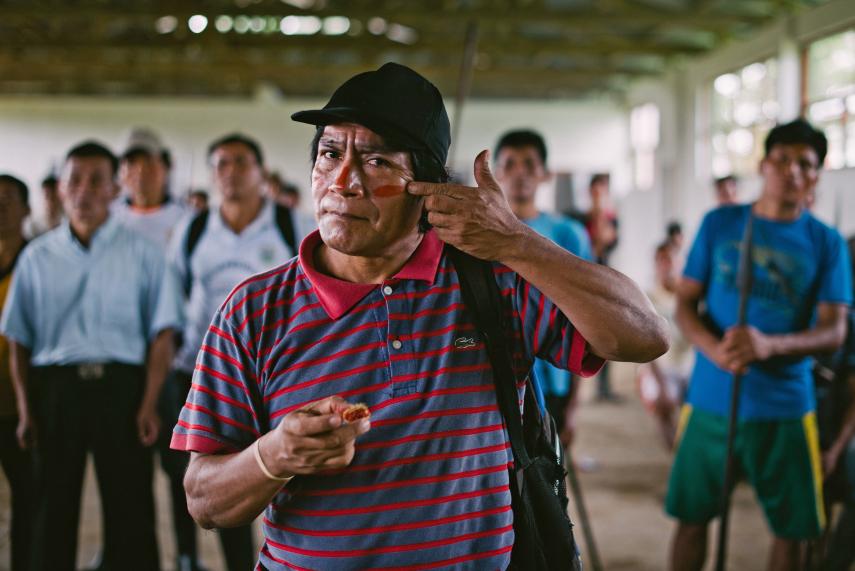 The Chilean oil company GeoPark Peru S.A.C. has irrevocably withdrawn from the Lot 64 Licence Contract in Loreto, Peru. In the statement by Petroperu it was noted that the company’s withdrawal was because of contractual terms due to a “force majeure” situation on the petroleum lot.

In 2013, Petroperu gained complete control of the Northwest Development Area Project (Situche Central) on Lot 64 without free, prior and informed consent from the Wampis and Achuar Indigenous Peoples. In 2016 a 75% stake for light crude oil exploration and production was earmarked in favour of GeoPark.

Lot 64 is operated by GeoPark and Petroperu and located in the district of Morona, Province of Datem del Marañon in the Loreto region. It has an area of 761,501 hectares and affects the territories of the Wampis Nation and Achuar people, their tropical forests, waters and the well-being of their people.

The Autonomous Territorial Government of the Wampis Nation (GTANW) represents 85 communities in the Amazonas and Loreto departments. The Federation of the Achuar Nationality of Peru (FENAP) represents 45 communities from the northern part of the Pastaza River and its tributaries. These organisations both opposed GeoPark’s activities from the outset because of the threats they posed to their collective rights, as well as the social tensions generated by the company in their communities. There were also concerns about the potential environmental impact were the project brought to fruition.

For the Wampis Nation, the Lot 64 Project involves transporting oil via a flexible pipeline from the Situche Central oil field to the Peruvian Army’s Sargento Puño Base Camp where it would be stored in tanks. Barges would subsequently transport the oil by the Kankaim River to the Morona pumping station owned by Petroperú.

“Regardless of the reason why the company is leaving, it is a relief for the Wampis and Achuar people. It is one less burden […] Nonetheless, we will stay alert to any kind of ploys.” – Shapiom Noningo, GTANW Technical Secretary

The Wampis Nation and Achuar people initiated legal action in 2016 to defend their territories and request the withdrawal of GeoPark, which has been operating without an environmental or social licence. Peru’s Environmental Licensing Agency (SENACE) audited its Environmental Impact Assessment (EIA) in February 2019 because it did not specify the company’s environmental liabilities.

After global actions where the Wampis Nation and Achuar people visited GeoPark’s headquarters in Chile, the oil company withdrew its EIA from the Environmental Certification process in June 2019 because the observations made could not be remedied. SENACE accepted this withdrawal. For the state company PerúPetro this is when the project came to a standstill, leading to a force majeure situation for Lot 64. At the time of the company's withdrawal the 180 days set out in clause 17.5 of the licence contract had been exceeded.

More recently, in the midst of the COVID-19 outbreak in Peru, GeoPark took the irresponsible decision to move its staff to and from the Sargento Puño Base Camp in spite of measures taken by the Wampis Nation to close their territorial borders. The GTANW had warned the company to halt its operations, and subsequently – alongside EarthRights International – they filed a lawsuit against GeoPark on 26 May for increasing the risk of COVID-19 infection amongst the Wampis people.

In addition, the Wampis and Achuar recently launched a global advocacy campaign called Atsá Geoparkka (‘no to GeoPark’ in the Wampis language) demanding GeoPark’s withdrawal from their ancestral territories.

Lot 64 was created in 1995 and since then, numerous oil companies have streamed through these indigenous territories without a local social licence. The companies have belittled local development initiatives based on self-determination and self-governance for use and care of these territories and their own natural resources. Now with GeoPark withdrawing from Lot 64 and Petroperu having to decide whether to take on the entire lot or find another company to join the project, the annulment of the lot by the Peruvian state is now pending. The eyes of the world are now on Peru, as we await the State’s decision over this controversial oil concession.