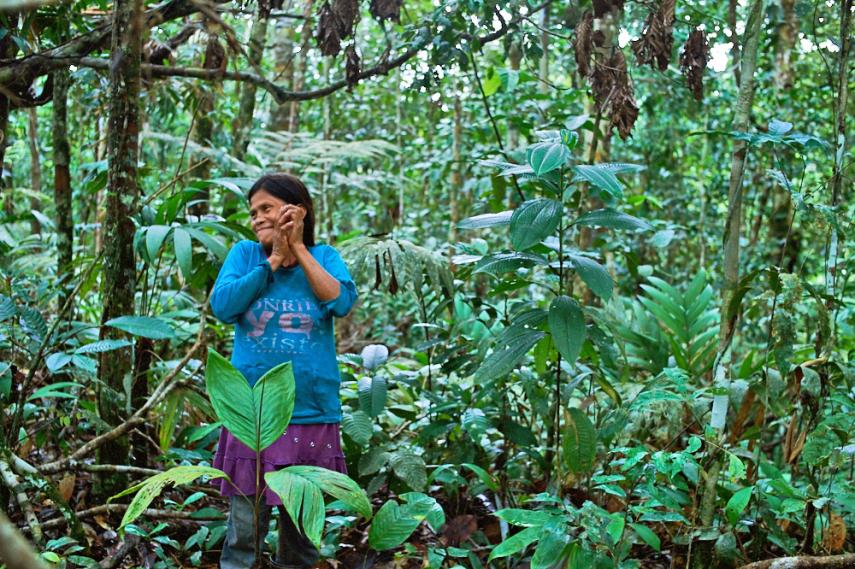 Peru’s environmental regulator, the Agency for Environmental Supervision and Accountability (OEFA), recently announced it was levying a monumental US$ 5.1 million against the State-run oil company, Petroperu, after the Wampis community of Fernando Rosas filed a complaint over crude oil pollution.

On 15 November 2019 OEFA emitted a resolution in which it found that Petroperú had failed to clean up an oil spill which took place on 17 May 2017 in the vicinity of a pump station operated by the company. According to OEFA’s findings, rains caused a pool containing soil and hydrocarbons to overflow into the Shifeco stream and Morona River, causing potential damage to the flora and fauna and the health of local people.

OEFA’s report lays out in detail how, during an inspection more than a year after the oil spill, officials found traces of hydrocarbons along the Shifeco and the surrounding area, in both the soil and the water. The regulator noted the potential for harm to Wampis families in Fernando Rosas, who make use of the stream and the Morona River into which it feeds, for their consumption, recreation and personal hygiene.

These lands and waters form part of the ancestral territory of the Wampis Nation which, as OEFA remarks in its resolution, boasts perhaps the “greatest diversity of fauna” in Peru.

For the twin infractions of failing to clean up the oil contamination and causing potential harm to human health and flora and fauna in the area, OEFA determined that Petroperu should be fined 4,334.44 Peruvian Tax Units, equivalent to US$ 5.1 million.

This move comes just months after OEFA ordered Petroperu to pay a historic US$ 25 million fine for damages caused to the environment and the health of indigenous Awajun and Wampis communities in the Chiriaco and Morona river basins due to oil spills from the Northern Peru pipeline in early 2016.[1]

This decision, which has been upheld by OEFA despite Petroperu’s attempts to have it overturned, culminates a fraught process which began over three years earlier, when the Regional Organisation of Indigenous Peoples of the Northern Amazon of Peru (ORPIAN-P) and the Autonomous Territorial Government of the Wampis Nation (GTANW) filed an environmental complaint against Petroperu to OEFA in February 2016.

After opening a sanctioning administrative process against Petroperu in March 2016, OEFA issued an initial decision nearly two years later in December 2017, finding the oil company responsible for damages to flora and fauna and human health and ordering a fine of US$ 14 million. However, this ground-breaking resolution was declared void by the OEFA itself on procedural grounds. Petroperu then sought to stall the process, which triggered OEFA’s administrative procedures which stipulate that any complaint which is not concluded within the space of a year cannot proceed. The case was therefore archived, and a new process had to be started in July 2018.

Nonetheless, the determination of the indigenous complainants ORPIAN-P and GTANW and their allies, the Institute of Legal Defence (IDL) and the Institute for the Legal Defence of the Environment and Sustainable Development of Peru (IDLADS), to hold Petroperu to account has now translated into a landmark victory – indeed, this is the first time that the OEFA has recognised the real harms to human health caused by Petroperu’s operations.

Wrays Perez Ramirez, Pamuk (president) of the Wampis Nation’s Autonomous Territorial Government, said, “The crude oil spills in the Awajun and Wampis territories have had serious impacts on our water, contaminating the fish eaten by local people, polluting the soil and directly affecting people’s health.

“… we hope that the OEFA will sanction and obligate the State, and especially Petroperu, to carry out integral remediation of the damages which have been caused by these spills. At the same time, the State should order the Ministry of Health to provide medical attention to the affected communities, as well as compensate the communities for the serious damages to their territories.

“The Amazon, the lungs of the world, is sick. On a planet which is facing a climate crisis, states and in this case, Peru, should not authorise any more oil extraction in the Amazon. " 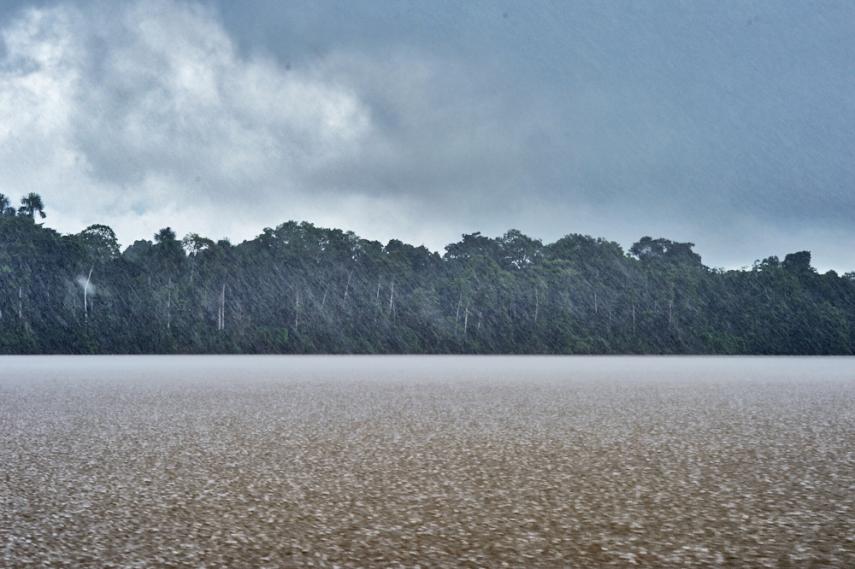 When it rains, sludge containing crude oil overflows into rivers used for drinking, fishing and washing
By
Dan Haworth Salter

Both OEFA decisions potentially open the way for the many indigenous communities who have suffered the negative impacts of decades of oil extraction and transportation, to press for compensation. Commenting on the legal implications of the OEFA decisions, Rocío Meza, lawyer for IDL, said:

“These cases serve as a precedent for future sanctions over oil spills, as they demonstrate that Petroperu has failed to carry out the necessary maintenance of the Northern Peru pipeline, thereby violating constitutionally protected rights. These sanctions can subsequently be used as evidence in other processes – for example, constitutional legal proceedings over violations of the right to health or the environment.”

Reflecting on the structural barriers which make it so difficult to obtain environmental justice in Peru, Meza added:

“One of the main problems with how OEFA operates is the strict deadline which establishes that sanction procedures must be resolved within a period of nine months, with exceptional extensions of up to three months. In a case like that of Chiriaco and Morona – a mega process bringing together two oil spills – this deadline was very limiting.

“Another problem is the constant lawsuits that Petroperu presents against OEFA resolutions... As a result, the Wampis Autonomous Territorial Government and IDL have four judicial proceedings brought against us by Petroperu.[ii] These additional processes cost us a lot of time, money and patience; we don’t have the level of resources of a company like Petroperu.”

[i] Resolución Directoral N° 1060-2019 OEFA/DFAI, OEFA resolution in the case of pollution caused by Petroperu in the Chiriaco and Morona river basins.

[ii] These include four contentious administrative proceedings filed by Petroperu against the OEFA Environmental Oversight Court, in which the GTANW and IDL have been included as additional defendants, on the grounds that OEFA allowed these organisations to participate in sanctioning administrative procedures over oil spills in Cuninico, Morona and Chiriaco.