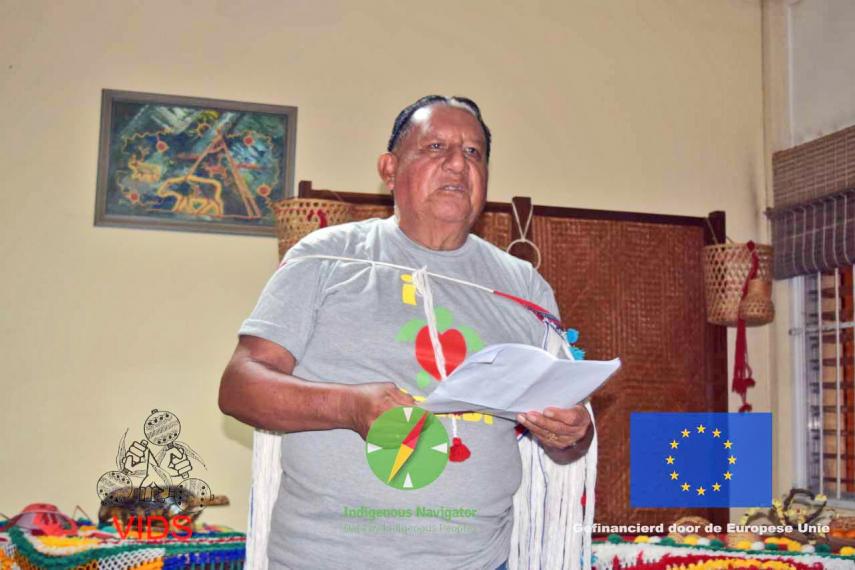 Storytelling is an age-old tradition in many indigenous cultures. But worldwide, the knowledge of ancient stories is decreasing among indigenous youth, as is the ability to speak their native language and the skill of storytelling.

To mark this year’s International Mother Language Day on 21 February, the Association of Indigenous Village Leaders in Suriname (VIDS) organised a storytelling evening in their Paramaribo office, as part of their wider efforts to revive this tradition. There was a lot of interest; every seat in the room was filled.

The evening was organised within the framework of the Indigenous Navigator, an EU-funded programme focusing on the monitoring of the rights of indigenous peoples and making the Sustainable Development Goals (SDGs) accessible to indigenous peoples. The storytelling initiative links to SDG4: ensuring inclusive and equitable quality education, and promoting lifelong learning opportunities for all, because it’ relates to indigenous peoples’ own ways of education and knowledge sharing. This, in turn, is embedded in the UN Declaration on the Rights of Indigenous Peoples (UNDRIP) articles 11 and 14: Indigenous peoples have the right to practice and revitalize their cultural traditions and customs. They have the right to establish and control their educational systems and institutions providing education in their own languages, in a manner appropriate to their cultural methods of teaching and learning.

Through these storytelling evenings, and their collaboration with the university library, VIDS hopes to that indigenous youth will be motivated to immerse themselves in their peoples’ history, stories, myths and legends.

Ninety-year-old master storyteller Guillaume Pool donated a selection of his personal books about indigenous peoples, their histories, languages and cultures (in Suriname and South America more widely) to VIDS. During the storytelling event he symbolically handed some of these books to VIDS, while others were displayed on tables. To make them accessible to the public, and indigenous students in particular, the collection will be managed by the Anton de Kom University in Paramaribo. As Pool said, “the secrets of a culture lie in their stories.”

In preparation for the story elling evening, Mr. Pool coached a number of indigenous youth in storytelling techniques. On the evening several stories were told. Vincent Aloema told the Kari’na story ‘Itepymbo’; Sandra Arichero-Jeffrey told the Arowak/Warrao story of ‘Kuwa, the crab feast’; and Starian Aloewanai ended the evening with his poem  ‘Jemery – my culture’. For Sandra, this was the first time that she told a story in front of an audience.

The evening also emphasised the importance of indigenous languages and the concern about the disappearance of active mother tongue speakers. Chief Jona Gunther from Erowarte made a call for action – for instance, organising workshops with elders who still speak the language.

The guest speaker was Dr. Ellen-Rose Kambel, Director of the Rutu Foundation for Inter-cultural Multilingual Education, who highlighted the important role played by schools and education in general. She shared examples of schools worldwide where indigenous children are punished for speaking their mother tongue. She stressed that with the loss of languages, it is not only the language that disappears, but also knowledge (about biodiversity, for example) that is captured in an indigenous tongue. While global evidence shows that children thrive better in bilingual education, a lot of schools stick to their policy of running programmes in the dominant language, forcing indigenous children to adapt, and to abandon their mother language and oral traditions. 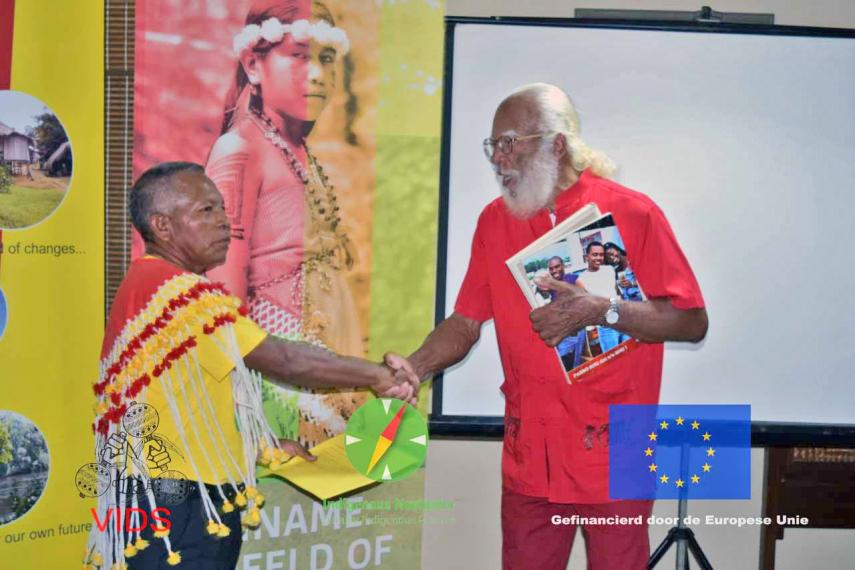 According to UNESCO, “linguistic diversity is increasingly threatened as more and more languages disappear. Globally 40 per cent of the population does not have access to an education in a language they speak or understand. Nevertheless, progress is being made in mother tongue-based multilingual education with growing understanding of its importance, particularly in early schooling, and more commitment to its development in public life. Multilingual and multicultural societies exist through their languages which transmit and preserve traditional knowledge and cultures in a sustainable way.”

Read more about the International Mother Language Day and the importance of cultural and linguistic diversity for sustainable societies on the website of UNESCO here.

VIDS is planning to organise more storytelling sessions, as well as other events to revitalise the traditions and cultural heritage of the indigenous peoples of Suriname in the coming years.

This is article is adapted from a text on the VIDS website.