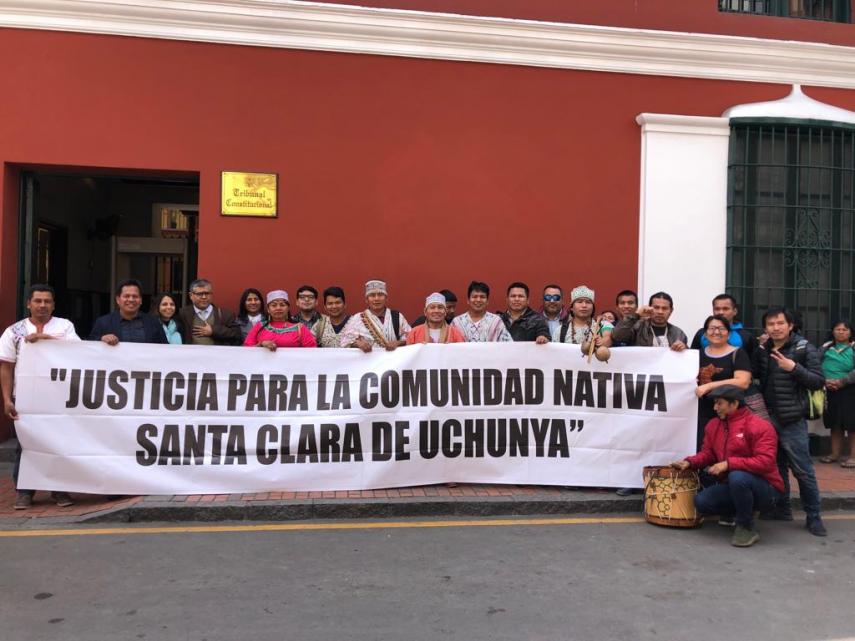 In a milestone for the defence of indigenous territories and forests in the Peruvian Amazon, the Regional Government of Ucayali (GOREU) has repealed a regional ordinance which sought to remove protections for more than 3.5 million hectares of rainforest and facilitate the invasion of indigenous lands.

Regional Ordinance No. 010-2018-GRU-CR, which was passed in 2018 by ex-Governor of Ucayali, Manuel Gambini, was intended to strip legal protections from forests previously classified as “permanent production forests” (BPP). This was meant to promote the expansion of industrial agriculture in what the United Nations Special Rapporteur on the situation of Human Rights Defenders, Michel Forst, recently described as "a context marked by corruption, land trafficking and threats against local villages."

The GOREU’s unprecedented policy reversal, which was published in Peru’s official daily newspaper El Peruano on 18 February 2020, comes after sustained pressure from the Shipibo-Konibo community of Santa Clara de Uchunya, whose untitled ancestral lands form part of over 100,000 hectares of forests placed under direct threat from settlers and agribusiness.

A leader from the indigenous community, Ivan Flores, said,

“Our ancestral territory covers more than 86 thousand hectares of mainly primary forests. With this ordinance, what remains of those forests was on the verge of being handed out by the GOREU to land-traffickers, who would then sell them on to the palm oil company operating nearby, Ocho Sur.”

“From the start, this ordinance bore the stamp of the powerful interests behind palm oil companies like Ocho Sur, because they stood to gain the most from its implementation,” Flores added.

The GOREU’s initiative was also challenged by entities of the central government in Lima, including the National Forestry and Wildlife Service (SERFOR), which requested that the ordinance be repealed in October 2018, “for contravening the limits of the competence of regional governments.”

However, this did not deter the Ucayali Agrarian Agency, the regional office of the Forestry and Wildlife Service, district mayors and other Regional Government officials from setting up a commission on 28 June 2019, with powers to dissolve protections for BPP-classified forests, and enable settlers to obtain certificates giving them rights over invaded lands.

In response, Santa Clara de Uchunya, together with the Federation of Native Communities of Ucayali (FECONAU), the Institute of Legal Defense (IDL), the National Coordinator of Human Rights in Peru (CNDDHH) and Forest Peoples Programme, filed a formal petition in July 2019 to the UN Committee on the Elimination of Racial Discrimination (CERD), under its Urgent Action and Early Warning procedure. The UN body subsequently called upon the GOREU to consider cancelling the ordinance and to take special measures to protect community members of Santa Clara de Uchunya from intimidation, harassment, threats and attacks by groups of land-traffickers present within their ancestral territory.

News of the GOREU’s decision emerged at the same time as new figures which found that whilst deforestation levels overall in the Peruvian Amazon experienced a slight decrease in 2019, Ucayali nonetheless experienced a significant 39.8% increase in forest clearance.